Toward the Pagan Restoration of Sacrifice

In a discussion at Pantheacon on sacrifice a number of years ago, an Iranian Zoroastrian was present who said, "If blood does not flow, it is not sacrifice." But in the ancient world, as in some Hindu traditions and elsewhere today, there emerged the ideal of blood-less offering. Pythagorus in some accounts counseled thus, and there were certain temples and altars at which blood-sacrifice was forbidden. In fact, there was a large array of material sacrifices that did not involve killing animals. Besides the aforementioned libations (primarily watered wine, but also plain wine, oil, milk, and even water), flowers, fruit, vegetables, and grain, especially barley, were offered. Specially made cakes were also quite common, and, of course, the ever-present incense.

The ancient Greeks also made gifts of craft and art to the Gods, dedicating them as a mode of sacrifice. These were then added to the treasury of the God rather than being destroyed. Statues were also made, sometimes commissioned, and after being duly sacrificed, became objects of worship. Copying out sacred writings is also a kind of offering, very literally spreading the word. These are often collected and stored in Icons, or sacred statues, as part of the Icon's sanctification. Coin, which Pagans know to be one of the four great elemental magical tools, was also offered and used to support the shrine. When done properly, donations, tithes, and bequests all become sacrifices that redound to the offerer with the spiritual benefit of the Deity.

There are other methods such as those in Tibetan Buddhism that Pagans can adopt, such as making offerings with mantra and symbolic gesture, or sets of offerings based on the four (or five) elements and the senses to create a kind of completeness. Also, water can be poured out into receptacles and magically transformed into the proper offerings. Ghi (clarified butter) can be likewise transformed and poured into fire with great dramatic effect. Mandalas, graphical representations of the world or parts of it, made of gems and minerals, herbs and grain, or just colored sand can be made and destroyed as offerings.

Some traditions develop the idea of merit, a sort of calculus of karma, where the practice of giving over time accrues to the offerer a certain quantity of benefit in proportion to the gift. This kind of thinking can have its problems—the Catholic practice of indulgences comes to mind. But it can also be more positively applied to action as a mode of offering, where labor in support of spirituality (like cleaning the temple or supporting the priestfolk) is itself seen as a kind of sacrifice.

What is vital is the doing: the methods are numerous and should be chosen on the basis of experimentation. The lists above are only the beginning. Animal sacrifice should be on the table at least for the meat eaters, at least once in life. (It feels to me like there is a moral obligation in there because I eat meat.) We can also remember that making offerings is not just for the Spirits and to the Gods but to teachers and leaders for honor, thanksgiving, and for their health and well-being.

Iamblichus counsels that in sacrificial best practice, we remember all the beings to whom offerings should be made: we should cycle up from the local spirits, the elementals, then All the Gods, the retinue of the Deity intended, and then the Deity. You can then go on to the Creator and the One and the Void, if those are part of your cosmology. Experience has shown that the time for doing magic is right after the offering cycle (powerful!). And remember, a libation without dedication is just a spilled drink.

It is time for Pagans to restore sacrifice to its ancient and central place in our rites (and some are!). The world needs the Gods in Their fullest presence and we need to be fully present to Them if we wish our species to live in harmony with our world. The rite of sacrifice is crucial to our success. Let us restore it. 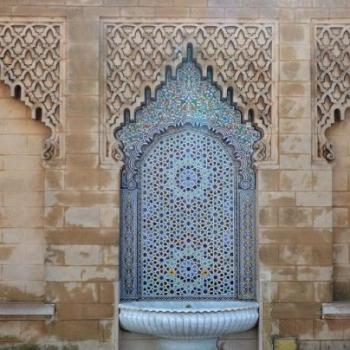 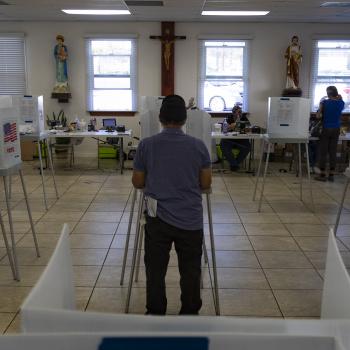 Faith in numbers: Trump held steady among believers at the ballot – it was the...
The Conversation
3 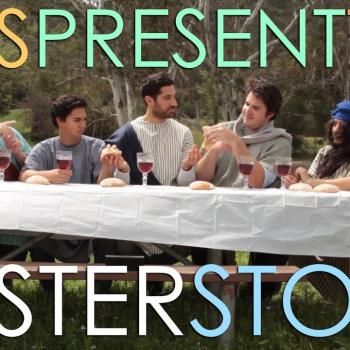 Don’t Be a Dawkins: Five Films Towards Being a Better Trans Ally
Andrew Spitznas
Get Patheos Newsletters
Get the latest from Patheos by signing up for our newsletters. Try our 3 most popular, or select from our huge collection of unique and thought-provoking newsletters.
From time to time you will also receive Special Offers from our partners that help us make this content free for you. You can opt out of these offers at any time.
see our full list of newsletters
Editor's picks See all columnists