Time has a way of reaching out unexpectedly and tapping one on the shoulder. I received such a tap yesterday.

My father, Kendrick, had two brothers, Leigh and Dana. After a stint training B-17 crews during the Second War, Leigh became an engineer, eventually managing a major department of the big power utility in California. Dana, who had been called "Doc" since childhood, earned a Ph.D. in biology. My grandmother thought her youngest son, my dad, would never amount to much. He struggled through high school and on into college, eventually earning a degree in geology from a state school after getting kicked out of Cal. The major achievement of his time at Berkeley was marrying my mom, which was an achievement indeed. One reason for his success in this was that he was, as she says, "pathologically honest," although I know that a slightly naughty charm had more to do with it than she likes to admit.

One of my favorite characters in Norse myth is Thialfi. Perhaps you remember him. He is the poor boy with no prospects who is offered a dinner of Thor's goats, on the condition that he does not break the bones. Of course, he does break the bones, and then admits to it, at great risk to his life. I tell some stories about Thialfi that you won't find in the Eddas. If I feel confident that I know him in story, I think it is because I knew him in life. I called him Pop.

Uncle Leigh had no children of his own, although he and his wife provided a surrogate home as needed for nieces and nephews on both sides of their marriage. Dana had three children: two boys and a girl.

I saw Leigh and my aunt fairly often, and I looked forward to that. They were classy people, and I admired them. As a little boy, I thought their childlessness was strange, but was instructed to keep such thoughts to myself, or better yet, not have them. I expected to get to know Dana and his wife and children, too. The idea of cousin was understood by me, if only by description, and I wanted to know mine. It seemed only fair.

But that didn't happen. At any mention of Dana, something happened to Pop's face. It was as if someone had snuck some rotten fruit, or perhaps a large burr, into his mouth without his knowledge or assent. And then words would come out. No, not those words. I knew those words, having learned them from the boy next door, whose father was a used car salesman. I knew those words and very many others at a young age. These were other words, words with complexity and subtlety that I would not really understand for a long time yet. Pop was fearsome when angry or annoyed, and the thought of Dana annoyed him. His words were like battering rams, or lightning bolts: hot, heavy, forceful, dangerous things that caused people to cower and cringe. He didn't even have to raise his voice, although he did sometimes, which made it worse.

We did go to see Uncle Doc and his family once at their home in another city, several years late by my reckoning. When helping with dinner, my mom discovered a salamander in the refrigerator next to the milk. I knew what Dana did for a living, so this made sense to me, although the episode turned into an apparently humorous anecdote that has rattled down through the years.

By that time, Pop had given up on geology. According to him, the mining business was full of congenital liars, and most of the business that was offered to him consisted of helping the liars lie. See above for indications of how he felt about this. Now he was a schoolteacher, and his engineering talents had shifted from designing mining systems to designing teaching materials. He was even more talented at this, and he didn't have to lie to anyone.

We did see Dana and his family now and then at some space in years. He had taken up the life of the adjunct professor, with a stint every summer as a ranger in some national park, usually in the Sierras, usually not all that far from where we lived. Damn close, actually. On one occasion, we woke up to find them camped out on our back lawn. They had been rained out of the mountains and needed about two days of time with a clothes dryer to get all their stuff back into usable condition. We had such a dryer, which they helped themselves to without any mention of our power bill. While there, Dana also asked to use our typewriter. He had previously applied for a grant to study something, received the grant money, spent it, then decided he didn't want to study whatever he said he would study after all. He needed to type up a letter to send to the grantor, saying the academic equivalent of Sayonara, buddy! He showed the letter to my mom. She still becomes livid at the recollection.

That was when I started to understand some of what Pop said about his brother.

More understanding would come with time and other stories I could tell you.

But what I really want to tell you about is my cousins. And what I have to tell you is: not much. I did get to know Dana's oldest son a little many years later, which is another set of stories, none of which will you read here, or anywhere else. When we were growing up, however, all I could ever conclude about my cousins was that these were people I could not know. Each was some separate kind of cipher, a distinct enigma that had its own bad feeling to it. 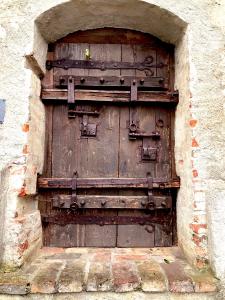 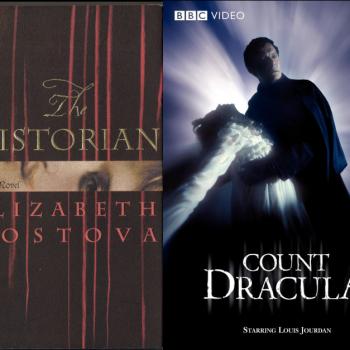 How It Went: Four Reviews from the October Viewing and Reading Challenge
John Beckett