It's time to take this apart and get clear.

I made this title statement in my first post, and it caused a fair bit of commotion. Some said oppositionally that they can do whatever they please. Some objected that the worship of Jesus Christ is acceptable so long as one is not a creedal Christian: the "he's a good guy" thesis. In other words, the God is all right but the religion and its humans are not. Some even see no conflict between Christianity and Paganism. I was moved by the intensity of some of the positions held in the comments, but after contemplation I return to my own view, one held by many Pagans today and communicated to me both in the comments and privately. While I can't speak for others, I can tell you my reasoning about why you can't worship Jesus Christ and be Pagan.

I focus on worship in this discussion because worship is the living act of religion. Belief is just thinking about religion, and in healthy persons it changes with their development. Only in Christianity is belief central. (Islam, for example, may be creedal, but it is not belief-based; it is submission-based. Perhaps there are other religions that make belief central, but in my view it would do them no credit.) If you are focused on what you believe, not what you do, you are thinking like a Christian. If you want to be a better Pagan, stop worrying about what you or anyone else believes, but get to work and practice your variety of Paganism. Mostly you need to invoke and get to know your Gods. Then you will know, and not need to believe.

Before addressing this defining issue of contemporary Paganism, I had to take a step back to clarify the nature of Pagan authority in my last post. Recently, I also discussed the technical nature of worship. I recommend reading these essays first so that the following will be comprehensible.

Also, I have a very distinct definition of Paganism that I have covered elsewhere and which gives context to my view. In short, the term "Pagan" only applies to that complex of religions that develop starting with the Renaissance and eventually call themselves Pagan. It does not apply to the ancients, or to cultures outside the European, Mediterranean, and Mesopotamian region. Neither the ancient pre-Christian religions nor those foreign to the aforesaid region call themselves "pagan," and while they have much in common, they are each distinct and should be referred to by their proper names. Contemporary Paganism is derived from the occult revival that began with the Florentine Renaissance and is a uniquely modern phenomenon. We are a very different people from the ancients and do not share their worldview even as we reconstruct their religions.

But mostly, readers will have to be serious about what they are doing religiously for this essay to be relevant. Paganism and Christianity are real things with real, established characteristics. To adhere to either of them requires certain commitments, without which you do not belong to either of them. So, if you are serious, come think this through with me.

Fundamentally, Paganism is disjunct from Christianity. A person can only be one or the other. While technically a Pagan is not forbidden to worship Jesus Christ (but shouldn't or wouldn't, see below), Christians are condemned to eternal punishment if they worship anyone other than the persons of the Trinity. If you are Christian, worshiping other Gods is one of the most massive sins you can commit. (See Ex. 22:20—"He that sacrificeth unto any god, save unto the LORD only, he shall be utterly destroyed"; also 1 Jn. 5:21; 1 Cor. 10:20; Dt. 32:17; Ex. 32:1-6; 1 Kgs. 12:28-30.) Here is a link to a fairly normative, if biblically founded Evangelical presentation of the Christian understanding of other Gods. If, as a Christian, you think you can dodge this problem, you will have to answer to your God. He forbids the worship of other Gods, as well as magic, divination, astrology, and so forth, under pain of damnation. These scriptures dispose of the Christian side of the equation: You can't be a Christian and do Pagan things.

If you are Pagan, worshiping Jesus Christ, or His Father or the Holy Ghost, is a different kind of problem. There is nothing to forbid such, but why would you?

Technically worship strengthens that which is worshiped (see my blog) both in the world and in the life of the worshiper. Thus worshiping any or all of the Trinity makes you more Christian and less Pagan. This looks good to Christians. Christianity and its God desire our (that is, Pagans and everybody else) elimination through ideological imperialism and ethnocide; all must be converted. If you want a good solid Christian vision of this, read the Revelation of John. Jesus promises to throw us all in the Lake of Fire, in other words to destroy us or torment us for all eternity if we do not bend the knee and confess that he is our Lord and Savior. 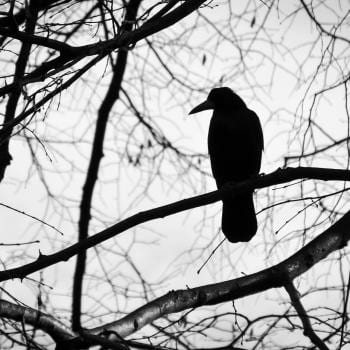 The Corner Crone: I'm Not OK (and You May Not Be Either)
Martha Kirby Capo
2 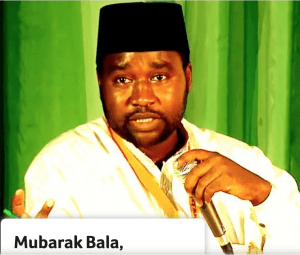 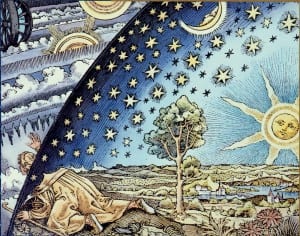 HOW ZEN IS LIKE AA AND WEIGHT WATCHERS
James Ford
Get Patheos Newsletters
Get the latest from Patheos by signing up for our newsletters. Try our 3 most popular, or select from our huge collection of unique and thought-provoking newsletters.
From time to time you will also receive Special Offers from our partners that help us make this content free for you. You can opt out of these offers at any time.
see our full list of newsletters
Editor's picks See all columnists