"In the midst of today's ferment and fervor, the central Christian ideals of peace, love, and reconciliation are being lost entirely in single-issue voting, accusations of hypocrisy or apostasy, and distinctly un-Christian adversarial politics" (Faithful Citizenship).

Since October of 2010, I've been writing this weekly column for Patheos on the intersection of religion and public life, and for the past two summers, I've been Residential Scholar at the Gladstone Library, one of the world's great research centers exploring theology and politics. During that time, I've been thinking theologically about the issues that show up in the news everyday—and about the ways we try to address them in our politics.

Those of us who try to be theological about our life together feel that America has gone badly off the rails; even those of us who call ourselves religious don't seem to be living differently from the rest of the culture. That's why Patheos asked me to write a book about what it might mean to approach political life from the standpoint of our religious beliefs instead of from the standpoint of partisan politics, and Faithful Citizenship, a full-length e-book from Patheos Press, is the result. I hope you'll enjoy this excerpt from the first chapter, and that it might prompt your own reflection about what it means to be a faithful citizen.

Sometimes when I tell people that I write about and try to come to some conclusions about religion and politics, they will make a face of some kind and go on to tell me either "I'm spiritual, but I'm not religious," or its secular equivalent, "I'm not a political person."

Plenty has been written about the former assertion, and I'm not going to open that up in this space. But I do want to address the latter statement, since I think people wouldn't actually respond that way if they gave it a bit of thought. What people typically mean by "I'm not a political person" is, one or more of the following:

I'm not a partisan political animal.

I don't eat, breathe, and bleed Red or Blue.

I'm disgusted by the corruption of both major political parties.

All politics is divisive, so why talk about it?

I think American politics is dirty, or compromised, or imperfect, so I don't want anything to do with it.

I don't trust politicians as far as I can throw them.

I've been disappointed by the political process one too many times.

Many Americans feel these sentiments more or less strongly, but they are certainly a part of the culture. Steven Berglas, writing in Forbes, said what many of us now believe: "All politicians seem devoid of moral compasses." These negative beliefs about politics are lived out dramatically in George Clooney's 2011 political thriller The Ides of March, a world we'd honestly rather not enter. My Patheos colleague Ben Witherington wrote this withering critique of the state of American public life as represented by the film:

What's not to like?  Well frankly, almost all of the persons in the story itself, who range from arrogant to conniving to cowardly to sinister, to positively wicked.  Welcome to politics as we know it (in the dictionary the word politics is now filed under the word 'dirty' as a synonym).  For an hour and 38 minutes we follow the trail of a young bright up-and-coming campaign staffer [Ryan Gosling] for one Governor Morris of Pennsylvania [Mr. Clooney] and the questions which keep popping into one's head is—Do I like any of these people, why should I care about them, and are these really the kinds of people we end up voting for?

So I understand why the word "politics" might make you think of partisan dirty tricks, of self-interest instead of public service. That's how lots of us have come to view the word in our culture.

But when someone says "I'm not political," the meaning it almost never takes is this: I don't care what happens to me, my family, or the rest of the world. 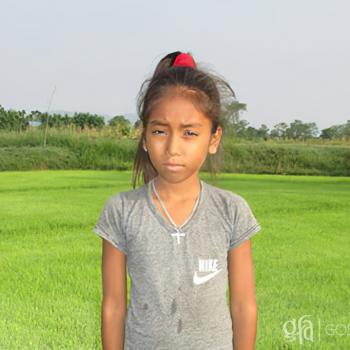 Ephesians in 3D Releases August 2020!
Frank Viola
Get Patheos Newsletters
Get the latest from Patheos by signing up for our newsletters. Try our 3 most popular, or select from our huge collection of unique and thought-provoking newsletters.
From time to time you will also receive Special Offers from our partners that help us make this content free for you. You can opt out of these offers at any time.
see our full list of newsletters
Editor's picks See all columnists