I don't know why, but yesterday's worship service at the United Methodist Church my husband and I attend was more inspiring than usual. It's usually meaningful, but there was something especially moving in it for me. As I sat in the choir looking out over the congregation, I felt like a branch reconnected to the Vine, to speak in terms of this week's lectionary gospel text from John 15:1-8. I felt inspired to recommit my efforts to God. Inwardly, that is. I wasn't going to make a public visit to the altar—I would have had to clamber over the bell choir and their bells poised for the postlude. So I remained seating in the alto section, energized and inspired.

Maybe it was the opening hymn, "O Jesus, I Have Promised." I would not have listed it in my top ten favorite hymns before yesterday. Yet somehow it spoke to me, through the centuries that separated me from its writing and despite the flowery "thous" and "arts" with which it was filled.

O Jesus I Have Promised to serve thee to the end;
be thou forever near me, my Master and my friend.
I shall not fear the battle if thou art by my side,
nor wander from the pathway if thou wilt be my guide.

O let me feel thee near me! The world is ever near;
I see the sights that dazzle, the tempting sounds I hear;
my foes are ever near me, around me and within;
but Jesus, draw thou nearer and shield my soul from sin.

O let me hear thee speaking in accents clear and still,
above the storms of passion, the murmurs of self will.
O speak to reassure me, to hasten or control;
O speak, and make me listen, thou guardian of my soul.

O Jesus, thou hast promised to all who follow thee
that where thou art in glory there shall thy servant be.
And Jesus, I have promised to serve thee to the end;
O give me grace to follow, my Master and my Friend.

I came home and researched the hymn's history. Maybe, I thought, its words had an emotional origin—like John Donne's poem "For Whom the Bell Tolls" or "Precious Lord, Take my Hand" by Reverend Thomas Dorsey. Or maybe the lyrics sprang from a deep sorrow or tragedy of the hymn writer.

But, no. The background was pretty matter of fact. I found that John Ernest Bode was an Anglican clergyman serving a small parish near Cambridge, England when his three children, a daughter and two sons, were ready for confirmation. Bode not only presided over their confirmation, but also wrote this hymn especially for the occasion—telling the children that the hymn included "all the important truths I want you to remember."

He was right. It does. And it is a nice musical accompaniment for John 15:1-8, which is a pretty matter-of-fact text.

In this passage, John's Jesus is saying matter of factly: "I am the true vine. The Father is the vinedresser. Your relationship with me is patterned on mine with the Father. As the Father has loved me, so have I loved you. Whereas Israel, God's vine or vineyard, never fulfilled its calling to be fruitful for God, by contrast, I am the true vine who now brings fulfillment to reality. Stay connected to me and you will bear fruit. Don't and you won't."

The Old Testament and later Jewish thought used the metaphor of the vineyard for Israel, potentially fruitful (Is. 27:2-6), but more often unproductive (Jer. 5:10; 12:10-11). In the wisdom literature of the Bible, Wisdom is depicted as a tree of life (Proverbs 3:18), and in later wisdom literature, Wisdom is depicted as a vine or tree that bears the fruit of wisdom in human life. In the synoptic gospels, Jesus draws on Old Testament vine and vineyard symbolism in his parables, such as The Workers in the Vineyard (Mt. 20:1-16), the Two Sons (Mt. 21:23-32) and the Barren Fig Tree (Luke 13:6-9).

As the source of wisdom and the fulfillment of the vineyard's potential, Jesus dwells in and with us and asks that we dwell in and with him. The hymn "O Jesus I Have Promised," speaks of Jesus' promise to us and asks us to respond with a promise of our own. It's a present-tense promise. In many other passages in the Last Discourse, union with Jesus is described as belonging to the future (14:3, 20-22, 16:22) But in 15:6-7, the disciples are described as being already in union with Jesus and the emphasis is on remaining or abiding in that union.

Jesus repeatedly uses the word "abide" to describe that relationship of the vine to the branches. One of Jesus' key appeals in John's gospel is that the disciples "abide in me," which is also translatable as "Make your home with me" or "Stick with me." This sticking with, homing, or abiding union with Jesus' life results in the fruit bearing of outreach and discipling. 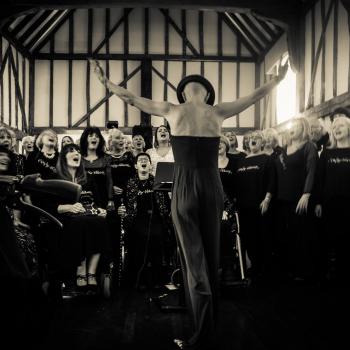 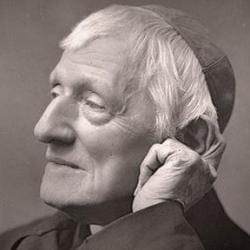 Actor 'didn't understand' that a character she was to play was gay
Barry Duke
Get Patheos Newsletters
Get the latest from Patheos by signing up for our newsletters. Try our 3 most popular, or select from our huge collection of unique and thought-provoking newsletters.
From time to time you will also receive Special Offers from our partners that help us make this content free for you. You can opt out of these offers at any time.
see our full list of newsletters
Editor's picks See all columnists