I recently attended a screenwriter's conference in Taos, New Mexico. One of the topics we discussed was movie clichés to avoid in our scripts. It turns out that the most overworked cliché in recent decades is "You just don't get it, do you?" Dr. Evil says it in an Austin Powers movie whose subtitle I won't mention. Martin Lawrence delivers the line in Big Momma's House. We hear it on the lips of Stanley Tucci in The Devil Wears Prada, and Marisa Tomei in My Cousin Vinny. Time does not allow an exhaustive list. Take my word for it; it's a long list of stars.

But the list doesn't include Jesus. Jesus doesn't deliver this line to his detractors in John 6:41-51, although I wouldn't blame him if he had. The group, referred to as "the Jews," wouldn't be the first people in the Gospel of John not to get it. In just the first six chapters, Jesus has shown remarkable patience with all kinds of people. One of the themes of John's Gospel is that Jesus is "from above," of the light, and that he bears a message of eternal significance. He has come down to our world, where there is darkness that has almost overcome the light and where we are focused on that which is physical and fleeting. The Prologue tells us that "He was in the world, and the world came into being through him, yet the world did not know him. He came to what was his own, and his own people did not accept him" (1:10-11). The theme of non-recognition and rejection is a thread that runs through the gospel of John. Those who recognize Jesus' divine identity and mission believe in him and have eternal life. Those who don't . . .

The encounters Jesus has with several people and groups, just in the first six chapters of John, show needy, troubled people encountering Jesus and displaying various degrees of incomprehension. To all of them Jesus could have quoted that movie cliché "You just don't get it, do you?" (Hereafter abbreviated as YJDGIDY?)

Jesus could have asked this of Nicodemus in chapter 3. "No, I'm not talking about being born again from your mother's womb. I'm talking about spiritual rebirth." YJDGIDY?

He could have said it to the woman at the well in John chapter 5. "No, I'm not talking about a drink of water from this deep, dank well. I'm talking about my presence that fills a thirst no earthly water can quench." YJDGIDY?

He could have said it to the man by the pool in chapter 5. "No, healing doesn't come from bubbling water stirred up by an angel. It comes from me, and I'm standing right here next to you." YJDGIDY?

He could have said it to the crowd in chapter 6. "No, I'm not talking about bread that wears off in a couple of hours and leaves you hungry again. I'm talking about the Bread from Heaven that God has sent into your world to feed you so that you may have eternal life if you believe in me. God sent the manna, not Moses. God sent me. I am God's own Son. I'm the manna." YJDGIDY?

He could certainly have delivered this line several times in the course of his remarks to his detractors in 6:41-51. Really? You think because you know my origins, you know who my dad was and where I came from, that this invalidates my claims? Didn't you hear me say that "The Bread of God is that which comes down from heaven and gives life to the world" (6:33)? That you know where I grew up is the whole point. God has come into your here and now through me. YJDGIDY?

When studying the Gospel of John, we need to be careful that we don't identify the term "the Jews" with all Jews of Jesus' day and certainly not with Jews today. It refers to a group of those who opposed Jesus, and probably is colored by the conflicts John's community was having with local synagogues near the end of the first century. When we read of characters or groups in Scripture behaving badly, our first impulse is to judge them and certainly not to identify with them in any way.

But let's make ourselves more vulnerable and open ourselves to the correction and purification this text offers us. We can only be nourished if we accept the bread that is offered. What would happen in our inner lives if we allowed ourselves to be addressed by the line Jesus could have said to his detractors: YJDGIDY?

YJDGIDY? Your own prophets foretold that you would be taught by God. Yet here I am sent from God and you scorn me.

Have we disregarded the truths of the religious traditions from which we came?

Have we been too preoccupied or cynical to open our minds and hearts to the promises of God through Jesus?

YJDGIDY? Jesus tells "the Jews," "Your ancestors ate the manna in the wilderness and they died" (Jn. 6:49). God now offers us the bread that results in eternal life. Rather than open our minds and hearts to God's presence, do we also focus on negative minutiae and harden our hearts? 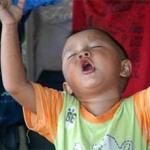 How is it not abusive teaching kids that the dead can walk again?
Rick Snedeker
2 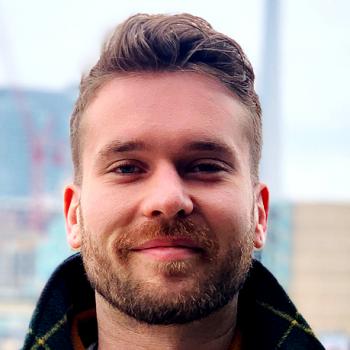 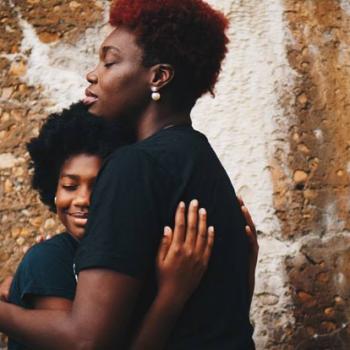 When It Comes to Parenting Your Teenage Children, No One Can Take Your Place
Randy Alcorn
4 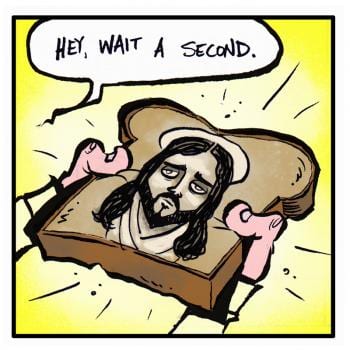 The Holy Toast
J. Burrello
Get Patheos Newsletters
Get the latest from Patheos by signing up for our newsletters. Try our 3 most popular, or select from our huge collection of unique and thought-provoking newsletters.
From time to time you will also receive Special Offers from our partners that help us make this content free for you. You can opt out of these offers at any time.
see our full list of newsletters
Editor's picks See all columnists