I see this passage from Luke as part two of a three-part plot. Part one is the parable that comes right before it, The Parable of the Great Feast. It recounts how invited guests offer excuses for not attending a party at the last minute. This passage warns of the cost of accepting the invitation to follow Jesus. The final part, part three, the Parable of the Lost Sheep, shows what happens when we decline the invitation. We become lost, slipping into an isolated and dangerous spiritual place from which only Christ can rescue us.

First, the invitation and why we decline. I sent out an evite one time to around thirty people. It was for a social event at my home for those who, at the time, were my co-workers. I was busy at the time, but thought it would be a good way to boost camaraderie at work. Usually the "no's" are gentle and offer some concrete reason for not attending, like "Will be out of town, but thanks so much for the invitation!" or "We have rehearsals every Sunday afternoon and I have to be there. So sorry to miss this!" This particular time, I got several responses that said "Great idea to have a party. Can't make it." The message I got after the fifth such response was, "We think your idea of having a party for us is very nice, but we don't want an obligatory social event on a weekend." Five people came and we had fun. But I got the message.

In the parable of the Great Banquet, the host had a whole lot more reason to be annoyed than I did. I hadn't bought the food and set the tables when I got the turn downs. He had. Everything was ready. He had expended time and expense, only to be met with last minute excuses. I confess to feeling a little bit of relief that, with only a few people coming, it meant less time for me in preparation and cleanup.

For his party and mine, the underlying reason people didn't want to come was this: they did not want to set aside what they had become absorbed in doing to attend a party that sounded like a great idea in theory but that, when it came down to actually attending it, felt like an unwelcome obligation.

Part two of what I'm viewing as a three-part play is Luke 14:25-33, what the NRSV titles "The Cost of Discipleship." We are told that "large crowds were traveling with him" (14:25). He turns and offers a series of teachings about the cost of following him. It involves making Jesus one's first priority. Jesus uses characteristic hyperbole—hating family and life itself by comparison with one's commitment to being his disciple (14:26). He further says that to be his disciple one must carry the cross and follow him, a prolepic image for the sacrifices that continuing to follow him will entail. It is not about a life in which one is a doormat, to be used and even abused for others' convenience and pleasure. Rather, it pictures a life in which one uses one's gifts and abilities on behalf of the community, accepting sacrifice and complexity and inconvenience as part of one's vocation.

Beginning in 14:28, Jesus gives two cautionary vignettes, one of a man building a tower who runs out of supplies, the other of a king who sets out to battle another king and discovers his forces are outnumbered. In both cases the problem arose because someone did not count the cost before they began the enterprise.

I just filled my car with gas. I had to pay first. That's generally the way it works. First you pay, and only then do you fill your gas tank. If we embark on projects for which we do not have what it takes, what happens, according to these vignettes of tower and king? Humiliation and defeat.

So if Jesus is warning us against accepting invitations we don't have the goods to see through to the end, is he giving those who didn't come to the banquet a pass? Is he giving them a back-handed compliment for their honesty? Are we to get from this that it is a viable option for us to say, "I don't want to come to the banquet because I have other priorities"? Is it okay to admit, "I don't want any part of carrying the cross? I don't have what it takes to answer the invitation to follow Jesus? I don't have a strong enough spirit of service, and I lack the depths of compassion for others to be a disciple?"

Does that sound too grim? Too melodramatic? I don't think so. I think it's a realistic counting of the cost. The cost of not following Jesus, not coming to the banquet, not carrying the cross. What a pity it would be for us to respond to God's evite in this way: "Great idea to have party.

I won't be there." The only way to find joy, peace, and a repaired relationship with God and others is by living for others out of our love for God. That is a bedrock conviction of the entire gospel of Luke. Discipleship comes at a cost. But staying home and not answering the invitation comes at an even higher cost.

We do not have what it takes, out of our own human resources, to see this sacrificial way of living through to the end. The good news is that God, working through Jesus, the Good Shepherd, helps us to persevere in the life of discipleship when our energy flags and our patience reaches its expiration date.

When the host sends servants around to let us know the banquet is ready, the best response might be: "Great idea to have a party. I'm on my way!" 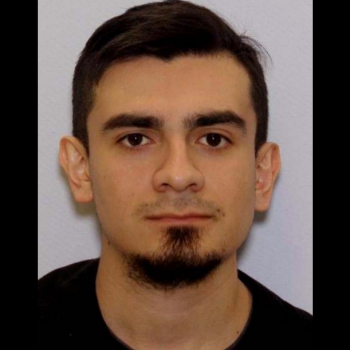 Capitol Siege Participant Told Parole Officer He Was in D.C. to Give Out...
Hemant Mehta
3

LIVING IN THIS FLOATING WORLD: A Meditation on the Zen Koan, "Zhaozhou's Bowl"
James Ford
4

St. Ambrose on St. Agnes
Billy Kangas
Get Patheos Newsletters
Get the latest from Patheos by signing up for our newsletters. Try our 3 most popular, or select from our huge collection of unique and thought-provoking newsletters.
From time to time you will also receive Special Offers from our partners that help us make this content free for you. You can opt out of these offers at any time.
see our full list of newsletters
Editor's picks See all columnists