Searching for God in All the Wrong Places: Reflections on Isaiah 9:1-4

Frankly, I find this text for the third Sunday after Epiphany, a text that is chosen to illuminate the meaning of the coming of Jesus of Nazareth into the world, rather troubling, if not downright dangerous. Isaiah is ringing the changes once again on an old prophetic theme: times have been tough, but they are about to get a whole lot better, because God is going to act on behalf of the chosen people just as God did long ago against the evil forces of Midian (Is. 9:4). Well, why is that tiny bit of Israelite memory (there is little certainty that it bears even a trace of history) potentially troubling or dangerous? If we so-called chosen ones, we 21st-century Christians, await the victory of God over our enemies, there is peril aplenty in entertaining such a hope.

First, we too readily assume that we are in fact "chosen ones" of God. How often has this conviction determined the foreign policies of the U.S., as we have blundered our powerful way around the world, attempting to lead others (or to coerce others) into "our way of life," which we assume is beyond doubt far superior to any other way of life? When our military juggernaut burst into the nation of Iraq some ten years ago, instead of being received with flowers and cheers in response to our attempt to free them from their own dictator, they quickly turned against us, saw us as nothing less than invaders, and spent the succeeding years fighting furiously to expel us from their land. Our bold certainty that we are "the best," the modern chosen ones, has blinded us to our own arrogance. If God is on our side, then God surely is not on theirs.

And second, the identification of just who the enemy is becomes problematic. If we are chosen, then they must be the enemy. And if they are our enemy, then they must also be the enemy of God. And if they are the enemy of God, then it follows that God will eventually destroy them in order to rescue us, the chosen. Such diabolical logic has regularly driven the wars of humanity. I am reminded again of Voltaire's Candide where after a great battle, "each side retired to their respective tents and offered up great thanksgiving to God for their victory over their enemy." And whose side exactly is God on?

Too often, we citizens of the U.S. have called ourselves the chosen ones of God, destined to bring to the world the light of our sacred truths. Isaiah 9:1-4 could unfortunately be heard that way, if we people of the U.S. see ourselves as the Israelites and see the others as the wretched Midianites, who in the great divine plan are doomed to inevitable destruction at the hands of a vengeful God.

Just who were these "evil" Midianites? They were apparently a social group of camel riders who lived east of the Jordan River in what is now the southern deserts of the modern state of Jordan. Whatever historical reality they may have had probably ended sometime before the Israelites established themselves in the highlands of Israel in the 11th and 10th centuries B.C.E. But whether we can offer an accurate historical record of such a clan group is less important than the story about them, which is found in Judges 6-8. There they are described as a vast military group, riding their camels in terrifying raids on the peoples around them, extorting taxes and making deep agricultural demands on those who lived on more productive lands than the deserts of Midian.

Finally, in the light of the oppression of the Midianites, YHWH calls on the unlikely Gideon to rise up and defeat them. He does not do so by raising a huge army to confront them in battle, though he does first, according to the tale, amass a large force of soldiers. But through a comic series of cullings, the army is reduced from a mighty force to a puny band of three hundred or so, armed only with torches and trumpets! But with the magical help of YHWH, these three hundred trumpeters and torch-bearers in fact defeat the Midianites who are miraculously forced to kill one another in a vast slaughter. As a result, the Israelites are freed once again from an external foe by the will and power of YHWH; the victory has little to do with them at all. The moral of the story is: trust in YHWH for victory, for with torches and trumpets alone you are by yourselves toast!

Yet, how far from our contemporary lives is this story! The U.S. has the most powerful military in the history of the world, and though we do indeed still have trumpets and the modern equivalent of torches aplenty, we most certainly do not rely on them for our victories; cruise missiles, drones, and assault weapons will do quite nicely, thank you. We clearly do not rely on YHWH when we fight our battles, however much we pray before we head off to the slaughter. We simply cannot, in short, identify our modern selves with these ancient Israelites, waiting for the mystery of God to give us victory. 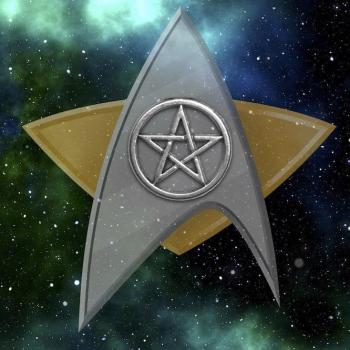 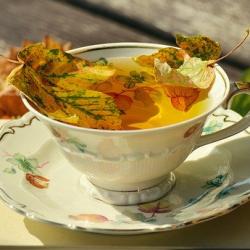 The Tin Cup Rattle for Autumn
Mary Pezzulo
Get Patheos Newsletters
Get the latest from Patheos by signing up for our newsletters. Try our 3 most popular, or select from our huge collection of unique and thought-provoking newsletters.
From time to time you will also receive Special Offers from our partners that help us make this content free for you. You can opt out of these offers at any time.
see our full list of newsletters
Editor's picks See all columnists