Fiction writers talk about the importance of "concrete significant detail" in their fiction. It's the difference between "He was driving down the road" and "He was on I-75 just about to get to the High 5." Concrete significant detail signals to the reader or listener that the writer or speaker knows whereof she speaks. It signals specificity of experience and conveys credibility. Good storytellers include not what's just concrete but what's significant to the flow and theme of the story they are telling. It's not enough for details to be concrete without significance. And we don't usually find things to be significant unless they are applied to us in a concrete way.

In our text from John 1:29-42 we are given a concrete detail: "It was about four o'clock in the afternoon." This is a concrete detail, but is it significant? Raymond Brown in his commentary on John asks the question we wonder as well. Is the time indication of any significance? (Brown, p. 75) He points out that sometimes Johannine notes on time do seem to have special import, e.g., "noon" in 19:14; other times they do not, e.g., "noon" in 4:6. A suggestion Brown finds persuasive is that the day was a Friday, hence Sabbath eve; thus, the disciples had to stay on with Jesus from four o'clock on Friday until Saturday evening when Sabbath was over, for they could not move any distance once Sabbath had begun on Friday evening. They had to stick around. And once they had met Jesus, sticking around coincided with their preferred way to spend their time (Brown 75).

As we trace the events that led up to this unique opportunity, we need to keep in mind that John intends for the characters in the narrative to represent the readers, would-be followers of Jesus. How did the two disciples come to have this opportunity to bask in Jesus' presence for an evening and a day? They have heard John's witness to Jesus and begun to walk his way, but, like us, they still need prompting and encouragement from Jesus. "What are you looking for?" Jesus asks the disciples of John and us the readers. This refers to a spiritual and not just a literal search. There are several references of people look to destroy and kill Jesus in the gospel. But there are several that describe people seeking God's will (5:30, 5:44, 7:18).

Then the disciples of John ask him a seemingly mundane question: "Where are you staying?"

Jesus' words to them and to us are an invitation to discipleship and belief. Others in the gospel will soon extend that same invitation (Philip in 1:46; the Samaritan woman in 4:29). (Lincoln 117)

The disciples get to stick around Jesus. What could the disciples have experienced in their day and a half with Jesus?

What might we experience if we stuck around Jesus, if we sought out intentional time to commune with God through him? We could experience the weakening of the power of sin in our lives as we spend time with the Lamb of God who takes away the sins of the world (1:29). For Jesus as the Lamb of God removes the obstacle to the world's reception of the divine gift of life (Lincoln, 113).

We could be strengthened in our witness to his unique status as the Son of God. This is John the Baptist's witness in the gospel of John as a whole and in this passage.

We could open our inward lives to the Spirit, which lit upon Jesus that he continues to bestow. As John tells his disciples "I saw the Spirit descending from heaven like a dove and it remained on him" (1:32).

We might, like Andrew, be empowered to invite someone else to "come and see" where Jesus is and to remain with him as well. In John's Gospel it is Andrew who recognizes Jesus as the Messiah here at the start of his ministry and goes to find his brother and brings him to Jesus. If we remain with Jesus, communing with him in prayer and scripture reading, we might, like Simon Peter, be given a new name, Cephas, which means rock. We might, like Andrew and Peter, grow in the maturity and stability of our faith to direct and support others in their search.

It was then about four o'clock in the afternoon (Jn. 1:39). John included this concrete significant detail. It is concrete because it was the beginning of Sabbath. It was significant because Sabbath meant staying in one place until the end of the following day. That means that the disciples had an extended opportunity to remain with Jesus and commune with him, enjoying his presence and learning from him. They had the chance to stick around Jesus. We do too.

Raymond Brown, The Anchor Bible Commentary, The Gospel According to John 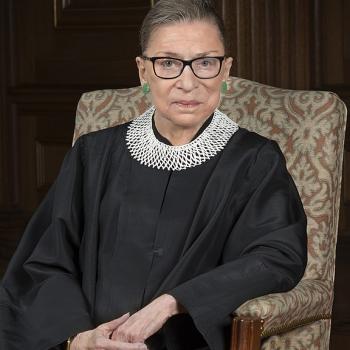 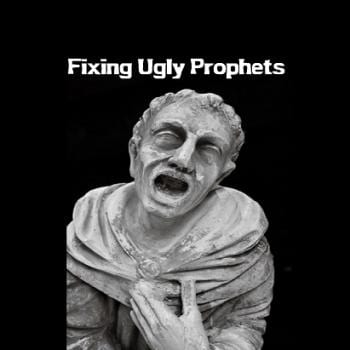 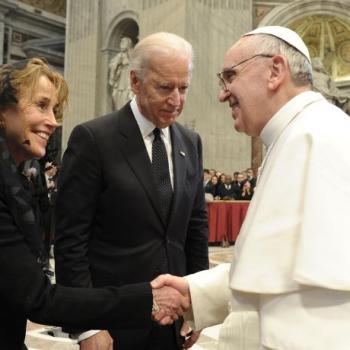 An Open Letter to Joe Biden
Kristin Wilson
Get Patheos Newsletters
Get the latest from Patheos by signing up for our newsletters. Try our 3 most popular, or select from our huge collection of unique and thought-provoking newsletters.
From time to time you will also receive Special Offers from our partners that help us make this content free for you. You can opt out of these offers at any time.
see our full list of newsletters
Editor's picks See all columnists