In my discussion of last week's text from Acts 2:14a, 22-32, I focused on the dangerous implications of the anti-Jewish polemic that is enshrined in Peter's fateful words. From those memorable utterances have spewed hatred and death enough for a thousand lifetimes of human history. Acts 2 has continued to serve the Christian community as its "birthday of the church" narrative, resulting in joyous celebratory worship. At the same time it has served to anathematize the Jews as the murderers of the Messiah and the objects of scorn and bigotry for all succeeding generations. Has the story been so compromised by its overt Jewish assault that in our post-holocaust world it can no longer be heard in the ways that Luke intended, namely as a foundation tale for the ideal community of the early Christians?

I admit that I have a very difficult time separating the wheat from the chaff in this central text. I hear Luke imploring his own community to look to this Petrine sermon as the locus for their own lives of faith and for their own need for evangelization in the name of Jesus the Christ. At the same time, the means that he uses to make those claims too often involves a denigration of the Jews of his time, the result of which history has made all too unambiguously and horribly plain.

We are in the season of Easter here, trying to observe and celebrate the survival and phenomenal growth of the early church after the resurrection of the Lord, and recognizing that that growth began with Peter's potent sermon. Perhaps the sermon may be found valuable even in the light of its Jewish abusiveness, if we remember that all those who are listening to Peter are in fact Jews. This is an inner Jewish struggle, not a Christian/Jewish debate, though it soon was to become that by the end of the first century. But at Pentecost, we latter day Christians are hearing a doctrinal debate among Jews. So, let's listen in on these Greek-speaking Jews as they strive to understand exactly what the Jesus event means for their understanding of their Judaism.

The debate revolves around a contested reading of Joel 3:5. Of course Joel's prophecy has already played a pivotal role in the sermon, especially his chapter 2, those memorable lines where the spirit of God is poured out, and sons and daughters prophesy and old and young dream dreams and see visions. Those marvels serve Peter as the vivid backdrop for what is happening in Jerusalem during the preaching of his sermon, as all those assembled hear the gospel spoken in their own languages, even though Greek is the language of the day.

Joel 3:5 in the Hebrew text is impressive enough as a context for what Peter claims is happening. The verse reads in Hebrew (in English it appears as 2:32): "Everyone who calls on the name of YHWH will be saved; for in Mount Zion and Jerusalem there shall be those who escape, as YHWH has said, and among the survivors shall be those whom YHWH calls." This works beautifully as a description of what is occurring in Jerusalem as Peter proclaims his sermon: today on Mount Zion and in Jerusalem some Jews have "escaped" from the terror of Jesus' murder, have been given a second chance to find their way to God's gift of the rule of God in Jesus, and can now receive the new call of God and enter into the emerging community of the risen Messiah.

Though the Hebrew text of Joel serves well, in fact it is certain that Luke did not use the Hebrew text to compose his book; his Old Testament was the Septuagint (LXX), the Greek translation of the Hebrew text that had been in circulation for perhaps three hundred years. And the Septuagint of Joel 3:5 is even more appropriate for what Peter's sermon is attempting to portray. Here is Joel 3:5b in the LXX: "For it will be in Mount Zion and in Jerusalem that there will be a remnant, just as the Lord said, and they will be preached the good news (yes, the word is euangelizomenoi), those whom the Lord summons." Hence, the Pentecost event is an exact fulfillment of the LXX promise of Joel 3:5: there is both an outpouring of the spirit of God and a proclamation of the good news to the remnant of the people of Israel, all done in Jerusalem.

The murderous Jews, or better said, a remnant of them, are now offered another chance to hear the good news of Jesus. When first they heard, they rejected the news and killed the bringer of the news. But now they can again hear the news, through the mouth of the chief apostle and friend of Jesus, Peter, and may now respond differently. And, Luke says emphatically, they do! "So those who welcomed his message were baptized, and that day about three thousand persons were added" (Acts 2:41). The church of Jesus got off to a roaring start, says Luke, as a large number of Jerusalem Jews took advantage of the second chance they were given by Peter and joined the community. They all decided that Jesus was in fact the long-awaited Messiah of Judaism, and they determined that a community, founded in his teaching and his resurrection by God, was what Judaism had been pointing to from the beginning. 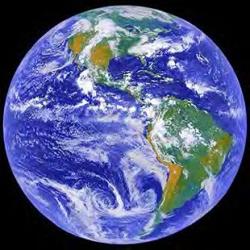 The Earth is Round. Two Plus Two Equals Four. Deal With It
Vance Morgan
2

MAGA Cultist: "I’ll Admit It. I Want to Make It Harder to Vote in America."
Beth Stoneburner
Get Patheos Newsletters
Get the latest from Patheos by signing up for our newsletters. Try our 3 most popular, or select from our huge collection of unique and thought-provoking newsletters.
From time to time you will also receive Special Offers from our partners that help us make this content free for you. You can opt out of these offers at any time.
see our full list of newsletters
Editor's picks See all columnists