So the philosophers invite Paul to join them on the Areopagus. Some have seen the drama as some sort of trial of Paul; after all the Areopagus was the place where serious trials were performed. Yet, this scene seems rather less dangerous than that. Debate is on the minds of the philosophers, not litigation for differing ideas. In verse 19 they rather politely ask Paul to clarify what it is he is talking about; "it sounds strange to us, so we would like to know what it means" (Acts 17:19). So Paul begins his defense of the gospel of Jesus.

He applauds the deep religious convictions of the Athenians, though I cannot fully accept the statement at face value; he has after all been quite irritated at the vast numbers of idols he has seen in the city. So, his announcement that he finds them religious may be tinged with a hint of sarcasm. Then he picks out one idol that he saw that was erected to "an unknown god" (Acts 17:23). Paul seizes on this idol and proclaims that that unknown god is in reality the only known God who made everything, who is Lord of heaven and earth and does not live in any shrines made by human beings (Acts 17:23-25). This God made all people in such a way that they would "grope" to find that God and no other, even though that one God is "not far from each one of us" (Acts 17:27). Paul then reminds his listeners, intellectuals one and all, that in that God "we live and move and have our being," perhaps a reference to a line by Epimenides, though we cannot be certain since we do not have the line extant. He goes on to quote "one of your own poets" as having said, "For we too are his offspring." The line could come from many places, but the important thing is that Paul is quoting it as authoritative just as he quotes Torah as authoritative when speaking to the Jews.

He then gets to the heart of his gospel, claiming that God has overlooked human ignorance up to now, but now has demanded that all repent, because the day of judgment, inaugurated by the resurrection of Jesus, has now been fixed. Ignorance has past; now all must know that Jesus is Messiah and is the Son of the only God there is.

This, not surprisingly, is too much for the Epicureans, and they scoff at such foolishness, while others say, generously or just with mild interest, "we will hear you again about this" (Acts 17:32). One can easily imagine the picture of debating philosophers, some laughing with scorn, some discussing what they have heard with furrowed brows, some moving away in silence, looking for the next subject for debate. Paul gains two converts only, says Luke, but they are apparently significant figures: Dionysius, the Areopagite, an apparent member of the Athenian council, and a woman named Damaris. Since she has been allowed to hear the debate, she must have had considerable standing in the community, too. And because she is a woman, she continues Luke's theme that women were early and crucial members of the Christian communities.

Still, two converts is by any account a meager haul for the work of Paul. Yet, Luke is not at all ashamed to paint his portrait of near failure as the gospel confronts the Roman world with its vast complexities. He knows all too well that clashing religious realities will not and do not yield immediate victories for one or the other of the combatants. It is obvious that Luke believes with absolute conviction that the Gospel will be victorious in the world; after all, at the end of the Acts Paul is preaching openly in the center of the world, Rome itself. But that victory will take time.

This story has often been seen as a model for evangelization of the intellectual world. Use their own stuff against them! Quote their own material, and then slip in the zinger! Show them there is only one way, the way of Jesus! I do not take that lesson from Paul's speech on Mars Hill. I see it as a poor model of interfaith dialogue; for Paul, it is nothing less than hegemony, served up as a supposed dialogue. Yet, there can be no real dialogue with those with whom we do not agree unless we can imagine that we have as much to learn from our partners as we have to teach them. I can appreciate Paul's deep passion for the gospel of Jesus, but in our day of vast numbers of non-Christians and anti-Christians, if we are to find ways to live with one another, we simply cannot follow this way of Paul on the Areopagus. On that way, we will find only bigotry and death, as subsequent Christian history has made all too apparent. 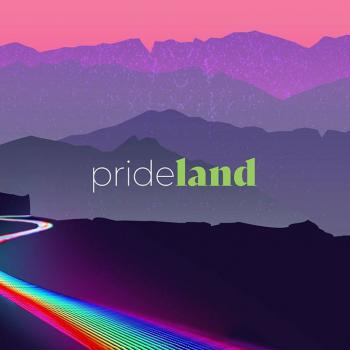 Christian Hate Group: PBS' "PRIDELAND" is an "Unjust Attack on Christianity"
Hemant Mehta
Get Patheos Newsletters
Get the latest from Patheos by signing up for our newsletters. Try our 3 most popular, or select from our huge collection of unique and thought-provoking newsletters.
From time to time you will also receive Special Offers from our partners that help us make this content free for you. You can opt out of these offers at any time.
see our full list of newsletters
Editor's picks See all columnists