This chapter of Genesis contains quite the longest single-chapter story in the book, fully sixty-seven verses. Yet, its great length at first appears not to be matched with an equally rich narrative. Oh, the tale is pleasant enough. Abraham, now very old indeed, sends his senior servant to the home country, the land to the east of the Jordan often named Aram-Naharaim, to secure a wife for his son, Isaac. He is fearful that the boy might get entangled with a local Canaanite girl, a prospect Abraham abhors (Gen. 24:3), so he insists that his daughter-in-law come from the place of his own origins, and that she preferably be one of his own extended family.

We are not told directly the reason for Abraham's insistence that Isaac avoid the local women, but it hardly takes much thought to supply a reason. The ancient Israelites are fearful that their stock will be diluted by local physical entanglements with persons they consider to be unworthy of such relationships. It is an age-old problem, rooted in a notion of superiority and potential bigotry. It has not been too many years past in the U.S. when persons of different races found law a barrier to love. The "sin" of miscegenation, crudely stated "race mixing," was nearly universally acclaimed as the "right" way to order any civilized society. Of course, as we all know too well, when taken to monstrous extremes (as in Nazi Germany, 1933-45) such ideologies can lead to much more than bigotry.

Abraham commands his servant using such an ideology, attempting to avoid the "pollution" of the Canaanites. Absurdly, such biblical texts and ideas within them have been applied to modern practices, leading to gross ignorance in human relationships. The hope that this ignorance is diminishing may be found in my own recent experience. My wife and I went to a local Dallas restaurant last week, and among the six couples that shared our part of the dining room, fully half of those were mixed-race couples, all three with children in tow. Surely, Abraham's demands are not to be taken as a model of any sort in our world.

The servant heads east, hoping to fulfill his master's commands. Of course, he does so in every respect. He prays that a woman will come to the well, will ask if she may give him a drink, and will further say that she will water all his camels in the bargain. And so it happens. The comely Rebecca, daughter of Bethuel, son of Milcah, wife of Nahor, comes to the well and proceeds to do and say all that the servant had prayed that she would. We are told twice that she is the perfect consort for Isaac, due to her actions at the well. When the servant asks that she come with him back to his master Abraham and his anxious son, Isaac, she readily agrees. Upon returning to Israel, she meets Isaac in the field of his father, land that Isaac now owns as heir, quickly veils her face as was the custom, and in short order she and Isaac are married. In a nice touch we are told at the end of all this that "Isaac was comforted after his mother's death" (Gen. 24:67).

Is there nothing more to find here than this simple account of matchmaking and marriage? I think there is. Rebecca has a brother whose name is Laban, a man who will figure prominently in the next cycle of stories about Jacob, one of the twin sons finally borne to Isaac and Rebecca. His character is cleverly revealed to us in a line that could be easily missed, if we were not reading the story with care and precision. All the obvious repetitions could perhaps dull us to the subtleties that the story enshrines.

After Rebecca has performed at the well of the city exactly as the servant had hoped, she rushes home to tell her family what has happened. The words are hardly out of her mouth before Laban runs to the well to size up the stranger who has come to make his sister the bride of a man he has never seen. The text then adds this line: "As soon as he had seen the golden nose ring (weighing a half shekel, Gen. 24:22) and the bracelets on his sister's arms (weighing ten shekels, Gen. 24:22)," Laban becomes very affable indeed. "He said, 'Come in, O blessed of YHWH. Why do you stand outside when I have prepared the house and a place for the camels?'" (Gen. 24:31) Laban himself unloads the servants' camels, prepares straw and fodder for the beasts, provides water for the servant to wash his feet, and places food in front of him (Gen. 24:32-33). Laban is a proper Middle-Eastern host, all right, but we are told that it was exactly the sight of those golden pieces of jewelry that motivated him to be so gracious.

This same sort of thing will happen later when Jacob finds his way back to the home country and eventually marries the two daughters of Laban, though he was only supposedly head-over-heels about Rachel. But Laban tricks him into marrying the older daughter Leah, too. Jacob himself is not above being tempted by a rich hoard of goods. When he waits at the well for a woman to come for water, as his grandfather's servant did before him, we are told, "when Jacob saw Rachel, the daughter of his mother's brother Laban, and the sheep of his mother's brother Laban, Jacob went and rolled the stone from the well's mouth, and watered the flock of his mother's brother Laban" (Gen. 29:10). Like Laban before him, his eyes are not only on the person at hand but also on what that person can provide in the way of goods to enhance his own standing in the community. And of course Laban, too, when he sees just how rich he is becoming due to the presence of his wonderful son-in-law, tries everything to keep Jacob close to reap the benefits of that miraculous man. 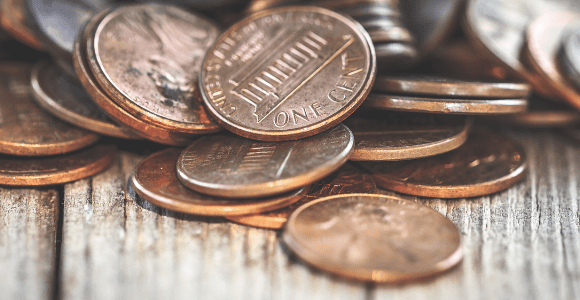 A Widow, Taxes, and Giving More Than What is Life-Giving to Give (Part 1 of 3)
Herb Montgomery
3 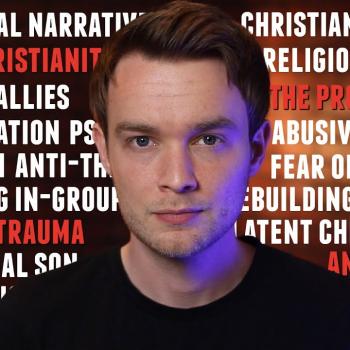 After Leaving Christianity, Here's What One Atheist is Still Deconstructing
Hemant Mehta
4 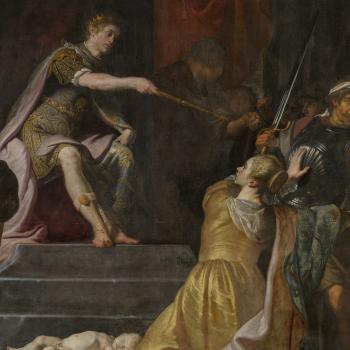 Koheleth draws our eyes to abuses of power
Jared Ingle