The Anglican Way: Spiritual and Communal

It is evening, and the shadows are falling fast. Outside, it may already be dark; inside, we sit in candlelight.

"Oh God, make speed to save us," a lone voice chants, and others join in, their notes echoing in the great open space, "Oh Lord, make haste to help us."

It could be Sunday night in my home parish in Austin, St. David's Episcopal, where the choir is singing a prayer service called Compline. It could be any evening at the National Cathedral, in Washington D.C., when choral Evensong is being offered to God. It could be late afternoon in Canterbury Cathedral, or Westminster Abbey, or one of the college chapels at Cambridge or Oxford. Wherever you hear it, sung evening prayer is one of the most beautiful and distinctive elements of Anglican faith and practice. Since the Book of Common Prayer was first released in 1549, choirs in England and across the rest of the Anglican world have sung a moving service of prayer and thanksgiving at day's end.

Episcopalians are Anglican — that is, they are part of the Anglican Communion, a worldwide gathering of national churches under the leadership of the Archbishop of Canterbury. The various members of the Communion around the world vary widely in their stances on social, cultural, and theological questions. If you were to ask members of the Anglican Church in Canada and of the Church of Nigeria (who might even tell you they no longer consider themselves part of the Anglican Communion) how they feel about women in ministry, or about gays in the Church, you are liable to get deeply contradictory answers.

But whatever we may believe about liturgy or gay marriage or feeding the poor or proper church music, we all have one thing in common: we all partake of the prayer book tradition that sprouts from Thomas Cranmer's original Book of Common Prayer.

It's spiritually important to be reminded that we are part of something bigger than ourselves with the prayer book at its heart. Americans in particular place a great value on rugged individualism, and are prone to take our ball and go home when we don't like the way the game is going. Phyllis Tickle often says that the IRS recognizes over 20,000 Protestant denominations — each of them the result of a group of churchgoers taking their ball and going home. But, despite our own examples of priests, parishes, and even the occasional whole diocese trying to flee the denomination, Episcopalians belong to a tradition that calls us to play together — and if possible to play nice — because when we do, something truly beautiful happens.

The Rev. David Sugeno (who serves an Episcopal parish in the Texas Hill Country) and I used to play guitar together in seminary. Together with the Rev. Cathy Boyd (who serves alongside David in Marble Falls), we would lead worship or play concerts or entertain at parties or just sit down to jam together. Although we favored somewhat different kinds of music, we chose to play together. When we sang together, we gave up our solo careers singing lead and allowed ourselves to create a wondrous harmony of voices and chords you can only get when you have spent time playing with somebody and have learned to trust and maybe even to love them.

That's why I thought it somehow appropriate that it was Dave Sugeno who asked me a formative question when I was asked to write a book on the Episcopal Church that we called My Church Is Not Dying: "Why is it important that we come from an English tradition?"

Immediately I thought about the rugged individualism I mentioned above. Americans are solo artists; our heroes are lone wolves. Rambo and Batman are two of our archetypal American heroes, and they represent our belief that a single person who tries hard enough can succeed at anything. But when you look at English stories — the epic adventures of Harry Potter, Ron Weasley, and Hermione, or the cases of Sherlock Holmes and Dr. Watson — they suggest a different way of seeing the world in which we need each other to thrive and survive, in which we are all a part of something rather than exceptions to it. If our great novels are about singular individuals who are trying to become who they want to be (as in Huck Finn or The Great Gatsby), British literature and culture tends to ask how human beings fit into society rather than how they can be outside of it, unchained from it. It's a wholly different way of seeing ourselves and the world.

Why I No Longer Speak French: A Response to David French's Woke Affirmation of...
Owen Strachan
2 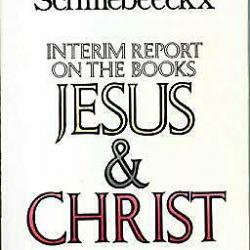 "It's not self-evident for a Christian that he gets to live among Christians."...
Dan Peterson
4

What today’s opening ceremonies will lack for the first time in Olympic...
Jim Denison
Get Patheos Newsletters
Get the latest from Patheos by signing up for our newsletters. Try our 3 most popular, or select from our huge collection of unique and thought-provoking newsletters.
From time to time you will also receive Special Offers from our partners that help us make this content free for you. You can opt out of these offers at any time.
see our full list of newsletters
Editor's picks See all columnists