David Hates the Blind and the Lame? Reflections on 2 Samuel 5:1-10

Today we are presented with a most problematic text. At one level it is a quite straightforward recounting of David's capture of the citadel of Jerusalem from its long-time inhabitants, the Jebusites. Harry Emerson Fosdick, famous pastor of Riverside Church in New York in the last century, was quoted as saying, "No one comes to church wondering what happened to the Jebusites." By that he meant that sermons should not focus their attention on bits of historical arcana, but should look squarely at real problems that people face in their contemporary lives. I doubt many modern preachers would disagree, but this old text, a clear bit of ancient arcana, does raise some interesting issues for us. "What happened to the Jebusites" might be an interesting and valuable question to pose after all.

David's movement toward the throne of Israel, after the death of Saul, is carefully and systematically prepared. He first goes to Hebron in Judah, his home territory, to establish an initial rule. He has been giving the people of Hebron, over the past two years, the best fruits of his Amalekite raids, all the while lying to Achish, king of Gath, that he has in fact been raiding Judah, including Hebron, in order to enrich the Philistines. As a result, the Hebronites are more than ready and pleased to receive David as king. We are told that David "reigned over Judah" from Hebron "seven years and six months" (2 Sam. 5:5). Add to that figure the "thirty-three years he reigned over all Israel and Judah" from Jerusalem, and you get the rounded biblical figure of forty years of David's kingship.

But David needed a more centralized, more easily defensible capital if he hoped to maintain his throne over the whole territory from Dan to Beer-Sheba, from the far north to the far south. Jerusalem was just the place. Not only was it in the near center of the territory of Israel, it was surrounded on two sides by deep valleys and on two sides by steep hills. At the very center of the place was a high promontory, a perfect spot to build a fortress and a palace. The only problem was that the current inhabitants of Jerusalem had no tribal connections with Israel. They were Jebusites, and though we know precisely nothing of their history or culture, David sees them merely as obstacles to his designs on the city. Hence, he moves his army toward the city with the intent of capturing it for his new capital.

And now the story becomes rather odd. I have often said that the Israelites seem incapable of telling a simple story, and this one is no exception. Instead of a straightforward account of a battle and a victory, we hear the following: the Jebusites, upon seeing David's troops approach their city, defiantly shout, "You will not come in here! Why, the blind and the lame will turn you aside!" (2 Sam. 5:6). This rant appears to be a piece of battle bravado, uttered as a rebuke to the pretentions of a would-be attacker. "You think you can waltz in here, do you? Well, even our weakest and most pathetic inhabitants will stop you in your tracks." As bold as their words sound, the fear of the Jebusites is manifest in their repetition of their first words, said now to themselves, "David cannot come in here" (2 Sam. 5:6b). In short, they can see little hope of repulsing the attack of David's soldiers, but they attempt to "screw their courage to the sticking place" (as Lady Macbeth attempts to shore up her faltering husband) by suggesting that David is doomed to defeat.

However, their falsely brave words prove illusory, as "David captured the stronghold of Zion" (2 Sam. 5:7a). This is the same city that is known at the time of the writer as the "city of David" (2 Sam. 5:7b). But now for something especially strange. "And David said on that very day, 'All who would strike the Jebusites, let them ascend the water shaft to assault the lame and the blind, those hated by David's very life'" (2 Sam. 5:8). It is extremely difficult to know what to do with these chilling words. I suggest that in 2 Samuel 5:9 a priestly editor has concluded from David's statement that "the blind and the lame shall not enter the house," and by house I think the later temple of Jerusalem is meant. There certainly is a tradition that no "half-formed," i.e. handicapped, person is welcome in the temple. That this is a fact is made certain by a late oracle recorded in the book of Isaiah where both foreigners and eunuchs ("half-men" in the thought of the day) will at the last be welcome at the altars of YHWH (Is. 56:3-8).

Still, what can this memory of David's hatred of the blind and the lame finally mean? In the context of the story itself, I can only conclude that David's hatred of the blind and the lame is not intended to be a hatred for all those so afflicted; it must refer to those specific handicapped ones whom the Jebusites have apparently used in a ridiculous attempt to stop David's attack on their city. Indeed, David's hatred must have extended to the Jebusite leaders who in cowardly fashion hid themselves behind their most vulnerable citizens in an absurd attempt to defend the city. The editor of verse 9 then is quite mistaken to conclude that all blind and lame are excluded from the Jerusalem temple due to David's supposed hatred for all blind and lame people.

How would you define Anglicanism?
Fr. Charles Erlandson Erlandson
3 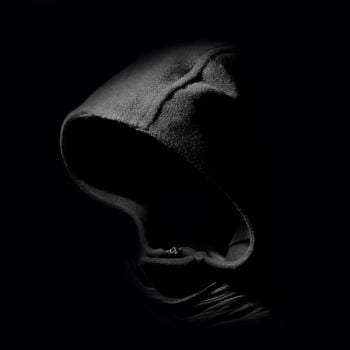 The Party of Death
Bert Bigelow
4 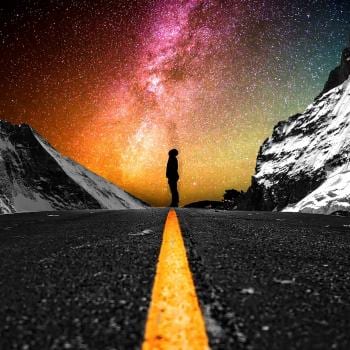 Words Have Power - We Need Acceptance Instead of Tolerance
Sidney Eileen
Get Patheos Newsletters
Get the latest from Patheos by signing up for our newsletters. Try our 3 most popular, or select from our huge collection of unique and thought-provoking newsletters.
From time to time you will also receive Special Offers from our partners that help us make this content free for you. You can opt out of these offers at any time.
see our full list of newsletters
Editor's picks See all columnists