But this isn't a prize to honor past achievements. The Nation Institute is clear that the purpose of its $100,000 award is to "to encourage the recipients to continue their work, and to inspire others." Today's announcement is an invitation for citizens of the United States to pay attention to what Rev. Barber has been doing in North Carolina.

During the summer of 2013, "Moral Mondays" made national news when over 1,000 people were arrested in the largest state-government focused civil disobedience campaign in U.S. history. As tens of thousands of people gathered week after week on the state house lawn, reporters asked where this movement had come from. At the center of the diverse crowd, they could see, was Rev. Barber.

But movement-building doesn't fit well into the 24-hour news cycle. Toward the end of August in 2013, Rev. Barber and I sat down to talk about what was really happening and how to help people see it. While most people assumed the protests were a reaction against a sharp right turn in North Carolina politics, Rev. Barber saw clearly that the extremism itself was the result of a highly funded attack on the coalition building we had started in North Carolina seven years earlier. For Rev. Barber, all of this was rooted in the moral dissent he'd learned in the pulpit, the prophetic gospel which had brought us together some fifteen years earlier. Much more than an episode in political news, Moral Mondays were best understood in light of the patterns that emerged 150 years ago during radical Reconstruction.

Indeed, Moral Mondays happened because Rev. Barber helped North Carolinians see that the Fusion Party of the late 19th century was a model for how we could move forward together in the 21st century. Just as Populists had found common cause with Lincoln Republicans, so could black, white, and brown, labor and civil rights, gay and straight, employed and unemployed see that an oligarchy that serves our state's richest families is not in our best interests.

Those who are inspired by Rev. Barber's work in North Carolina should pay attention to two distinctions that make him, as Dr. Cornel West has said, "the most King-like figure in America."

1) Unprecedented diversity rooted in a racial analysis. Anyone who attends a Moral Movement event says, "I've never seen so diverse a crowd." Age, gender, race — it's a corporate diversity consultant's dream. But Rev. Barber has consistently been accused of employing "divisive" rhetoric. Which is to say, he insists on talking about race.

Especially as America tries to engage a new conversation on race in the wake of #BlackLivesMatter protests, Rev. Barber's work has something to teach us about the importance of an anti-racist agenda that both recognizes how race shapes everything in America and holds out the hope of multiethnic democracy.

2) Commitment to confronting injustice with a faith-rooted moral dissent. Like Dr. King, Rev. Barber is a preacher. (Maybe even more than Dr. King; after all, though he's been a doctor himself for years, everyone still calls him "Rev. Barber.") Rather than downplay his faith to bring in a broader audience, Rev. Barber embodies a way of being Christian in public that excludes no one, but calls us all to take our religious and constitutional values more seriously. I think Rev. Barber is right that Moral Mondays are a sign that we're on the brink of a Third Reconstruction. At the same time, these gatherings feel to me like a camp meeting — a Fourth Great Awakening in America's post-Christendom era.

For those who are inspired by Rev. Barber's creative citizenship, the timing of this national recognition couldn't be better. Like The Nation Institute, he's not interested in celebrating past achievements. Nor does he want to become "the leader" of a Third Reconstruction. (In this way, he's learned from the tensions between Dr. King's leadership and that of Ella Baker and the young people of SNCC.) Rather than build a national organization, Rev. Barber launched a teaching ministry this fall to train and equip state-based leadership around the country for coordinated, grassroots coalition building. Repairers of the Breach, Inc., is a nonpartisan and ecumenical organization that seeks to build a progressive agenda rooted in a moral framework to counter the ultra-conservative constructs that try to dominate the public square. You can learn more at http://www.breachrepairers.org.

More than an Indictment: Walter Scott and the Scourge of Racism

Rev. Barber on Why Moral Mondays Have Come Back to Raleigh 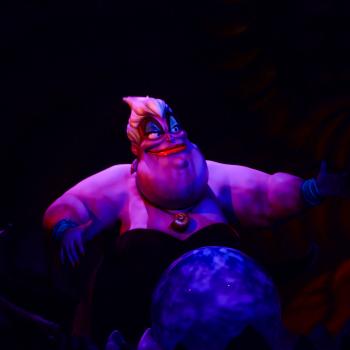 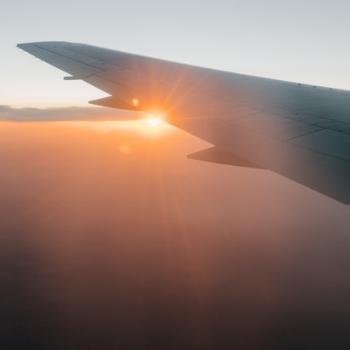 Going on Your First Mission Trip Overseas: 5 Tips
Oscar Collins
About
Get Patheos Newsletters
Get the latest from Patheos by signing up for our newsletters. Try our 3 most popular, or select from our huge collection of unique and thought-provoking newsletters.
From time to time you will also receive Special Offers from our partners that help us make this content free for you. You can opt out of these offers at any time.
see our full list of newsletters