Five years old! Happy birthday, and many thanks to the hardworking leadership and staff at Patheos.

As I look back on the years that I have been a contributor, there have been a number of gratifying moments and interesting exchanges. There have also been some unexpected interactions. Who knew that an early column on theological education could spark so much interest? In celebration, I'd like to take a few moments to note some trends I see emerging, trends that the traffic at Patheos has surfaced:

What I see emerging here are not just communities of discourse—but formative spiritual and intellectual communities. More than once over the last few years I've found myself pondering something that was said in reaction to a blog or column—as if the conversation was taking place in "real time." It struck me that there have been moments when those conversations had the same kind of engaging quality as face-to-face encounters might have. The difference perhaps was the focus and depth. Ironically, face-to-face conversations can wander in a way that on-line conversations don't.

Interaction here has also expanded our sense of community by bringing together people from around the world. It has been great to have conversation partners from places and communities that I would have never "met" were it not for the work being done at Patheos.

I am struck too by the way in which the work being done here is changing the way that we communicate. There was a time when scholarship was confined to journals that (still do) run months behind and responses to the work done there took just as long (or longer) to spark a conversation. Even then the record of the conversation was scattered across time and publications. It was only the rare survey or scholarly forum that brought some of that work into conversation in the same time and place. The work done at Patheos may lack the scholarly documentation that journals and books provide and, on that score, all of us need to exercise caution. There is a fine line between opinion and informed opinion. But the advantage that Patheos provides is conversation in one place.

The unexpected gift in that kind of forum is that not only do experts engage the topics raised, but so do those who are part of a larger readership. As one who has always been as interested in engaging the public in our conversations as I have been in the scholarly side of my work, that has been a significant advantage to the articles I have written for Patheos.

I do have concerns about some of the trends I have seen emerge—none of which, I hasten to note, are traceable to Patheos, but seem to be part and parcel of the wired world in which we live:

For all of the growth in community that we have experienced, there also seems to be increasing fragmentation. On-line interaction, like cable television, has multiplied the number of places that we can communicate and, as a consequence, the conversation has been spread a bit thin, with smaller numbers engaging an ever-greater number of venues. To some degree that trend is mathematically inevitable and some of it is probably driven by a desire for some measure of intimate communication, but lingering behind that trend is also the balkanization of on-line communities.

I know from conversations I've had with folks at Patheos that one page for everyone on everything never worked very well in attracting participants and technologically, I suspect it is now pretty well impossible. But there are topics that could be fruitfully engaged across the channels that our own tendency to gravitate to like-minded people has made harder to achieve.

And—as with all on-line communities—grace in communication is sometimes missing. Anonymity will always provide cover for a certain kind of nastiness that has no place in communication of any kind and there is little that Patheos can do about that. That is part and parcel of the human condition, and "wherever we go, there we are." As with life in "real time," the only cure for that kind of behavior is a shared set of values that we all endorse and try to abide by.

Neither trend, however, obviates the greater good that this fine community has done and I am delighted to be a part of it. It will be interesting to see where things have moved when year ten arrives. Many thanks to the Patheos community and, in particular, to the people I have had the greatest amount of interaction with: Deborah Arca, Murry McKenzie, Kathleen Mulhern, Hillary Spragg, and Debbie Tull. 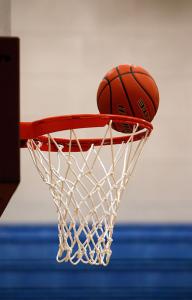 There Is Equal Value in Everyone
Lois Kerschen
2 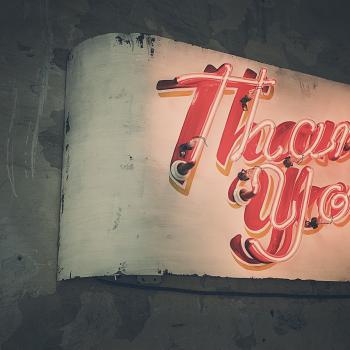