Elizabeth expresses her praise to God for, in her words, "taking away the disgrace I have endured among my people" (Lk. 1:25). Sarah praises God in similar fashion in Genesis 21:6-7.

Mary's pregnancy belongs to this series of miraculously favored women, but also transcends it because it is virginal (Bauckham, 58). The theme of Mary as blessed is a refrain in Luke's gospel. Beatitudes are bestowed on Mary by Elizabeth (Lk. 1:45), by Gabriel at the Annunciation (1:28), and by the unknown woman in the crowd (Lk. 11:27). This is reminiscent of the beatitude bestowed on Jael, a fierce heroine of the Book of Judges near the end of Deborah's Song "Blessed among women be Jael, blessed among tent-dwelling women" (Judg. 5:24). In the scene of the meeting of Mary and Elizabeth, both women have been blessed with insight into their respective roles in God's plans. Mary receives an angelic revelation of the identity of the son she will bear. Elizabeth receives a Spirit-inspired insight into the identity of the child Mary carries (1:41-45).

A Scene in Which Women Are Agents of Liberation

Just as women in Israel's history have been blessed, so they have been empowered to bring liberation to their people. In the Hebrew Bible and Apocrypha a series of women are portrayed as human agents in God's deliverance of his people from their enemies, taking their place alongside such male figures as Moses, Joshua, Gideon, and David.

Mary and Elizabeth stand in this tradition of women who took action confidently and courageously, aware of their significance in the divine plan for Israel. I say this without attempting to conceal or minimize the violence to which some of these women resorted in a violent context.

I mentioned earlier that this scene of two expectant mothers has an impact that extends to the present day. It intends to have an impact on each of us. It intends to remind us that, even though we have not received angelic visitations or inward leapings, we have a role to play in God' efforts to redeem the world.

The Holy Spirit descended last week at Pentecost. In this scene, it was already active, filling Elizabeth so she was moved to pronounce a blessing on Mary (Lk. 1:41). It has not now left and gone on an extended summer vacation. The Spirit remains, within us and around us. And one of the Spirit's functions is to get us in touch with the gifts we have been given and the role we are to play as we cooperate, in all the scenes of our daily lives, with God's purpose to redeem the world. The Spirit also reminds us of the end game. Justice for everyone God has created, which will involve reversals of fortune and status we can either cooperate with or oppose.

Luke's account of the meeting of Mary and Elizabeth is a scene into which all of us contemporary readers are invited. We are inspired by the faith and courage of these biblical women, and reminded that we, like them, are blessed.

Because, like them, we participate in their mission of conveying the life and love of Christ to the world. 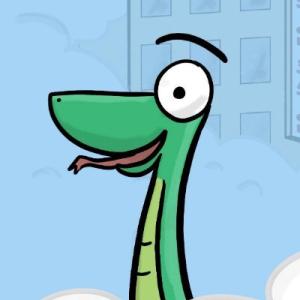