This summer of year B offers preachers the chance to delve deeply into the extraordinary book of 2 Samuel, the unmatched story of the enigmatic and charismatic David. There simply is no better portrayal of a human being in any literature I know than this one, perhaps even up to the time of Shakespeare. And the writer of this story preceded the Bard by at least 2,300 years! This picture of the second king of Israel is so memorable, so rich, so complex that modern preachers still grope as we attempt to make sense of the man.

Of course, it is true that the church, and even the synagogue, has tried to flatten the picture out that 2 Samuel has provided. "David is good and beloved of God," we have chanted, "and Saul was weak or arrogant or stupid or plain evil and was rightly rejected by God in favor of the boy shepherd of Bethlehem." Yet, even a cursory reading of the long story should give us pause; is it so simple as all that? Is Saul the equivalent of an ancient pedophile while David is one-step from sainthood? At every step of the way, David acts so as to bring at least a small lift of an eyebrow to any careful reader. And the stories of 2 Samuel 6 are no exception.

After Saul's suicide on Mt. Gilboa (1 Sam. 31), David, who has been living among and supported by the Philistines in his own city of Ziklag, acts to further his desire to become king himself. While living in Philistia, David has been raiding cities of the Amalekites and bringing back enormous booty as gifts to his mentor, King Achish. However, he has been telling Achish, a most greedy and ignorant man, that he has in fact been raiding among his own people, the Judeans. This is a lie, of course; what he has been doing is taking the booty left over from his Amalekite raids and giving it to those same Judeans, no doubt whispering as he does so, "remember me when the time comes for me to ascend to power."

And that time comes. David is crowned king at Hebron (the Judean capital) and quickly assumes control of the Judean homeland. He does this in two superb political moves. First, he goes to the house of Abinadab at Baale-Judah ("master or lord of Judah") and recovers the fabled Ark of the Covenant, "the Ark of God, which is called by the name of YHWH of the armies, who is enthroned on the cherubim" (2 Sam. 6:2). We last heard of the Ark when it was captured by the Philistines in 1 Samuel 4-6 but then returned by the Philistines to Israel due to its immense power. Then in 1 Samuel 14, Saul has the Ark brought to the site of a battle, and as a result the battle is successful. But because of a dangerous oath that Saul had laid on his troops, the Philistines are finally victorious over Israel, the result of which is the near murder of Jonathan by his own father.

After that debacle, the Ark is essentially forgotten, finding a resting place with Abinadab. But David knows that the Ark remains an ancient symbol of power and a traditional manifestation of the presence of YHWH, so he decides to reintroduce it to the people as a sign that he, David, is now lord of the land and is the keeper of the ancient and venerable Ark of YHWH. But something terrible and inexplicable happens to the Ark as David moves it toward his capital city of Jerusalem, the city that he has determined to make his own. As the Ark is moving slowly on a new cart, two sons of Abinadab, Uzzah and Ahio (the latter in fact means "his brother," so it may not be a name at all) are assigned to lead the sacred chest. But at the threshing floor of Nacon the oxen drawing the cart stumble and the Ark begins to totter. Uzzah reaches out his hand to steady the Ark, and "the anger of YHWH was against Uzzah and God struck him there" . . . and we do not know what the next phrase means. But the sentence ends, "He died there with (next to?) the Ark of God."

Despite many ingenious, and some less than ingenious, attempts to make some theological sense of this scene, it appears as nothing less than a bit of magic brought forth out of great divine pique. "Touch my Ark, will you, says YHWH; well, I'll show you!" Hands off the divine Ark! That hardly seems the kernel of a sermon, however, at least not one I wish to preach. But I wonder. Could it be that this weird tale is a cautionary one for the would-be new king of Israel, the willful and ambitious David? Perhaps one ought not play so fast and loose with the sacred things of God.

The emphasis of the story seems to focus on David's reaction to the death of Uzzah. The lectionary very unhappily leaves this bit out, but it may be the crux of the whole thing. "David was angry that YHWH had burst out a great outburst (the verb and the noun are identical) against Uzzah, and he named the place Perez Uzzah (bursting out against Uzzah), and that is its name even now. And David was afraid of YHWH that day. He said, 'How can the Ark of YHWH come to me'" (2 Sam. 6:8-9)? How indeed? Are David's plans to rush right into the kingship blessed by YHWH or is YHWH still to be reckoned with as a God of real power, who will not be forgotten or used? 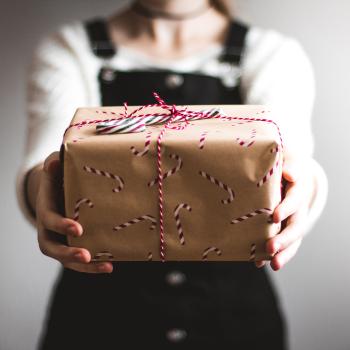 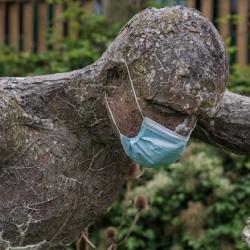 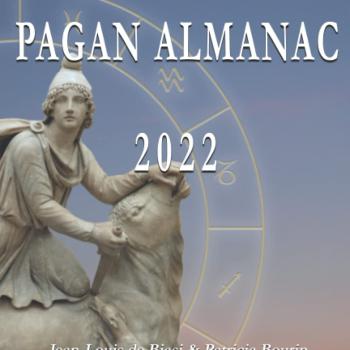