Dealing with the Day

I have a friend who has been severely sight impaired since he was a teenager. I asked him how he coped with it. He replied, "For about twenty minutes a day, I feel very angry and frustrated and lament how unfair it is that I have to deal with this. Then I get up and deal with the day."

I imagine that's what the man blind from birth was doing when Jesus and his disciples passed by in John 9:2. He was dealing with his day. Perhaps standing by the road, his cloak spread out to collect any coins passersby found it in their hearts to throw his way.

The negative assumptions about his condition no doubt made it difficult to deal with his day. Think of all the negative expressions in contemporary idioms in which physical blindness is equated with lack of recognition, understanding, and perception.

Sighted persons take for granted the positive idioms that surround them in which physical sight is equated with the presence of recognition, understanding, and perception.

I see your point.
Let's see what we can do about that.
It's nice to see you.
I see the handwriting on the wall.
I'll believe it when I see it.

So here stands the man blind from birth, dealing with the assumption that, because of his physical lack of sight, he also lacks recognition, understanding, and perception. (We shall see, as this strange tale unfolds, that, by contrast with the sighted religious professionals of his day, he possesses a rich measure of all three.) He stands by the way with the added negative assumption to deal with: that he was blind because either he or his parents had sinned.

Fred Schmidt, in his very helpful book The Dave Test: A Raw Look at Real Faith in Hard Times, points out that our views of God are more caught than learned. He looks at conventional interpretations of the sufferings of life, and puts them through what he calls "The Dave Test," how they would have sounded to his brother, David Mike Schmidt, M.D., a hand surgeon in Nashville, Tennessee who contracted brain cancer that took his sight and, eventually, his life. Fred would consider this equation of physical limitations with sin as an egregious example of people offering the suffering "misguided guidance" about God's role in sufferings that does far more harm than good. It's their way of dealing with their own discomfort and it adds guilt to the pain of the sufferer.

The notion that disability is caused by the sins of the parents has its roots in Exodus 20:5 and 34:7, which are quoted and reiterated in Numbers 14:18 and Deuteronomy 5:9. Despite the book of Job, the theory that there was a direct, causal relationship between sins and sickness was still alive in Jesus' time. If an adult got sick, the blame could lie in his own behavior. If a baby was born with an illness, one could fall back on Exodus 20:5: "I, the Lord your God am a jealous God, punishing children for the iniquity of parents to the third and fourth generation." (Brown, 371)

Despite all this negativity he had to deal with in the course of every day, the text gives no indication that the blind man was calling out to be healed. This is in contrast with the beseeching, demanding behavior of another blind man, Bartimaeus, in Mark 10. That said, though, this man certainly makes no protest when Jesus touches his eyes with mud, and he immediately does as Jesus tells him to, to go and wash in the pool of Siloam.

When Jesus and his disciples passed by there, the man was dealing with his day using the four senses he had as best he could. In her book Imagery for Preaching, Patricia Wilson Kastner makes the point that imagery in a text is not just what you can see, but it is "the whole sensory world of the text." She says we should ask ourselves what the characters in a narrative text hear, taste, touch, smell, and see.

The man blind from birth heard footsteps approaching. He felt the ground under his own feet.

He heard the sounds of men talking, a conversation between people asking questions and one responding to them. Perhaps every now and then he heard the thud of a coin hitting the ground near him.

He felt the touch of unfamiliar hands spreading mud on his eyes and the gooey paste being pressed to his eyes.

He smelled the pungent mud and the dust of Jesus' garments.

He felt hands pushing him in the direction of the pool of Siloam. And the cool splash of water on his face as with his own hands he washed away the mud

'The atrocities that can be justified... are nearly limitless'
Fred Clark
2 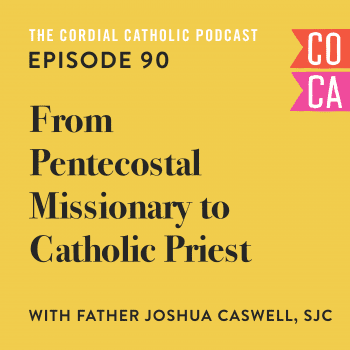 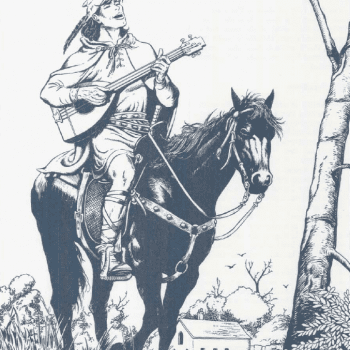 Catholic Bard Easy Access Portal
Mark Wilson
Get Patheos Newsletters
Get the latest from Patheos by signing up for our newsletters. Try our 3 most popular, or select from our huge collection of unique and thought-provoking newsletters.
From time to time you will also receive Special Offers from our partners that help us make this content free for you. You can opt out of these offers at any time.
see our full list of newsletters
Editor's picks See all columnists