References to Jesus' temptation in the desert appear in all three synoptic gospels: Matthew, Mark, and Luke. Mark makes a brief, two-verse reference to the event (Mk. 1:12-13). Mark recounts that the Spirit drove Jesus into the wilderness. In Luke and Matthew, we are told that the Spirit led Jesus into the wilderness. Matthew's version makes it sound as if the express purpose of the wilderness experience was so that Jesus could be tempted by Satan. It may be that the scene epitomizes repeated temptations Jesus experienced throughout his ministry.

There are echoes in the encounter between Jesus and Satan of Israel's testing in the wilderness. The reference to a mountain as a scene of a temptation is a counterpart to the mountain on which Moses received the Law. The New Moses resists testing God and shows himself to be the authoritative interpreter of Torah.

All three of Satan's tests tempt Jesus to betray his identity and misuse his power.

The first temptation is to make the gratification of one's own physical appetites the priority of one's life. Jesus counters the Devil's temptation by quoting Deuteronomy 8:3, then spends his ministry feeding people's bodies and spirits.

The second temptation is to gain influence and followers by flashy shows of power. Jesus counters the Devil's quoting of Psalm 91 with Deuteronomy 6:16, then spends his life inviting, not compelling people into the kingdom of God.

The third temptation is to gain wealth, possessions, and political control by an idolatrous misuse of power. Jesus counters the Devil's invitation by quoting Deuteronomy 6:13, which focuses true worship on God alone.

Who is this tempter in these scenes from the synoptic gospels? Called Satan in Hebrew, the devil (diabolos) in Greek, this figure stalks the pages of the Bible, growing in hostility and perceived power over against God. The Hebrew faith attributed both good and evil to God's agency. The Satan (adversary) makes cameo appearances as an agent of God in the Old Testament. His primary role was to uncover the weaknesses of humans who were highly regarded by God, allegedly to preserve God's honor (Job 1:6-12; Zech. 3:1-2). Satan becomes increasingly hostile and harmful in later Jewish views of his identity and role. He interferes with God's relationship to Israel through temptation (1 Chr. 21:1), by accusation before God (Zech. 3:1), and by disrupting the course of events throughout Israel's history.

Gradually, Satan's identity shifts from divine employee to God's chief competitor, in part as the result of Persian influence on Judaism. In that belief system, world history was viewed as a cosmic struggle between the forces of good and light and those of evil and darkness, with each represented by various angelic or demonic beings. Satan became the force of evil in the world. All sorts of existing legends and images about evil stuck to him as if he were a snowball rolling down a hill. So Satan is associated with the serpent of paradise, an ancient dragon, an exalted angel expelled from heaven, and the evil impulse that resides within each of us (Gen. 4:7).

In the Gospels, the present time is viewed as a showdown between God's rule as inaugurated by Jesus and that of Satan. That bigger picture is the context for this temptation scene.

Satan gets shown up in this little episode. The Tempter trips up. Lucifer loses out. The Devil gets duped. The Adversary gets something I can't mention in this column handed to him on a platter. Whatever label you want to slap on this debacle, I imagine that the Devil went back to his lair and engaged in a serious self-deprecation session followed by some determined debriefing. Here is how I imagine it went ...

Well, that was certainly humiliating. Thank God no one else was present to witness that debacle. I'm not used to losing, but I think I know where I went wrong.

For one thing, I think I overplayed the special effects. The appearing out of nowhere with the smoke machine. The flying with him on my back through the air up to the pinnacle of the temple and then the high mountain. The mountain was probably a mistake, too heavy-handed in its implied connection to Sinai. And on top of that, the actors' guild angels missed their cue. It was in their contract in Psalm 91 to show up, and I even promised to pay them overtime. How did they repay me? By being a no-show for my dramatic moment: "If you are the Son of God, throw yourself down; for it is written, 'He will command his angels concerning you, and on their hands they will bear you up so that you will not dash your foot against a stone'" (4:5, 5). They were supposed to be gathered at the bottom of the Temple with wings and eyelashes fluttering, arms reaching up to catch. But no, they were out in the break room, gathered around the buffet table. And then, as soon as I slink off with my tail between my legs, they show up and fawn all over him.

When You Pre-order a Book, It Makes a Difference (Here’s Why)
Carl McColman
3 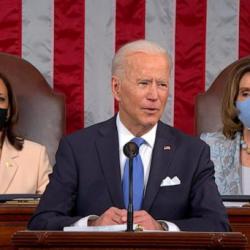 Biden Officially Recognizes The Genocide Of Native Americans
Andrew Hall
Get Patheos Newsletters
Get the latest from Patheos by signing up for our newsletters. Try our 3 most popular, or select from our huge collection of unique and thought-provoking newsletters.
From time to time you will also receive Special Offers from our partners that help us make this content free for you. You can opt out of these offers at any time.
see our full list of newsletters
Editor's picks See all columnists