A small plane with five passengers on it had an engine malfunction and was going down. The pilot came out of the cockpit with a parachute pack strapped on his back and addressed the group: "Folks, there is bad news, and there is good news. The bad news is that the plane's going down, and there's nothing more I can do. The good news is that there are several parachute packs by the wall back there. The bad news is that there are four of them and five of you. But good luck. Thank you for choosing our airline, and we hope you have a good evening, wherever your final destination may be." He gave the group a thumbs-up sign and was out the door.

A woman leaped up from her seat. "I'm one of the most prominent brain surgeons in the northeast. My patients depend on me." She grabbed a pack, strapped it on her back, and leaped out.

A man stood up. "I am a partner in a large law practice, and the office would fall to pieces without me." He grabbed a pack, strapped it on his back, and leaped out.

Another man stood up and said, "I am arguably the smartest man in the world. My IQ is so high I won't even tell you what it is. But surely you understand that I must have a parachute. He grabbed a bundle and leaped out.

That left only two people on the plane, a middle-aged pastor and a teenage boy.

"Son," said the pastor, "you take the last parachute. You're young; you have your whole life ahead of you. God bless you and safe landing."

The teenager grinned at the older man. "Thanks, pastor, but there are still two parachutes left. The smartest man in the world just grabbed my knapsack."

We are all in midair clinging to something. We'd better hope we made the right choice!

Jesus gives us a truth to cling to in our passage from Mark. But it's a pretty strange one. "For those who want to save their lives will lose them, and those who lose their life for my sake and for the sake of the gospel will save it."

A. E. Houseman, a non-Christian poet, called this first half of Jesus' saying "the most important truth about life ever uttered."

Those who want to save their lives will lose them. The word life in the Greek is psyche. It means the vital life force that sustains our inward being.

We assume this life force is ours to do with as we please, that it belongs to us.

And then we get clingy. We cling for dear life to other people, money, possessions, alcohol or food or another substance, our looks, our youthfulness, the neighborhood we live in, the prestige of our job or how well our children are doing in school, sports, life. Both of our arms are occupied clinging to our lives—and we don't have an arm free to reach out to anyone else.

I'm glad A. E. Houseman appreciated the first half of Jesus' saying, but there is a second half as well: "those who lose their life for my sake and the gospel's will save it."

That word life (psyche) shows up four times in these two verses. The Hebrew version of psyche is the word nephesh. Both terms refer to the vital life-force at the depth of our being that nothing on this earth can snuff out because it is a gift from God and belongs to God. "Then the Lord God formed the human from the dust of the ground and breathed into his nostrils the breath of life and he became a living being (nephesh)" (Gen. 2:7).

As one evangelist puts it, "Evangelism means telling people who think they have gotten saved to get lost."

A recruiter for Teach for America—a program that recruits bright, young people from college campuses to teach in America's most deprived school systems—once came to visit Duke University. To an auditorium full of Duke students she said, "Looking at you tonight, I don't know why I'm here. I can tell looking at you that you're bound for bright futures, success. And here I stand, trying to recruit you for a salary of $15,000 a year in some of the worst schools in America, begging you to waste your life for a bunch of ungrateful kids in the backwoods of Appalachia or inner city Philadelphia. I must have been crazy to come here. But I do have some literature up here, and I would be willing to talk to anybody who happens to be interested. The meeting is over." An amazing number of students went forward, dying to give themselves to something bigger and more important than their own selves.

Will Willimon tells of a friend of his who hit bottom, spun out of control, and crossed the median heading the wrong way at 100 miles per hour: He fell from his prestigious perch as an attorney to the depths of alcoholism. He came home one day to find his family, his pastor, and three of his close friends all sitting in his living room. And it wasn't his birthday. Yet it was. 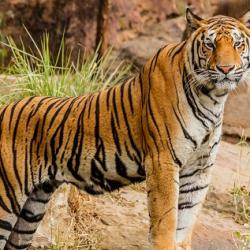 Why White Evangelicals Are Freaking Out Lately
Cassidy McGillicuddy
Get Patheos Newsletters
Get the latest from Patheos by signing up for our newsletters. Try our 3 most popular, or select from our huge collection of unique and thought-provoking newsletters.
From time to time you will also receive Special Offers from our partners that help us make this content free for you. You can opt out of these offers at any time.
see our full list of newsletters
Editor's picks See all columnists