When we misbehave as children, we are told, "Go to your room and think about what you did." I wonder if that's what the Satan did after his miserable failure at tempting Jesus.

I wonder if he thought something like, "I overplayed my hand. One temptation may have been enough. But no, I had to go for three. Modest temptations maybe would have done the trick. I could have tempted him to turn one pebble into a donut hole. But I had to challenge him to turn a whole field of stones into loaves of bread. I could have tempted him to jump off a small cliff to see if God would keep him from breaking his ankle. Instead, I had to take him up to the pinnacle of the Temple and challenge him to jump to his death. I could have taken him to the top of a hill and offered him one diamond mine or power over one town. Instead I had to whisk him up to a high mountain and offer him the whole world. The drama, the special effects, the number and magnitude of the temptations -- they were just too much, too obvious, over the top. I can't believe how badly I overplayed my hand!"

I (Alyce, not Satan talking now) take evil very seriously as all that which works against God's will for mercy and justice in the world. I take temptation very seriously as any voice that seeks to turn us from God and toward self. I understand there to be, as the rabbis did, an evil inclination, residing within a person, tempting him or her to make wrong choices. I see the wisdom of the title of Reinhold Niebuhr's classic book Moral Man, Immoral Society, wherein he presents the theory thatthe good within one can be muted and the evil within one become magnified in the many. All this being said, I don't understand evil as residing in a person outside myself.

Still, the Temptation narrative helps to clarify what the voices that work against God are saying within us and around us and how we may be prepared for both their bullying and their seduction. We need to be prepared for just how subtle and seductive they can really be.

The work of literature that comes to mind when I think about Temptation is The Screwtape Letters by C.S. Lewis. It is a satirical Christian apologetic novel first published in 1942. It consists of thirty-one letters written by a senior demon named Screwtape to his nephew, Wormwood, a younger and less experienced demon, who is charged with guiding a man (referred to as "The Patient") toward "Our Father Below" (the devil, or Satan) and away from "the Enemy" (God). After the second letter, the Patient converts to Christianity, and Screwtape chastises Wormwood for allowing this to happen. Screwtape notes however, that they have the advantage of distraction, which could potentially dull his new faith. Throughout the book a contrast develops between Wormwood and Screwtape. Wormwood, younger and more brash, wants to tempt the Patient into dramatic and extravagant sins. Screwtape, older and wiser, seeks to tempt the Patient in smaller, more subtle ways. As he says in Letter XII, "...the safest road to hell is the gradual one -- the gentle slope, soft underfoot, without sudden turnings, without milestones, without signposts."

I have heard many sermons that have sought to connect the lives of listeners with the dramatic temptations Jesus faced in the wilderness at the hands of the Satan. Sometimes it seems like a stretch. I suppose I get that we are tempted, like Jesus, to use our gifts for our own immediate gratification (turning stones into bread). I see that we are not to test God by assuming that God will protect us when we take foolhardy risks with our own lives and the lives of those who trust in us (throw yourself off the Temple). I understand that we are tempted to make possessions and power our priority rather than God (worship the Satan and gain the whole world).

The Temptation story sometimes seems too dramatic and too distant for me to gain a foothold in the story. It's easy to read it and keep on moving. Until, that is, I woke up in the middle of the night recently with this sentence in my mind: "The greatest Temptation is the Temptation not to pray." I don't know where that came from. It sounds like advice Screwtape might have offered to Wormwood.

A couple of years ago, I was leading a Spiritual Formation group at Perkins School of Theology where I teach. It's a required year-long, weekly course. Students explore the history and theology of various classic Christian modes of praying, practice them daily, and gather to share their experiences. The first week their assignment was to start each morning with fifteen minutes of prayer. They were to find a quiet spot, center themselves in God, read a few verses of Scripture, and then open their minds and hearts to say a few sentences of praise, confession, thanks, petition, and intercession.

Sean Connery turns ninety: What the popularity of James Bond can teach us...
Jim Denison
2 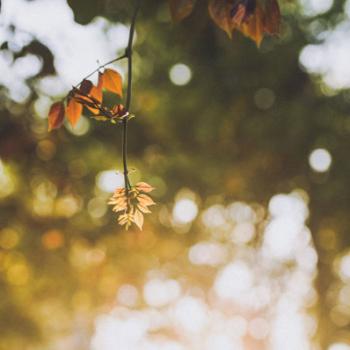 How to Cultivate Courage
Randy Alcorn
4

How to Mourn with Those Who Mourn
Michelle Arnold
Get Patheos Newsletters
Get the latest from Patheos by signing up for our newsletters. Try our 3 most popular, or select from our huge collection of unique and thought-provoking newsletters.
From time to time you will also receive Special Offers from our partners that help us make this content free for you. You can opt out of these offers at any time.
see our full list of newsletters
Editor's picks See all columnists