Note: Edgy Exegesis is glad to offer this week the reflections of a guest columnist, the Rev. Don Underwood.

I have a friend who has the annoying habit of always telling the truth. If a group of people are trying to politely discuss a delicate topic, he will inevitably make the politically incorrect observation that will leave people in stunned silence, partly because they are offended, but mostly because they have no retort for a statement that is indisputable. We have all learned in somewhat painful ways that the facts are often inconvenient, and sometimes embarrassing.

If telling the truth is offensive, then some of the worst offenders are the writers of the gospels. The original ending of Mark's gospel leaves us with this uplifting image of the disciples: "Overcome with terror and dread, they fled from the tomb. They said nothing to anyone, because they were afraid." (CEB) Not exactly the ending we were counting on as we construct that Easter sermon! Luke and John also convey unflattering reports about the post-resurrection disciples and their confusion or doubts about the resurrected Jesus.

Today we turn to Matthew's ending, and our eyes are inevitably drawn to the famous final two verses that are known as the Great Commission. Wouldn't it be nice if we could get to that part of the text without dealing with verse 17: "When they saw him, they worshipped him, but some doubted." If only Matthew could have spared us that little detail about the wavering faith of some of the disciples.

The preacher is faced with a dilemma: does she jump right to verse 18 and avoid that awkward little comment about the doubting disciples, or does she acknowledge the inconvenient truth that has been spoken in the midst of a polite conversation? I suspect that most teachers of this text, either in the sanctuary or the Sunday school class, follow the dictum that was articulated so brilliantly by Jack Nicholson in A Few Good Men: "You can't handle the truth!" If so, the hearers of the sermon get shortchanged in more ways than one.

If one were to "listen in" on the conversation of a group of professing Christians, there is a good chance that it would consist of happy talk and confident faith. Oftentimes Christians talk as if faith is easy and doubt is ridiculous. I dare say there are Sunday school classes and Bible study groups where an authentic expression of doubt would be met with incredulity if not downright ostracism. That is neither faithful to the original text nor a faithful reflection of the challenges faced by modern believers.

If one were to take a less sanguine approach to this text, it might begin by imagining the conversation once Matthew has joined the group. People might be enthusiastically talking about baptizing believers in the far corners of the earth, and then Matthew drops that embarrassing little reminder about verse 17. What would be the response? I am guessing that some in the group would be offended, but others would breathe a sigh of relief in the knowledge that they are not alone with their questions and their doubt. For them verse 17 might be an important part of the faith journey.

I wonder if it's possible that Matthew knew exactly what he was doing when he preceded the Great Commission with the observation that at least some of the early disciples struggled with their response to the open tomb. Is it possible that he was reminding us that, in the task of spreading the gospel and baptizing followers, we should always be mindful and respectful of those in the crowd who are struggling with doubt? What if faithful proclamation of the Good News demands the courage to acknowledge that faith isn't easy? Perhaps Matthew was counting on the fact that both preacher and hearer can, in fact, handle the inconvenient truth that faith and doubt are part of the same conversation. 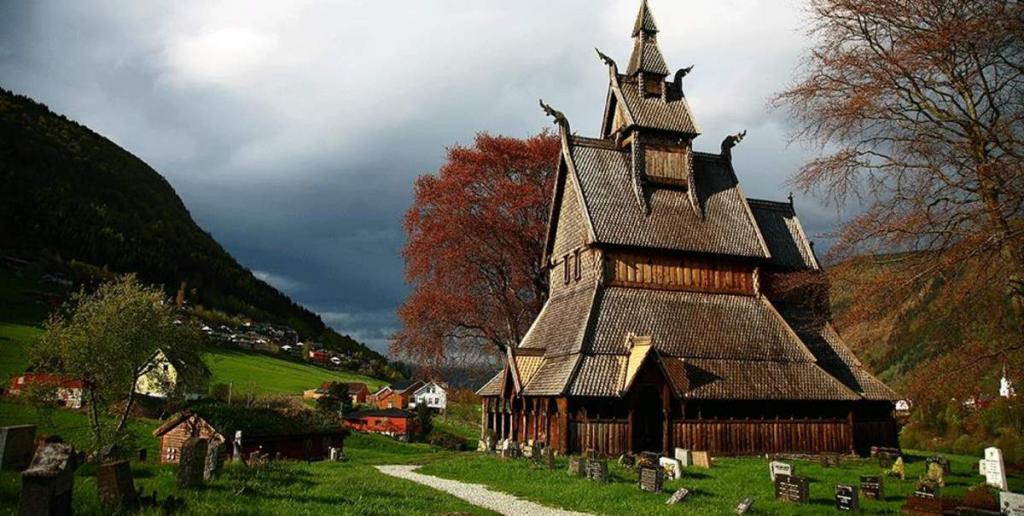 Norwegian churches that survived the Black Death, and other matters
Dan Peterson
3

Religious liberty isn’t a license to kill
Jennifer Butler
Get Patheos Newsletters
Get the latest from Patheos by signing up for our newsletters. Try our 3 most popular, or select from our huge collection of unique and thought-provoking newsletters.
From time to time you will also receive Special Offers from our partners that help us make this content free for you. You can opt out of these offers at any time.
see our full list of newsletters
Editor's picks See all columnists