Fifteen years ago our family visited the Biblical Arts Center in Dallas, Texas where we now live. Our children were particularly taken with the 124-by-20 foot oil painting by Torger Thompson entitled "Miracle at Pentecost." It was displayed every hour on the half hour accompanied by a light and music show. The painting depicted the Acts 2:1-13 version of Pentecost, complete with over two hundred biblical characters. Completed in 1969, it was the centerpiece of the museum from 1969-2005 when the museum was gutted by a fire and the painting was destroyed. The museum has since reopened with new galleries and a new name: "The Museum of Biblical Art." And though the painting was destroyed by fire, today we can still celebrate that the Miracle at Pentecost lives on.

A visual depiction of the Acts version called for a painting that was panoramic in size and scope. It called for special lighting effects and sound. I vividly remember that as our family sat in the theater seats, a spotlight lit up various people in the painting and a recorded narration recounted their stories. I thoroughly enjoyed the painting and the panoramic presentation. But I was a spectator, beholding a long ago event, dramatic, yet distant. That is how I sometimes have felt in reading the Acts 2:1-13 version of the "miracle at Pentecost." John's more intimate introduction of the Holy Spirit occurs in John 20:19-23. Our text for this week from John 14 is Jesus' promise that it is on its way.

Our text could be portrayed by a portrait rather than a panorama, and that portrait would feature two people, Jesus and Philip. It would depict this interchange, which comes near the beginning of what scholars call "The Last Discourse" (13:31-17:26) in John's gospel. Jesus has just told the disciples that "If you know me, you will know my Father also. From now on, you do know him and have seen him"(14:7).

Philip seems to be demanding a literal sighting. "Show us the Father and we will be satisfied" (14:8).

It is possible to be near someone for years and not be close to them. I am embarrassed to say that I have lived across the street from my neighbors for thirteen years, and I don't know anything much about them beyond their names. I put Christmas cookies on their front step this year with a card, but that is not really much of an effort. If I live here for thirteen more years, will anything change? Clearly, proximity doesn't equal relationship.

I've written in past columns and blogs about the difficulty we sometimes have in appropriating the Good News of Easter. It occurs to me that the same could be said of the "Miracle at Pentecost" of Acts 2. It's dramatic and distant—what does it have to do with us? It might help us to remember that, as with the good news of Easter, not everybody "got it," and certainly not everybody "got it" right away.

If I were to paint a picture of Pentecost in John's Gospel, it wouldn't have to be 124-by-20 feet. But it might include several people who, in one on one encounters with Jesus, misunderstood his message and identity because they were operating on the literal level and Jesus was operating on the level of spiritual reality. My painting might be called "Misunderstanding of Pentecost."

I'd invite you to take your seat and the curtain would draw back and the painting would begin in darkness but then, one by one, the characters would light up.

There is Nicodemus who doesn't get how he is supposed to climb back into the womb when he is a grown man. "How can one be born after having grown old?"(3:4)

There is the woman at the well who doesn't understand how she's supposed to get living water when the well is too deep. "Sir, you have no bucket and the well is deep. Where do you get that living water?" (4:11)

There is the man by the pool of Bethzatha who thinks healing can come from bubbling water while the Healer stands right next to him. "Sir, I have no one to put me into the pool when the water is stirred up; and while I am making my way, someone else steps down ahead of me" (5:7).

There is Thomas, who in chapter 14 has just revealed a literal understanding of "the Way" (14:5)

. "Lord, we do not know where you are going. How can we know the way?" Jesus then tells him "I am the Way, the truth and the life."

And now the spotlight illuminates Philip as he takes his turn at misunderstanding. 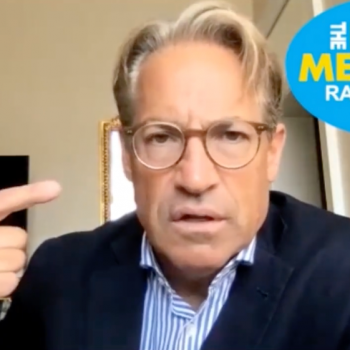 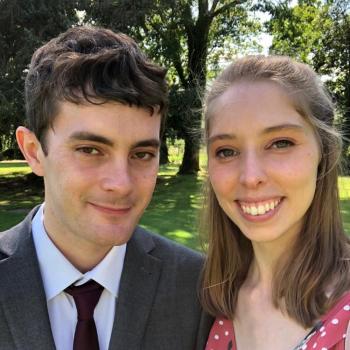 Will Our Humanist Wedding Be Meaningful?
Jonathan MS Pearce

Alyce McKenzie
Alyce M. McKenzie is the George W. and Nell Ayers Le Van Professor of Preaching and Worship at Perkins School of Theology, Southern Methodist University.
Get Patheos Newsletters
Get the latest from Patheos by signing up for our newsletters. Try our 3 most popular, or select from our huge collection of unique and thought-provoking newsletters.
From time to time you will also receive Special Offers from our partners that help us make this content free for you. You can opt out of these offers at any time.
see our full list of newsletters