Leadership in Anxious Times: Six Lessons for the Church

Back in October of last year, my wife and I moved into a home built in 1956. The original owners had died and the house was sold to us by their estate. The husband had died twenty years ago and his wife died last year at age 94. Between what they didn't care about, couldn't do anything about, and didn't notice, there was a lot of work to do. One colleague observed, "It's thirty years of neglect that made it affordable."

In order to deal with a variety of basic problems, we hired a building firm that had a good reputation and came highly recommended. That's where the story got ugly. On the first day the crew arrived, announcing that they would be at our house from 7am to 6pm, five or six days a week and they would be gone by Thanksgiving. By the third day, the same energetic, bright-eyed crew straggled in mid-morning, the work faltered, the painters ruined twenty-two interior doors, announced that they couldn't refinish woodwork that they promised they could refinish, and, working all over the house, they left us living in dust and dirt. We "fired" the two sub-contractors and asked the builder for a new crew. The second crew quickly demonstrated that they couldn't do the work. And, after managing the project to protect our own interests, the builder finally (and grudgingly) sent us a real painter and carpenter who worked for two months to finish the project. When the dumpster left yesterday, they had been working on the house for 215 days. We considered breaking a bottle of champagne on the truck as it left, but that seemed like a waste. So we drank the champagne, recycled the bottle, and celebrated the crew's departure.

What we learned by watching the performance and by talking to "the subs" was that the company has slipped—a lot. In the middle of the financial downturn, they hired contractors who were cheaper, less experienced, and anxious for a paycheck; and, in order to compensate for the slowing market for new construction, they billed themselves as remodelers. The problem was that they didn't have experience with the process. They lacked the sensibilities to do the task well. The personnel had no experience with renovation projects and the project manager didn't know how to monitor a complex process that honors a house's past and ushers it into the future. Anxious times had prompted the company's leadership to make promises it couldn't keep.

There are lessons here for the anxious church:

Stick to your core competence. For churches, that involves identifying the core theological commitments of your tradition and the approach to worship that lies at the heart of your community. If you can't do that, you're in trouble. If your core competence is dispensable, then there is no reason for you to exist.

Don't make promises you can't keep. Desperate, fragmentary fixes do not constitute a strategic plan. Every institution needs to change to some degree over time, but the changes should be made thoughtfully. Preserve the practices and convictions that are part of your identity and core competence. The changes that are made require a detailed analysis of what is needed to accomplish your goals and, in most cases, it requires a bit of practice and experimentation. If you don't have time to be strategic, call the actuary. The future of your community is on the clock.

Don't confuse creative marketing with effective mission. Nothing sidelines an institution faster than contraction and flailing that is labeled as vision and the dawning of a new era. The people who come through your doors know it instantly. Many more simply never show up, because they can smell false advertising a mile away.

Don't abandon training the best of leaders. Institutions without a strategic plan are forever looking for a quick fix. Someone younger. Someone with education and training obtained through the express lane. Educational preparation for ministry could always be improved. But the key isn't to dumb-down what they are offered. The key is to define sharply the preparation that is needed.

Remember, apologies aren't enough. If you aren't ready to meet the needs of people, endless failures papered-over with endless apologies will never work. Such apologies will keep a few polite, sympathetic souls around. But the vast majority of people will find another place to thrive.

Finally, the church (unlike a construction company) has a mission and it needs to honor and commit to that mission: becoming the body of Christ. The anxious search for an alternative endeavor that no longer corresponds closely to that goal is bound to fail. 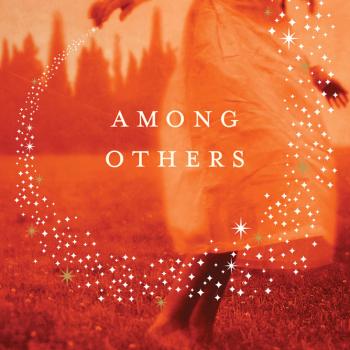 A Tomte by Any Other Name
Lea Svendsen
4 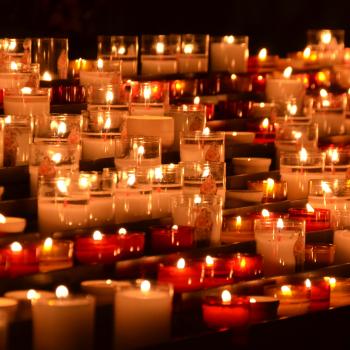 The Death of RGB and Mourning Strangers
Mortellus
Get Patheos Newsletters
Get the latest from Patheos by signing up for our newsletters. Try our 3 most popular, or select from our huge collection of unique and thought-provoking newsletters.
From time to time you will also receive Special Offers from our partners that help us make this content free for you. You can opt out of these offers at any time.
see our full list of newsletters
Editor's picks See all columnists