Literal readings of passages like this one that the lectionary offers up today have caused no end of mischief in the modern church. That mischief comes in several forms and plays out in myriad dangerous ways. The story is well known, and echoes of its plot recur in stories told of Jesus of Nazareth in the New Testament. Let me clear at the beginning: I am not entering the thorny thicket of whether or not such miraculous events have occurred or can occur. It strikes me as hopeless to get into a fight about whether or not persons with special powers can raise other people from the dead. I do not happen to think that to be possible in the world that I know, but for those of you who think it may be possible, I bear no theological grudge against you, neither do I wish to engage in theological fisticuffs to offer you battle. My concerns are rather more directly theological: just what sort of God is portrayed in this story? To me, that is the question that needs address in this tale of Elijah's resurrection of the widow's dead son.

Elijah, the 9th-century B.C.E. prophet of YHWH (after all, his name means "YHWH is my God"), is commanded by that God to go to Zarephath in Sidon (a place outside of the usual territory of Israel on the upper northwestern coast near the Mediterranean Sea), where he will meet a widow, whom God has chosen to feed the prophet, trying to survive in the midst of a three-year drought that he himself has instigated. Elijah shows up at the widow's house and demands to be fed (he is less than polite in his request for food: 1 Kgs. 17:10). The widow tells the prophet that she is about to make her last meager meal for her and her son, because the provisions are about to be exhausted, and after that she and her son will die of starvation. Don't worry, says Elijah, and he waves his magic wand (well, it does not say that, but he does some sort of magic act), and—poof!—her jar of meal and her container of oil miraculously continue to refill themselves, and she, her son, and Elijah eat for many days (1 Kgs. 17:14).

Surely this story is remembered and retold to demonstrate to the hearers and readers that Elijah is a man of power, called by God to act with that power to save even the widows of the world, among the most marginalized of ancient peoples. Hence, God is especially concerned with those who have no other resources. This is a clear biblical emphasis, and any preacher would be happy to express this idea to her people.

But then, things get decidedly theologically dicey. The widow's son falls ill, so terribly ill that "there was no breath left in him" (1 Kgs. 17:17). This appears to be a poetic way of saying that the boy is, in fact, dead. Immediately, the widow shouts in her grief that Elijah has entered her house not to help her at all, but to "bring my sin to remembrance, and to cause the death of my son" (1 Kgs. 17:18). This is a terrible accusation in two ways. First, the widow makes the assumption that something she has done in her life has brought about the death of her child, a monstrous notion that still plays on the lips of modern Christians as they wrestle with their grief and loss. Second, she blames Elijah, the prophet, as having called her past sin to mind, that awful deed that she now believes has, in effect, murdered her son. Does she thus see Elijah as so holy and pure that she sees herself as nothing more than a filthy sinner in his light? If so, she then concludes that her son's death was precisely her fault.

Both of these conclusions are frightening in the extreme. In my own ministry, I have heard more than a few people go on desperate and heartfelt searches for the supposed sins they have committed that have led to the pain, suffering, and death of those they loved. I once overheard a clergyperson say to a grieving woman in a hospital ICU waiting room that the reason her husband was dying was because she had led him to attend my church instead of the only correct church, namely his own. I wish I had made that story up, but it is all too true.

To imagine that the God we worship is ever on the lookout for ways that our deeds might be punished through the demise of those we love makes God out to be little more than a sadist. I want no part of such a God. Further, to blame someone else, in this case a person of God, for espousing such a belief and for reminding her of a past deed, however unnamed in the story, that has led to her son's death is equally horrific. This search for blame is a procedure of despair, pinning on God reasons and actions which we cannot know and thus making that God ultimately responsible for cruel acts that ought to lead to prison time rather than worship.

I fear it gets worse. Elijah grabs the dead boy, and takes the corpse to his own bed room, shouting to God, "O YHWH, my God, have you brought calamity even upon the widow with whom I am staying by killing her son?" (1 Kgs. 17:20). In effect Elijah implies, "Look, God. You sent me to this widow in the first place, and now will you add insult to injury by having her blame me for the death when in fact it is you who have killed him?" It all comes back to this belief, shared by the widow and Elijah, that YHWH is the culprit here, a God who spends divine time evaluating human behaviors and doling out nasty punishments for that behavior, even to the death of innocent children.

Refugees And The Rule Of Law
Henry Karlson
3 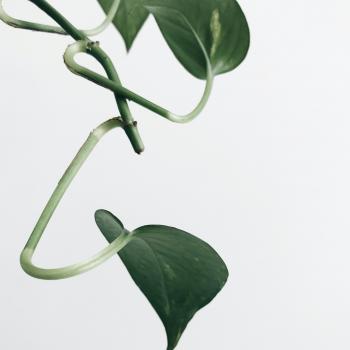 Common Grace, 2.37
Coyle Neal
Get Patheos Newsletters
Get the latest from Patheos by signing up for our newsletters. Try our 3 most popular, or select from our huge collection of unique and thought-provoking newsletters.
From time to time you will also receive Special Offers from our partners that help us make this content free for you. You can opt out of these offers at any time.
see our full list of newsletters
Editor's picks See all columnists