Many years ago, Lutheran preacher Edmund Steimle preached a memorable Christmas Eve sermon entitled "The Eye of the Storm." In it he compared the lovely "Silent Night, Holy Night" nativity scenes to the eye of a hurricane. Silence and eerie stillness precede the winds, the waves, the chaos and the destruction—like a snow globe scene before it gets shaken.

I bought my mother a nativity snow globe on eBay last Christmas. It cost $29.95, though it looked much more expensive. Its base was the city of Bethlehem, and its contents were the Holy Family. The little plaque at the base read "Silent Night, Holy Night." It played "O Little Town of Bethlehem" when you wound the key on the base. I couldn't wait to give it to my Mom! But first I had to fly from Dallas, Texas to Harrisburg, Pennsylvania for our Christmas visit. I planned to carry it on, heavily wrapped in newspaper, rather than put it in my checked luggage where it might break. The young security guard unwrapped it and said, "You can't take this through. It has too much liquid in it." We were cutting it close time-wise, so I had no time to run back to the counter and put it in my checked bag. The young man was most apologetic. I told him to give it to his mother. He said he wasn't allowed to do that. So I guess my snow globe ended up in a landfill somewhere.

I would bet that Edmund Steimle would have sympathized with my emotional pain at having to abandon my snow globe but, on a theological level, he may not have mourned its being left behind at the beginning of the Advent season. A peaceful, lovely snow globe scene doesn't do justice to the eye of the storm into which the vulnerable baby was born. It doesn't accurately depict the danger and unpredictability of the storm into which he will return. Advent is not just a season of waiting for a baby. It is a time of preparing for the return of the full-grown Son of Man, to judge and redeem our chaotic, violent world.

If we took our cue from Matthew 24:32-44, a strange series of snow globe scenes would appear. Scenes of barren fig trees; people partying, unaware of the coming flood; people snatched from their plowing; a thief casing out your house, figuring out the best time to break in. We could probably commission an artist to make a snow globe with a barren fig tree in it, a pre-flood party, a scene from field or mill, or one featuring a little Thomas Kincaid type cottage and a thief trying to break in. Or, most dramatic of all, how about a snow globe scene that features the Son of Man coming on the clouds of heaven with power and great glory, with his angels to gather the elect. The plaque at the bottom would read "The Necessity for Watchfulness."

"The Necessity for Watchfulness" is the heading my Bible gives this passage from Matthew, sandwiched between Jesus' teachings about how to recognize the signs that the Son of Man is about to arrive and several parables that commend readiness for the imminent judgment that awaits (ten bridesmaids, talent, sheep and goats).

The text challenges us with the question: What does the plaque read on the snow globe of your life this Advent? What snow globe scene—what freeze frame—will you be caught in when he appears? Whether we think of him as appearing in the future, or, in keeping with a realized eschatology, as appearing right now, the question is the same. What are we doing as he arrives?

One thing we are not to be doing is calculating the exact time and date of his return. Matthew 24:36 prohibits our seeking to predict the time of Jesus' return. As Douglas Hare points out in his commentary on Matthew, "Not even the Messiah knows when the end will occur! Not even the highest archangels are privy to the Father's intention! How foolish it is for humans to think they can play with biblical numbers and ambiguous prophecies and discover what was hidden even from Jesus!" (Douglas Hare, Matthew: Interpretation Bible Commentary, 282)

So what are we to be doing instead? According to the text, we are to be ignoring false teachers and their signs (24:23-27) and making as our first priority staying alert for the Son of Man's coming. High Alert is crucial because the Son of Man is coming at an unexpected time (24;36). We are to be preparing for the return of the Son of Man. It's no good saying nobody told us how to get ready. The whole gospel of Matthew is about how to be a hearer and a doer of the teachings of Jesus.

The good news of Advent is that the Son of Man is appearing in the skies of our personal and communal lives right now, helping us to prepare for the future. We still have time to be ready. The Son of Man's return is every time we look up and see the face of the Crucified, Resurrected one appearing in the skies of our lives. Where are there examples of human kindness and communal efforts on behalf of society's helpless and hopeless? What kind of snow globe scene would capture them?

The Return of Oral Hermeneutics (An Overview)
Jackson Wu
2 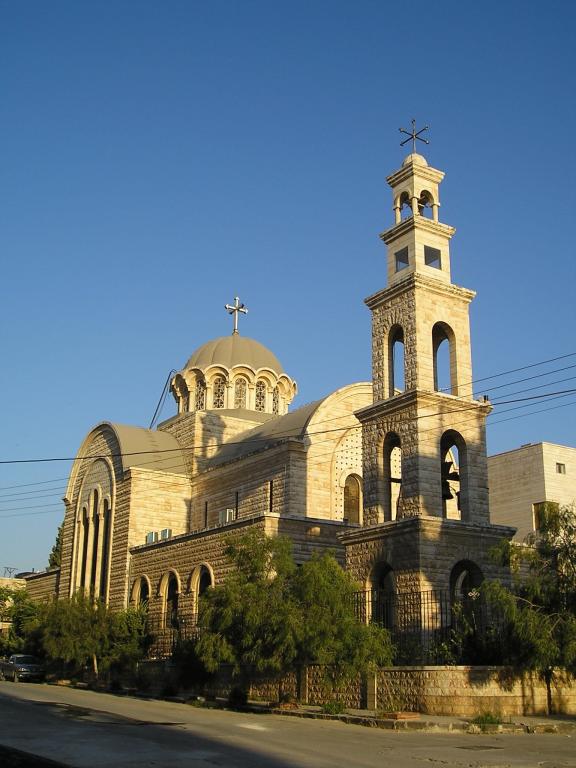 Revision 4.5 "Muhammad and the Restoration of Lost Truth"
Dan Peterson
3

The one theology question nagging all others throughout history
Rick Snedeker
Get Patheos Newsletters
Get the latest from Patheos by signing up for our newsletters. Try our 3 most popular, or select from our huge collection of unique and thought-provoking newsletters.
From time to time you will also receive Special Offers from our partners that help us make this content free for you. You can opt out of these offers at any time.
see our full list of newsletters
Editor's picks See all columnists