I sometimes ask myself: Who, among all the characters in the Living Nativity, would I most like to meet? And this year, my thoughts turned to Mary of Nazareth, mother of Jesus. I wonder, who is this elusive woman almost worshiped by some and almost ignored by others? What advice would she give us in preparing for the coming of her son this Advent?

For Roman Catholics, Mary is a Co-Redeemer with Christ whose job description is to act as a go-between with us sinners on earth and God in heaven. The names of some Roman Catholic churches in the area where I grew up speak volumes: Our Lady of Perpetual Help, Our Lady of Grace, Queen of the Universe, and Our Lady of Good Counsel.

During the Middle Ages, as the church's leadership became more and more distant from the people, Mary became important in the prayer lives of the common folk, as one who could empathize with their plight and mediate forgiveness. In the councils of the Church through the centuries, she gradually gained supernatural qualities. She was declared absolutely free from personal sin before her birth and to this day (the Immaculate Conception, a doctrine formally proclaimed in 1854). She remained perpetually a virgin (a doctrine affirmed by several church councils by the 7th century), and she was taken directly from earth to heaven (the Assumption, 1950).

We Protestants accuse Roman Catholics of overemphasizing Mary's role to the point that she is venerated almost on par with her son. But we may go too far the other direction. For many Protestants, Mary is just a peasant woman chosen to bring the Son of God into the world. Roman Catholics accuse us Protestants of putting Mary on a shelf to gather dust, ignoring her role in salvation history.

Learning from Mary about Preparing for Jesus' Arrival

Both worship of Mary and reducing Mary to her biological role miss out on something very important: Mary's example as a person of faith, called by God, struggling with the daily demands of her life. It is this Mary who can help us prepare spiritually for the coming of her son.

Where do we go to find such a Mary? Not Mark, who never mentions her. Not Matthew or John really, who don't do her justice.

It is the gospel of Luke that best portrays the fullness of Mary's human life as an example of faith for us. Luke's portrait of Mary cracks open the snow dome and lets Mary out to stand flesh and blood, life-size, before us and invite us to participate with her in giving birth to, raising, mourning, and—eventually—following Jesus Christ our Lord. Luke portrays her in a startling role: one that shakes up the way we've been brought up to think of her and invites us to stop observing her and start imitating her.

For Luke, Mary is first a prophet. We think of Mary, not as outspoken and bold for justice, but as quiet and passive. Yet here in the Canticle of Mary in Luke 3:46-55, we get a different picture of Mary. (A canticle is a hymn, psalm, or other song of praise. The word canticle comes from the Latin canticulum, a diminutive of canticum, song.) Here Mary sings a song of praise to God who shakes up the status quo, who lifts up the humble like her, and chooses her, rather than a queen or princess, to be bearer of God's Son. She foreshadows her son's prophetic ministry that will do the same thing.

Mary Objects to the Prophetic Call

In preparation for her prophetic song of praise to God in 1:46-55, Mary goes through all the classic steps of the call of prophets familiar to us from the Old Testament: God's initial call, God's task, prophet's objection, God's reassurance, prophet's acceptance of call.

First comes her call and her commissioning to her prophetic task: "Hail, favored one . . . you will conceive in your womb" (Lk. 1:28). The Old Testament prophets Isaiah and Ezekiel saw visions and heard God's commission in the midst of them. Isaiah witnessed a great heavenly gathering, in the midst of which God tells him to go and prophesy to the people (Is. 6:9). Ezekiel saw an elaborate vision of a cloud and four-winged creatures in the midst of which God gives him a message to go and tell to the people of Israel (Ezek. 2:3). Jeremiah is told by God: "I have appointed you to be a prophet to the nations." In Mary's case, God sent the angel Gabriel to confront her and tell her she has been chosen. The angel doesn't say, "Your mission, Mary, should you choose to accept it." The angel says to her, "And now, you will conceive in your womb and bear a son, and you will name him Jesus." Like other prophets, Mary is informed what she is going to do. She is not consulted about what role she would like to play.

In the call of Old Testament prophets, the prophet always objects to the call by protesting his inadequacy or pointing to some factor that makes it impossible. Jeremiah said, "Ah, Lord God! Truly I do not know how to speak, for I am only a boy." Moses said, "Lord, I am not a very good public speaker. Here am I, send Aaron." 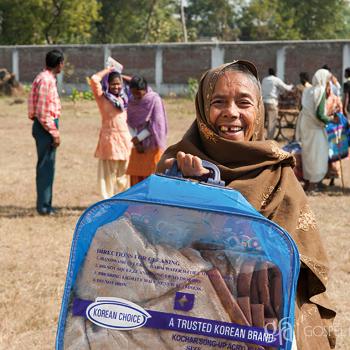 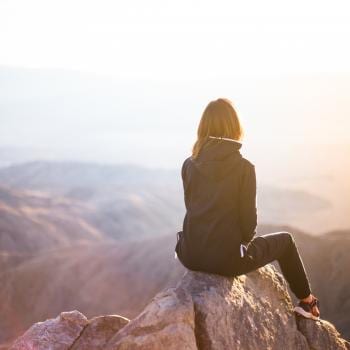 What does the mouse eat?
Fred Clark
Get Patheos Newsletters
Get the latest from Patheos by signing up for our newsletters. Try our 3 most popular, or select from our huge collection of unique and thought-provoking newsletters.
From time to time you will also receive Special Offers from our partners that help us make this content free for you. You can opt out of these offers at any time.
see our full list of newsletters
Editor's picks See all columnists