Scandal and apology have been everywhere these last few weeks—on Oprah, on Katie, TIME, and Sports Illustrated.

In other words, it's just a normal moment in our national life. Substitute Bill Clinton for Manti Te'o, John Edwards for Lance Armstrong (why is it always, always men disgracing themselves?), Jay Leno for Oprah—but you get my point.

Someone in America is always falling from grace in a very public way, and most end up trying to regain some dignity and reputation, also in a public way.

If we were talking here about a German celebrity or an Italian prime minister, we wouldn't be talking the same level of moral outrage. Most of the Western world, for example, looks down on us a little because we tend to string up public figures who commit sexual peccadilloes.

But in this country, where the moral remains central, the response to having failed one's fans, constituents, or the larger public is almost always a public confession.

Last week I was having a conversation about such confessions with the producer and host of the great radio show Interfaith Voices, and I asked host Maureen Fiedler—truly thinking about the question—How had Lance Armstrong hurt me?

I live in Austin, Lance Ground Zero, and like many here I always thought that Lance Armstrong was doping, so my trust was not betrayed by these not-so-revealing revelations. Likewise, many Austinites believe that whatever substantial good Lance's story and cancer foundation have done for cancer victims, his actions over the years reveal him to be a bully only out for himself. My girlfriend Jeanie (who used to be in Austin TV news) and I actually polled our experience and our friends, and couldn't think of anyone who believes Lance Armstrong is a nice guy. So where was I to be disappointed?

"Because he cheated," Maureen said. "Because he lied to us all." And although I personally did not feel betrayed, I think Maureen was right.

Lance Armstrong had to make public expiation because in America his private sin had a public dimension.

Some years ago, G. K. Chesterton opined that America is a nation with the soul of a church, and when you look at the twin strands of American thought, the Puritan and the Jeffersonian, both rest on a moral basis.

The Puritans were classic moralists who believed that individual behavior had social and maybe even metaphysical consequences. It's here that we find the roots of our Chosen Nation rhetoric; the Puritans believed we were favored and specially blessed, so long as we lived up to our end of the bargain. Annual election sermons, a genre that continued into the 18th century, were about how our failure to live moral and godly lives would damn not just ourselves, but our society.

The Founding Fathers later enshrined fairness and opportunity in our foundational documents, as well as what Jefferson called "the pursuit of happiness," which (as I've written on at length in Faithful Citizenship) was not about hedonism so much as it was about what lovers of Aristotle and Epicurus would have understood as living a good life, being of service to others.

And despite all the cries about our declining morals, these same twin impulses continue today in the campaigns of the religious right and in social justice movements on the left: "Do the right thing," play fair, and all will prosper.

We don't always agree what the right thing is. But there are some things that as a culture we're pretty sure about: cheating, lying, unfaithfulness, and taking an unfair advantage are all things that violate our social contract in some way.

Because we're Americans, though, our moral underpinnings are complicated by our pragmatism. Americans love fairness and good deeds, and they also love what works. So we hold up Jefferson (who preached equality but kept his slaves and slept with at least one of them), and Franklin (who was a womanizer and a terrible father) as ideals. In more recent times, we balance our distaste for immorality and unfairness with our love of success. Bill Clinton cheated on his wife, but he presided over a great period of economic prosperity. Lance Armstrong cheated in the Tour de France, but, some rationalize, he had to in order to defeat all the others who were doping. Barry Bonds and Mark McGwire broke some of baseball's most sacred records while using steroids—but as a Tweet quoted in SI last week argued, they were a part of the most exciting period of baseball's history, and, that writer argued, they should be in the Hall of Fame.

Spirit of the Celtic Gods and Goddesses: A New Edition for an "Old Friend"
Carl McColman
2 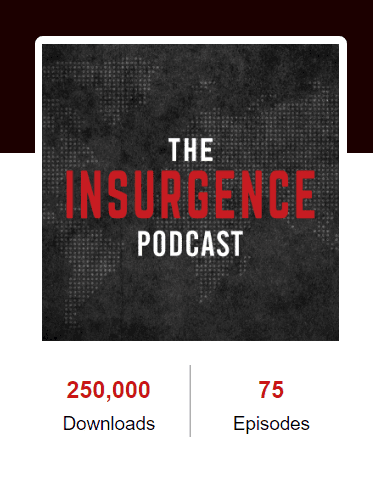 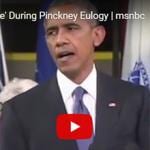 Amazing grace is a human trait, a natural part of our DNA.
Rick Snedeker
Get Patheos Newsletters
Get the latest from Patheos by signing up for our newsletters. Try our 3 most popular, or select from our huge collection of unique and thought-provoking newsletters.
From time to time you will also receive Special Offers from our partners that help us make this content free for you. You can opt out of these offers at any time.
see our full list of newsletters
Editor's picks See all columnists