I'm back in the UK for a few weeks to write and teach at Gladstone's Library and do some interviews with BBC Radio and BBC Scotland, and the biggest thing going on this month is the Royal Jubilee, a celebration of the 60-year reign of Queen Elizabeth the Second.

Maybe you're one of the millions who love the institution of the monarchy for whom CNN has been doing massive coverage. Or maybe you're like those represented by "Senior British Correspondent" John Oliver on The Daily Show, who imagine this is the last gasp of a once-great Empire, now holding on to its past only through ancient rituals and massive entertainment.

As usual, I can see a bit of both, but today I want to argue that Queen Elizabeth, she of the Jubilee, she of pomp and wealth, is nonetheless a fantastic Christian role model.

After all, who better understands what the Church in the West is going through now, could better teach our fading empire—trying to hold onto its own relevance through ritual or entertainment—what to do in the face of the fading?

Just as once the sun never set on the British Empire, so once the world seemed to be Christianity's for the taking. We were allied with the greatest earthly powers who carried us into the most-remote corners of the world and linked us forever in the triad "God, guns, and glory" that drove imperial expansion.

We were a part of the fabric of every life. The Church christened and buried, and in between, it was taken for granted that people would have a religious life, would bring up children in a religious life.

Now many millions more Africans are members of the Anglican Church than Brits in the Church of England, and African bishops argue that perhaps they need to send missionaries to the West. And in America, where some of us are so smug about the post-Christian state of England and Europe, our children and grandchildren are leaving the Church, perhaps never to return; each Christian denomination faces decline and difficulty; and we are but a generation or two from looking like the Church of England unless something changes.

But Queen Elizabeth teaches us something about what it means to serve, to live for others, and to live in service to an institution that serves others; this can only be helpful to us in our shared process of change.

You've seen the bumper stickers—or tattoos—reading "Semper Fi," the burly or once-burly but still proud Marine nearby. Semper fidelis -- always faithful—is the guiding ethic behind every Marine, as the Corps itself states:

It guides Marines to remain faithful to the mission at hand, to each other, to the Corps and to country, no matter what. Becoming a Marine is a transformation that cannot be undone, and Semper Fidelis is a permanent reminder of that. Once made, a Marine will forever live by the ethics and values of the Corps.

And as much cognitive dissonance as it may bring to bounce back from the Marine Corps to the palace, semper fidelis is the guiding principle behind the reign of Elizabeth, as well.

If you've seen The King's Speech, in which the young Princess Elizabeth is actually depicted, you may have asked yourself as I did, why would anyone want to be king or queen? To live each day not for yourself but for those you serve?

What would it be like to be born into an institution and know you were going to forever live by the ethics and values of that life—or, as exemplified by the short-lived reign of King Edward VIII (Guy Pearce), get out and leave it all behind for the woman you love and a lack of such responsibility?

Queen Elizabeth models for us a life that each of us can emulate. Unlike Mother Teresa, also devoted to a life of service, the queen certainly has known her share of creature comforts.

But the queen too has lived for the good of others, putting aside her own ego to do the work of connecting with people, of letting them remember—or hope—that they are part of something larger than themselves. 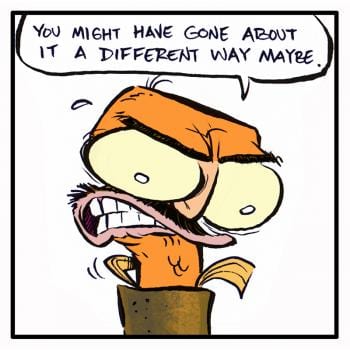 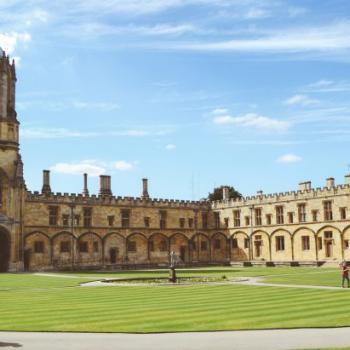 Pilgrimage to a Small Island
Avellina Balestri
Get Patheos Newsletters
Get the latest from Patheos by signing up for our newsletters. Try our 3 most popular, or select from our huge collection of unique and thought-provoking newsletters.
From time to time you will also receive Special Offers from our partners that help us make this content free for you. You can opt out of these offers at any time.
see our full list of newsletters
Editor's picks See all columnists