"Jesus thown everything off balance."

As some of you will recognize, those are the words of the Misfit, the murderous creation of the Southern Catholic writer Flannery O'Connor. At the end of her story "A Good Man Is Hard to Find," O'Connor has the Misfit explain why he does what he does, and as is often the case in O'Connor's fiction, it centers around Christian practice and belief. The Misfit says, "If [Jesus] did what He said, then it's nothing for you to do but thow away everything and follow Him, and if He didn't, then it's nothing for you to do but enjoy the few minutes you got left the best way you can."

In other words, the Misfit recognizes that the Resurrection represents the crucial problem of human life — either it's true or it isn't, and your belief about it will change everything.

Only for most of us, it hasn't. In two primary ways of being Christian in America, we find Resurrection — that unsettling and hard to believe thing — decentered. While you will find the Resurrection in some evangelical songs ("Because He Lives," et. al.), the crux of evangelical belief is the Cross: Jesus died for my sins.

And while you will find some progressive pastors and theologians arguing that the Resurrection represents God's ultimate "no" to all the forces of darkness — violence, imperial power, death — progressive day-to-day belief and practice is often centered on the life of Jesus. Since Jesus taught, healed, and fed, that is what we should be doing.

So what do we do with the Resurrection?

The lectionary Gospel reading for the second Sunday of Easter is that section of John we have come to identify with the character we usually call Doubting Thomas. We've been awfully hard on him over the years, which I think is unfortunate because it allows us to look down on him, to distance ourselves from his situation, to think of ourselves as somehow different or even better than he is, which we most certainly are not.

The Gospel of John encourages us to see Thomas as a figure in contrast to the Beloved Disciple and Peter, who see and believe in the Risen Christ on much less evidence than Thomas is initially offered. But it also offers Thomas as the character who makes the climactic confession of faith in the gospel: "My Lord and My God!" — the highest Christological statement in any of the gospels, in fact, and John's clear bookend to the majestic Prologue: "In the beginning was the Word, and the Word was with God, and the Word was God."

The tradition gives us two ways of looking at Thomas. Matthew Henry's 18th Century commentary summarizes one: that Thomas's lack of belief is "not only a sin, but a scandal," and that Thomas is a fool not to believe in the testimony of others. In opposition to this, we find the Classical interpretation of this episode made by Augustine and Aquinas: that seeing Jesus the man and yet believing him to be God, as Thomas confesses, is in itself, an act of tremendous faith. Augustine said of Thomas, "He saw and touched the man, and acknowledged the God whom he neither saw nor touched."

These diametrically-opposed interpretations leave us in the either/or realm of typical discourse: "Did he believe or didn't he?" But I want to step away from the question of whether Thomas was a faithless cad or a saint-in-training, and instead to read him as many biblical scholars suggest we should, as a symbolic and altogether typical human being. Like the Misfit, most of us are Thomases. It's so much easier not to really believe that Jesus is the risen lord, the Son of God. I like to imagine that there was a part of Thomas that thought, "No, it's easier if Jesus is dead. It's sad, sure. But if he's alive — if he really has come back to life — then that's going to change my life in ways I can't even begin to imagine."

But at this moment in the church calendar, we too are forced to wrestle with the Resurrection, and Thomas's story makes us ask the hard question: Do we really believe in the risen Christ?

Does it throw us off balance?

I know a little something about being off-balance. I grew up in a conservative Evangelical Christian home where God was assumed to be capable of intervening in reality whenever someone with sufficient faith asked Him to. Miracles abounded even now. After leaving the Church for decades, I returned to a faith that was skeptical of supernatural spirituality, a belief that found it hard to believe in miracles, and thus harder still to get my head around the Resurrection.

But a few summers ago, I was working as a hospital chaplain at Brackenridge, the regional trauma center near downtown Austin. Most victims of drowning, overdose, car wrecks, and other mishaps are taken to Brackenridge, and during my summer there, I walked alongside people and their families as they suffered great losses.

'Hallelujah' Until the End; Chadwick Boseman's Brother Speaks of His Strong...
DeWayne Hamby
4 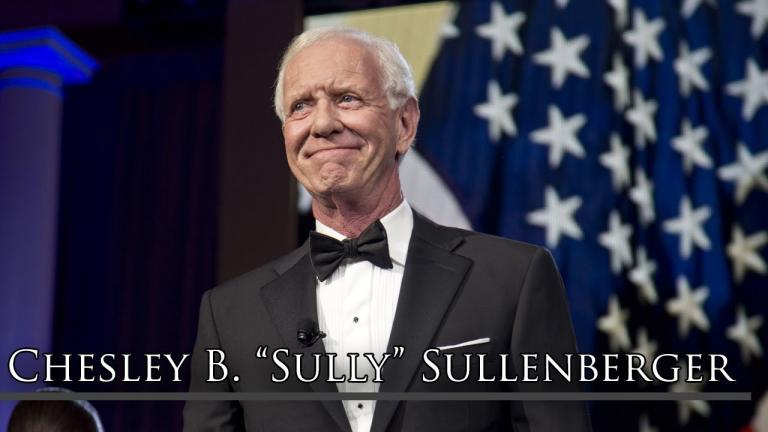 Sully Sullies President Trump's Reputation
Kermit Zarley
Get Patheos Newsletters
Get the latest from Patheos by signing up for our newsletters. Try our 3 most popular, or select from our huge collection of unique and thought-provoking newsletters.
From time to time you will also receive Special Offers from our partners that help us make this content free for you. You can opt out of these offers at any time.
see our full list of newsletters
Editor's picks See all columnists