As many of my readers know, when I came back to the Church after many years on its fringes, it was, to the surprise of myself and my family, as an Episcopalian. I didn't know anything at all about the tradition, and didn't choose it consciously. I just happened to be rescued by a group of Christ-followers who happened to be Episcopalian, and there I stuck.

It was a lucky rescue—if any such rescues can be called simple luck—because I discovered many things about the Anglican and Episcopal tradition that permitted me for the first time to live an authentically Christian life. I found it to be a tradition that valued the intellect and the creative spark, to care about the beauty of worship and the life of those outside the sanctuary. In the process of exploring my vocation, attending an Episcopal seminary, and being considered for the Episcopal priesthood, I met Andrew Doyle, who had served as a priest, was Canon to the Ordinary (the special assistant to the bishop of an Episcopal diocese), and then, a couple of years ago, became one of the youngest bishops in the Episcopal Church when the priests and people of the Diocese of Texas elected him the Ninth Bishop of Texas.

Although he is now my bishop (which is a little intimidating), Andy has remained a friend I talk to about our shared passions: writing, art, family, and the Church. When in September the bishop published an accessible and engaging guide to Christian faith through an Episcopal lens, Unabashedly Episcopalian, I recommended it to others, and asked Andy if we could talk about the gifts of the Episcopal Church. The book is already into its second printing, and is the subject of the conversation that follows. You can learn more about Bishop Doyle by following him on Twitter at @texasbishop, or by checking out his weekly podcast and Bible study blog at http://texasbishop.blogspot.com/.

You tell a personal story about being the Episcopal campus minister to Texas A&M University in 1999 at the time of the bonfire tragedy there. That came at a time of great challenge for you, and represented another great challenge. What did you learn from that experience, and how did it shift who you were spiritually?

I learned the importance of friends, family, and a support system. I quickly got into intentional spiritual direction, I got into a directed clergy group, and I began a journey toward developing a rule of life. I found that I needed to be in community. I know it sounds funny coming from a person who works in a church, but working in a church can be one of the loneliest places to do ministry. I hadn't realized how isolated I had become. It reminds me of the story of Jacob, who wrestles with God in the wilderness and in the end is named "Israel" and becomes community (Genesis 32 and then in 35). In these moments of wrestling with God, one may also discover that God's love and care are already surrounding you in others. In some ways I think that time helped me experience and believe some of the things I knew intellectually and theologically. It is one thing to say we believe in the resurrection. It is quite another to experience it.

Thank you for those kind words. Our intentionality. I think we work hard to do our best to be a good church. I only wish more people in our churches would see that in one another. I think we wrestle with what it means to be faithful. We are tied to tradition but we want our tradition to live. We love God and we love people. We as Episcopalians are always at our weakest when we only love God or only love people. We are at our best when we choose to live together, struggle with our competing ideas, and choose to work together to make the world better tomorrow than it is today.

I grew up with a father who was an "old school high churchman." What I mean by that is my father loved the beauty and richness of the liturgy with all of its art, poetry, and music. He saw liturgy as an almost baroque combination of art for the senses (at least that is how I describe his fascination). But my father believed this beauty was ultimately so that the people could be drawn in toward God, and that this beauty was most of all for the poor, the day laborer, the paycheck-to-paycheck family; for them, this beauty was transformational. So my father was a high churchman, but he believed the liturgy was the place from which the work with the poor and those in need emanated. In some way, I think the Episcopal Church hums when it is doing this very thing. It is doing liturgy well, it is worshiping and loving God, it is telling others about the story of God, and it is making a difference in the community in which it is planted 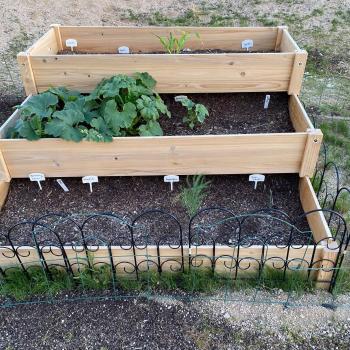 We Are Using Science to Farm in the High Desert
David G. McAfee
2

Culture Wars as a Cynical Strategy in the Face of a Lack of Economic and...
Jonathan MS Pearce
Get Patheos Newsletters
Get the latest from Patheos by signing up for our newsletters. Try our 3 most popular, or select from our huge collection of unique and thought-provoking newsletters.
From time to time you will also receive Special Offers from our partners that help us make this content free for you. You can opt out of these offers at any time.
see our full list of newsletters
Editor's picks See all columnists