The thoughts of many today are turning to "end-times" prophecy. World events suggest there are major upheavals to come, and America's fate seems to hang in the balance, as if a great spiritual war is going on within and among us. I attended a lecture by a well-known political columnist last Monday, and was interested, if not surprised, that she spoke openly of praying for America and Israel. Her talk conveyed a sense that the current days are fearful and uncertain, and was delivered with a quiet, almost shell-shocked intensity I haven't seen in my lifetime.

Even in crowds gathered for secular purposes, allusions to the God of the Bible are beginning to pop out more often. People are mulling over half-remembered passages and stories. They are giving new attention to verses of scripture that had little meaning for them before. There is an emerging sense that a kind of moral battle is shaping up, and that none of us will be excused from it.

I don't pretend to know the particulars of what we "should" all think or feel about this. Some people believe we are very close to the Rapture and the Second Coming. Others aren't so sure, and I admit to being in the latter category. (I certainly believe in being prepared—and joyful—if the former is the better estimate.) But what all this has made me think about is eternity and our place in it: the unchanging things of God's creation, the Last Judgment, and the seemingly invincible things—heaven and earth—that will change. (Factors reinforcing this line of thought for me in 2012 have included a death and major illnesses among my loved ones.)

What must the long march of time look like from God's perspective? Will we ultimately "see" it as He does, as if set on a mountaintop with all of time, from the origin of our universe to the end of heaven and earth, laid out before us?

It's interesting to me that a perspective of this kind seems more tangible now—perhaps more meaningful to our limited vision—than it did during the tremendous conflict of the Cold War, which at the time was interpreted on a regular basis through the lens of biblical prophecy. Perhaps this is partly because, during the Cold War, we could conceive so easily of a terrible pitched battle between the Soviet Union and the free world. Our imaginations had a ready template for focusing on the strife and horrors prophesied for the end times. We may have been less likely back then to focus on what lay beyond the great and bloody strife: the victorious return of Jesus Christ, his thousand-year reign on earth, the loosing and final binding of Satan (Revelation 19-20 summarizes these events).

It doesn't help our imagination that we know very little about what the Last Judgment will be like. It will have to be a most remarkable, almost unimaginable event. Here is the brief description of the event and its setting in Revelation 20:10-15:

Will we be confronted with our sins at the Last Judgment? I don't think we know for sure. Psalm 103:12 says, "As far as the east is from the west, so far has He [God] removed our transgressions from us." Isaiah 43:25 and Jeremiah 31:31 are clear that "He remembers our sins no more." Jesus, with his sacrifice and resurrection, has washed them away and removed the penalty of death.

But apparently there's a record of those sins, and they're going to come up. As Christians, we believe our names are written in the "book of life," and that fact—and not a sinless record—is what will get us through the great judgment.

Is the Last Judgment the "Day" when people will be rewarded for their works in Christ? Bible scholars have thought so. Paul writes of the Day in 1 Corinthians 3:11-15:

For no one can lay any foundation other than the one already laid, which is Jesus Christ. If anyone builds on this foundation using gold, silver, costly stones, wood, hay or straw,their work will be shown for what it is, because the Day will bring it to light. It will be revealed with fire, and the fire will test the quality of each person's work. If what has been built survives, the builder will receive a reward. If it is burned up, the builder will suffer loss but yet will be saved—even though only as one escaping through the flames. 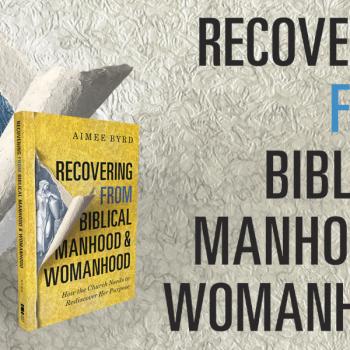 What I Wish Aimee Byrd’s “Recovering from Biblical Manhood and Womanhood” Had...
John Ehrett
3 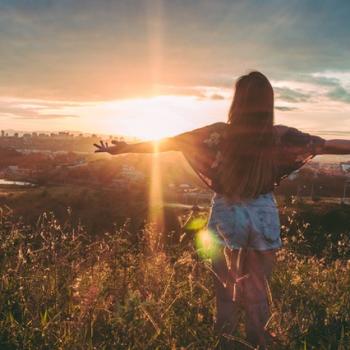 How The Resurrection Proves Everyone Is Forgiven
Keith Giles
4 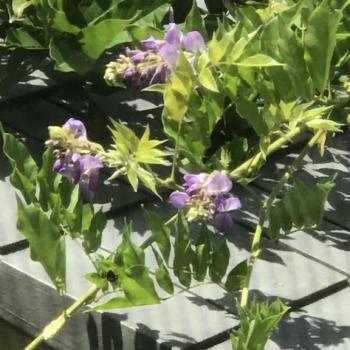 Herbal Magick: The Divine Beauty of Wisteria
Lilith Dorsey
Get Patheos Newsletters
Get the latest from Patheos by signing up for our newsletters. Try our 3 most popular, or select from our huge collection of unique and thought-provoking newsletters.
From time to time you will also receive Special Offers from our partners that help us make this content free for you. You can opt out of these offers at any time.
see our full list of newsletters
Editor's picks See all columnists