In a fascinating essay at Patheos, Dean Curry describes Malcolm Magee's argument in What the World Should Be that President Woodrow Wilson's foreign policy was decisively shaped by his Presbyterian Reformed theology.

It is well known that Woodrow Wilson was a foreign policy idealist and that his approach to it was moralistic. After all, it was Wilson who famously promised that America's participation in World War I would not be about selfish national interest—or realpolitik -- but about the altruism of making the world "safe for democracy." What is not well known about Wilson, and what Magee explains in fascinating detail, is how Wilson's personal and political worldview was profoundly shaped by Reformed Protestant theology. Challenging the prevailing historiography of Wilson that has all but ignored Wilson's theology, it is Magee's thesis that Wilson was a "Presbyterian in politics, a twentieth century John Knox, a Christian statesman whose overriding motivation was his determination to do God's work in a fallen world."

Curry goes on to describe Wilson's relationship with his father, a very prominent Southern Presbyterian pastor, and the influence on Wilson's thinking of Princeton theologians like Charles Hodge, A. A. Hodge, and Benjamin B. Warfield. Curry also outlines Wilson's friendship with J. Gresham Machen, as well as similarities between Wilson's understanding of the relation between Reformed faith and politics, and that of Abraham Kuyper.

Curry's essay is excellent and it is well worth your while to read the whole thing. The evidence that President Wilson was a devout Calvinist Presbyterian (though not always an entirely orthodox one, by his own admission) is decisive and indisputable.

That said, I want to make a few clarifying points about Wilson's relation to Machen and Kuyper, as well as about Curry's discussion of Calvin's influence on Wilson. First, Magee does not describe any relationship between Wilson and Machen in his book. In fact, he does not mention Machen at all. And as anyone familiar with Darryl Hart's excellent work on Machen is aware, Machen's view of the connection between Christianity and politics was profoundly different from that of Wilson. Machen, says Hart, sought to distinguish the gospel from theories of social or political transformation. It is also worth noting that, in his biography of Machen, Hart gives no indication that the relationship between the two was anything more than one of general acquaintance.

Second, while Magee does point out similarities between Wilson and Kuyper, as well as Wilson's probable presence at Kuyper's famous Stone Lectures at Princeton in 1898, Magee acknowledges that there is no evidence that Wilson was directly influenced by Kuyper at all. He does not seem to have invoked Kuyper or his ideas in his writings and speeches. The similarity between the two owes more to the fact that, in their respective academic contexts, they breathed the same philosophical and theological air, which included Calvinism, progressivism, transformationalism, and Hegelian philosophy.

Wilson, however, saw the political developments of his time as advancing world redemption in a way that Kuyper did not. The Federal Council of Churches echoed this in 1912 by stating that Wilson's presidential campaign had communicated that "our social order must be fashioned after the Kingdom of God as taught by Jesus Christ." Such an intense connection between the gospel and politics was far more stark and problematic than Kuyper's own rhetoric suggested. Kuyper tended to speak of politics as informed by a Christian worldview, but nevertheless as a function of God's creation ordinances and common grace, distinct from Christ's kingdom.

To be sure, Wilson self-consciously sought to follow a Calvinist political theology of transformation. As Curry puts it: 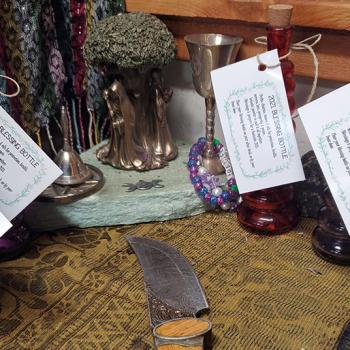 Blessing Bottles for 2021: How to Make and Use Them
Katrina Rasbold
2

Search and Rescue: John Edgar Wideman's "Writing to Save a Life"
Eve Tushnet
3

Why I Use Accordance Every Day: Part 2 (Consulting Greek Lexicons)
Nijay Gupta
4

Attacking the Houseless
C. Don Jones
Get Patheos Newsletters
Get the latest from Patheos by signing up for our newsletters. Try our 3 most popular, or select from our huge collection of unique and thought-provoking newsletters.
From time to time you will also receive Special Offers from our partners that help us make this content free for you. You can opt out of these offers at any time.
see our full list of newsletters
Editor's picks See all columnists