A New Old Model for Church 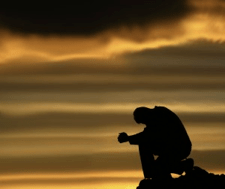 For theologians and philosophers, questions of infallibility and authority remain under serious debate.  For many everyday Christians, however, the debate is a different one, I fear.  The people in the pews are no longer asking whether their church might be infallible; they're wondering how many more falls their fallible church can take before it finally fails one day to rise.

Of course, the public and tragic failings of the Roman Catholic Church with regard to the handling of child abuse among its clergy are the most obvious examples of failed church leadership in recent history.  But the problem reaches far beyond the borders of Rome; indeed, no western Christian tradition has avoided such failures, even if some have avoided the bad press.  I'm an Episcopal priest, and in my life I've been associated with four mainline Protestant congregations.  Two of them dismissed pastors because of scandal (one sexual, the other financial), and the third discovered evidence of improprieties once its rector had moved on to greener pastures.

More alarmingly, as part of my seminary training I spent three months working as a chaplain in a hospital.  There were four of us in my group, and the hospital where I worked hosted three or four such groups per year. During reflection one day, one of the seminarians among us revealed that she had been abused by a pastor as a young person.  We were all saddened and angered and horrified, but our supervisor remained unsurprised.  In twenty years, my supervisor said, no group of students had failed to present at least one person who had been sexually abused by a cleric.   This pervasive, almost banal, truth of our church's persistent failures horrified us even more.

And lest anyone think the mainline churches define the boundary of failure, Evangelicals aren't off the hook, either.  Jimmy Swaggart and Jim Bakker and Ted Haggard are household names to all Americans.  Unfortunately, they've made their names spreading scandal rather than God's good news.  In some ways, asking about the infallibility of our leadership is almost a ridiculous question.  Our leadership is manifestly fallen; the question is what to do about it.

The Episcopal Diocese of Northern Michigan has been dealing with problems of leadership of a very different sort for many years.  In the Upper Peninsula of Michigan, extremely rural conditions have meant that most parishes cannot attract seminary-trained clergy to take up their calls.  The result is that, in the Episcopal Church nationally, we have unemployed priests in Boston and empty pulpits in Sault St. Marie.

But taking the Bible as their inspiration, Episcopalian Yoopers (an affectionate name for people from Michigan's Upper Peninsula) have developed a remarkably innovative and absolutely scriptural model for redefining leadership.  Recalling Paul's rhetorical questions to Corinth, "Are all apostles? Are all prophets? Are all teachers? Do all work miracles? Do all possess gifts of healing? Do all speak in tongues? Do all interpret?" Yoopers have created a mutual ministry plan where leadership in ministry is shared among lay, and sometimes ordained, persons.   In the difficulty of their situation, Yoopers have realized the meaning of Paul's teaching.  Of course, the gifts of ministry are never consolidated in a single person.  Anyone who's been to church for more than a few years knows that the great preacher isn't always a good administrator; the comforting pastor may only be a passable teacher.

These rural Christians have come to understand, in their predicament and with Paul, that the professionalization of the clergy is actually an occasional obstacle to ministry.  (And since they can't attract any professional clergy anyway, this is a convenient conclusion to reach.) As a result, lay persons with talents for preaching or teaching or pastoring are being offered leadership, training, and sometimes special ordination in the Upper Peninsula, and are continuing the work of Christ in the church together.

I realize I may be arguing myself out of a job here, but the professionalization of the clergy has created more problems than just the empty pulpits of Sault St. Marie.  It has also led to all sorts of the unconscionable sin described above.  Clerics are not and cannot be all things to all people.  And when clerics start to believe they are or can be, they fall inevitably into terrible sin.  But what if church looked different?  What if ministry were truly mutual?  What if the doors to church were always open but no one worked there full-time?  The best teacher in town could be trained and commissioned to teach in church too; the best talker at coffee hour could ascend the pulpit on Sundays.  The greatest adventurer could organize missions; the straight-laced accountant could keep the books.  Or better yet, they could train and call others to do so too.  And every gift would be a true gift of ministry, a spiritual work of sacrament, a sign of the priesthood of all believers.  Perhaps at some national or regional level, full-time overseers would remain necessary and helpful (the Greek word bishop, in fact, means overseer).  But I'd wager that any of you reading this who belong to a church now could already name the best teacher, the best comforter, the best missioner, the best singer, the best bookkeeper, the best whatever in your community.  And your pastor's name would probably only come up once or twice in that list.