Barack Obama is a Dangerous Man 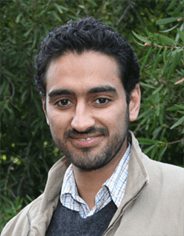 The attacks on Barack Obama began even before he became President. Remember Ayman al-Zawahiri's ham-fisted invocation of Malcolm X when he dubbed Obama a "house slave"?

That was two weeks after Obama's election, some two months before his inauguration. There was something desperate in this: a frenzied desire to reassert the axiomatic evil of the United States. So there was little surprise in the preemptive rhetorical strikes of Osama bin Laden and Iran's supreme leader Ayatollah Khamanei on the eve of Obama's speech in Cairo yesterday.

There inference to draw is obvious: Barack Obama is a dangerous man if your political trade proceeds almost entirely from anti-American assumptions. In this speech, we found out precisely why.

Obama's diplomatic gift is the ability and preparedness to acknowledge and articulate the grievances of his audience even if they are self-incriminating. Many will focus on his discussion of the Israel-Palestine conflict, but consider the list with which he opened: colonialism, the exploitation of Muslim-majority states as proxies during the Cold War; the destabilizing forces of globalization. This is not the typical discourse of Western politicians. The Cold War, for instance, is more frequently cited as an unimpeachable success - indeed commentators and analysts often drew on it in devising strategies for the War on Terror.

Here was the world's most powerful man striking a deliberately modest note: the Iraq war was a mistake; America failed to live up to its ideals by resorting to torture; America was guilty of helping to overthrow a democratically-elected government in Iran. Then came the reassurances: America has no desire to remain in Afghanistan or Iraq, does not want to curb either's sovereignty and does not seek to maintain military bases there. Such assurances may well have rung hollow had they not come from a man who had just admitted his own nation's faults. This is why Bush's diplomacy seemed ridiculous where Obama's resonates. Those who accuse Obama of being a more palatable version of Bush ignore what a radical shift this is and are surely overreaching for rhetorical effect.

Obama's approach is brave in domestic terms. Already Fox News accuses him of having betrayed his nation. Thus is he positioned precisely where a leader should be: somewhere that unites Fox and Osama bin Laden in anger. And this, it seems, is Obama's calling. His instincts enrage such absolutists because they undermine the stereotypes on which their ideological edifices are constructed. America suddenly appears not nearly as demonic as bin Laden would have it, or as arrogant and militant as Fox would like.

Obama has grasped the key lesson of U.S.-Muslim relations: that although they would never perceive it, Fox and bin Laden (or more accurately, the demographics they symbolize) are actually on the same team. Crudely put, there are two sides here in Obama's vision: those who seek to unite, and those who seek to divide. Obama's outreach is slowly revealing who is on which side. Pay attention to who is almost reactionary in their criticism of Obama's approach. My prediction is that they will principally be ideologues or single cause advocates who will accept nothing less than full agreement with their position. Obama is inviting something more constructive than this.

But even with a unifier in the White House, there is no guarantee of success. To borrow Obama's phrasing, it is harder to build than to destroy: the road will be long and the climb will be steep. It is naturally heart-warming for Muslims to hear the American President quote from the Quran, rehearse Islam's contributions to civilization, and recall conciliatory quotes about Islam from America's earliest presidents, but American-Muslim relations are not so easily repaired. They have not been strained merely by trampled sensitivities. They are characterized by contradictions that await resolution. And here Obama has his colossal challenge.

This was most vividly illustrated by Obama's brief discussion of democracy. His pledge to welcome free elections, even where the outcomes are inconvenient for America, seems a veiled repudiation of Bush's response to Hamas' electoral success. But as he stood there declaring that America would support human rights and democracy everywhere, the Egyptian flag was hanging behind his left shoulder screaming "contradiction". This most undemocratic of countries with its appalling human rights record remains a major American ally. It remains the second largest recipient of American aid. And its wildly unpopular regime remains in power only through such American largesse.