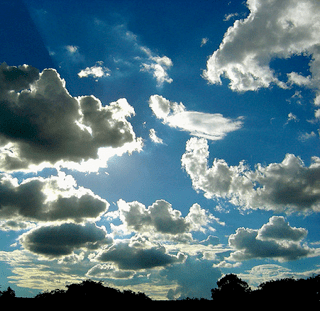 In the "Shema" prayer, twice a day, a Jew proclaims: "Hear O Israel, the L-rd is our G-d, the L-rd is One" (Deuteronomy 6:4). It is the prayer that is also said on a person's deathbed if at all possible.

(The hyphens are to avoid writing the name of the Creator -- writing His name without proper need or in a manner that may become profaned is a part of the prohibition against taking His name in vain, as recorded in the Ten Commandments).

So the question is -- what is the L-rd, what is our G-d, and what does it mean that he is One?

There are many ways of answering these questions, and of course no way to answer them in full, but I shall bring below some ideas that outline the general the Jewish perspective on the Creator of all things.

Much of the following is based on the teachings of Rabbi Chaim Luzzatto, a great Jewish thinker of 18th-century Italy and later Amsterdam, heavily influenced by Kabbalistic ideas. Most things in Judaism are debated throughout the centuries, and several -- often contradictory -- views emerge on many topics. The following is an effort to take a systemized view of this most basic of all questions and introduce the concepts at its heart.

First, one must accept that we cannot comprehend the truth of G-d's nature. There is nothing with which to compare Him, nothing, which is parallel or within our realm of experience. Nothing that we say (here or anywhere else) will ever truly describe Him.

Because this is the case, although we use words to describe Him or his attributes, we must always keep in mind that we are not truly speaking to the heart of the matter. We must remember that any metaphor that we bring whether of our own device or a metaphor given through prophecy, written in the holy writings, or passed down by our sages is only that -- a metaphor: an attempt to describe the indescribable, to capture the elusive, to help us better understand but leave us not understanding in truth.

Primarily, G-d is the Creator of all things. He existed before anything else, and will exist after all else has disappeared. He is outside of time and unaffected by time or matter. He is unchanging.

When we say that G-d is One, we are implying in great brevity that G-d is entirely perfect, with no lack or imperfection of any kind. This means that He is simple in the most basic sense. He is not made up of multiple elements or facets, has no boundaries, no laws that bind Him. As stated in Hasidic lore "G-d is everything, and G-d created everything." In parallel, you might like to think in terms of mathematics: the zero point, or the infinite.

However, to think of G-d only as a never-ending presence that exists in parallel to us with no connection to us because of His difference and distance would be wrong. The Jewish tradition teaches of reward and punishment, of prophecy, of providence, and of redemption -- all concepts that presuppose and confirm interaction between G-d and mankind.

The precise workings of how such a perfect, indivisible, unchanging being can interact with our imperfect, time-bound world on a level of personal, national, and species-wide providence is much discussed in Judaism, and is beyond the scope of this article to address. Suffice to say that this is one of the many great dualities that have been addressed down the ages.

There are the names of G-d. These are also glimpses of what He is. Used in prayer and ceremony, they each reflect a different facet of G-d. The name of G-d in Hebrew is a word not pronounced outside of the Temple, and so, since the Temple was destroyed in 70 C.E., a word not spoken at all today. Because of this it is pronounced differently from the way that it is spelled. This word has the connotation of the Master of all things past, present, and future.

The word G-d denotes a being that is all-powerful. Although "G-d is One" as mentioned above, his name is used in plural, due to the ancient Hebrew usage employed for all that are highly revered and respected -- such as judges of the people or mighty leaders. Hence the word G-d, often used in conjunction with a reference such as "G-d of Israel," "G-d of the legions," "G-d of Abraham," etc., denotes the divine being that is omnipotent, yet which has a relationship to mortal man.

There are many other names for G-d. Tradition has that there are seventy names in all. On different occasions, different names are used. In blessings we use the phrase "King of the Universe," in prayer "King of Kings," and many more.

In the end, it is critical to note that Judaism, while producing its fair share of philosophers, is not about detached observation and analytical drawing of conclusions. The nature of G-d has to have real meaning in our day-to day-lives, otherwise the entire question and concept is moot, and need not be discussed. In the words of Maimonides (the Rambam), a great medieval Spanish Jewish thinker, man's greatest task on this Earth is to know G-d. When we wake up in the morning, we are challenged by our prayer books to "Know before Who you stand." How to do this is a life's work -- both an intellectual pursuit and a moral and behavioral challenge to live life the best way possible and in doing so to come to know G-d better.