Caring for Creation: A Study Guide 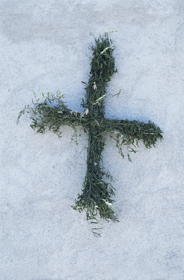 In a groundbreaking article published in 1967, Lynn White suggested that Christianity was, in large part, to blame for the current ecological crisis. Western Christianity had interpreted the text in Genesis 1:26, where God gives humans "dominion" over all living things, to mean the right to dominate the natural world and use it for humanity's purposes. In turn, many Christian theologians sought to defend Christianity against this charge, in part by offering a different interpretation of that text and others as a command for humans to care for God's creation. The following are some of the biblical texts that are used by the Christian environmental movement to call Christians to care for the earth and all of God's creatures. You might choose one or two for individual or group study and prayer. Additional reflection questions are provided at the end of this article for further discussion.

Genesis 1:26. Then God said, "Let us make humankind in our image, according to our likeness; and let them have dominion over the fish of the sea, and over the birds of the air, and over the cattle, and over all the wild animals of the earth, and over every creeping thing that creeps upon the earth."*

Some Christians believe that humanity is the pinnacle of creation, and humankind is granted dominion to use the earth and all it contains for human purposes. Often linked with this belief is the faith that God will not allow the earth to be destroyed by humanity, and God's purposes include the rejuvenation of the earth even as humanity continues to use it without restraint.

Other Christians claim that the true meaning of dominion is not domination and use, but care and cultivation. And because all of creation is made by God, we are called, as creatures who are able to co-create with God, to do all we can to care for and preserve the goodness inherent in all species.

Genesis 1:29. God said, "See, I have given you every plant yielding seed that is upon the face of all the earth, and every tree with seed in its fruit; you shall have them for food."

Christian vegetarians and vegans argue that God granted humans permission to eat plants, but not animals. Thus dominion over the fish and birds and animals does not mean that we can eat them.

Genesis 1:31. God saw everything that he had made, and indeed, it was very good.

In the process of creation, at each point after God has created living things-the plants, the creatures of the sea, the other living creatures, and humankind-God "saw that it was good." If every living creature is good, it should be valued as such-good in the eyes of the One who created them. They do not only have value insofar as they are of service to our needs and desires.

Genesis 2:15. The Lord God took the man and put him in the Garden of Eden to till it and keep it.

Although some environmentalists argue that the earth and everything in it has its own purposes and it should be left alone, in as natural a state as possible, this verse is used to argue that part of caring for the earth can involve its transformation. The term "stewardship" applies here; we should responsibly develop the earth in a way that respects nature but also transforms it to properly serve human need, including feeding ourselves.

Genesis 6:19 and 8:21. And of every living thing, of all flesh, you shall bring two of every kind into the ark, to keep them alive with you; they shall be male and female.
The Lord said in his heart, "I will never again curse the ground because of humankind,... nor will I ever again destroy every living creature as I have done."

In the story of Noah and the Flood, God calls Noah to preserve every living creature, and then promises never to destroy them again. If God makes this demand and promise, the daily extinction of species, brought about in part by human activity, goes against God's will for creation. God wants every species protected and allowed to flourish.

Genesis 9:17. God said to Noah, "This is the sign of the covenant that I have established between me and all flesh that is on the earth."

God's covenant after the Flood is not only with human beings, but with all creatures of the earth. All living creatures thus have to be respected as having their own covenant relationship with and as being valued by God in their own right.

Psalm 19:1. The heavens are telling the glory of God; and the firmament proclaims his handiwork.

Psalm 69:34. Let heaven and earth praise him, the seas and everything that moves in them.

Revelation 5:13. Then I heard every creature in heaven and on earth and under the earth and in the sea, and all that is in them, singing, "To the one seated on the throne and to the Lamb be blessing and honor and glory and might forever and ever."