How is the Library organized?

The Patheos Library has been constructed around a standard template arranging the material in such a way that the reader can compare and contrast information. Each religion has five major articles, each of which covers a key aspect of the faith tradition.

I.            Origins:   Where did this faith come from? This article explores the roots and beginnings of each faith. It includes subarticles on the tradition's earliest experiences, its founders and influences, its sacred texts, and on the historiography surrounding the development of the faith.

II.            Historical Development:  How did this faith develop? This article looks into the faith's development past the lives of its founder(s) and into its emergence as a world religion. It includes subarticles on early developments in the tradition, schisms and sects within the traditions, the faith's mission and penetration into the larger             global community, and its most contemporary expressions.

III.            Beliefs: What do adherents of this faith believe? This article considers the core teachings of the faith, including its sacred narratives, its beliefs about divine beings and human nature, its explanation of evil and suffering, and a consideration of its teachings on life after death.

IV.            Ritual, Worship, Devotion: How do believers practice their faith? This article spells out the traditions of the faith, including its structures of sacred time and space, its rites, ceremonies, and symbols, and the ways that individual worshippers incorporate worship into their daily lives.

V.            Ethics, Community, Morality: How is the community structured and who leads it? This article addresses the community's relationships, its authority structures, its principles of moral thought, its vision for society, and its ethics regarding gender and sexuality. 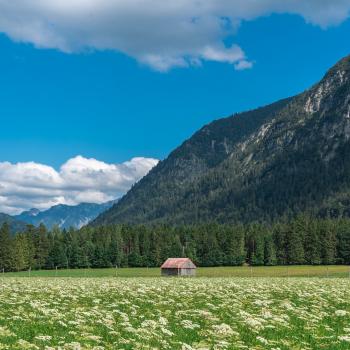 Part 4 — Your Husband Just Lost His Job: How to Respond
Shaunti Feldhahn
Get Patheos Newsletters
Get the latest from Patheos by signing up for our newsletters. Try our 3 most popular, or select from our huge collection of unique and thought-provoking newsletters.
From time to time you will also receive Special Offers from our partners that help us make this content free for you. You can opt out of these offers at any time.
see our full list of newsletters
Editor's picks See all columnists