Papal Visit and Why It Matters to Jews

From the beginning of Church involvement in the power politics of the world, in the fourth century, papal decisions have affected Jews. Whether this was Justinian's sixth century restrictions on Jewish practice, the papal Crusaders who devastated Jewish communities not only in the Holy Land, but also along the Rhine, the sixteenth century calls for censorship of Jewish books, or, on the other hand, the long list of medieval popes who issued decrees protecting Jews from local persecutions, the lives and livelihoods of Jews have been affected by papal attitudes to them. Even in modern times, when religious authorities carry little political clout, what popes say and do still matters.

In 1904, as Theodor Herzl travelled the world to gain support for the reconstitution of a Jewish homeland, he approached Pope Pius X. According to Herzl's diaries, the Pope responded, "We are unable to favor this movement. We cannot prevent the Jews from going to Jerusalem - but we could never sanction it. The ground of Jerusalem, if it were not always sacred, has been sanctified by the life of Jesus Christ...The Jews have not recognized our Lord, therefore, we cannot recognize the Jewish people!" Erasure of Jews from the world's political map had become a matter of official and unofficial church teachings. Christians indeed removed the pagan temple built by the Romans on the site of the Jerusalem Temple, the holiest spot in the world for Jews, but they then used it as a garbage dump. Their holy site occupied the next hilltop, at the site of Jesus' crucifixion and burial. Augustine taught that Jews should not be killed, but that they should wander the world as witness to the fate of those who reject Christ. Functionally, this remained official Catholic teaching about Jews until 1965.

In 1965, in reflection on the horrors of the Holocaust and the soil that allowed it to grow, the Catholic Church's Second Vatican Council approved a declaration, Nostra Aetate, that fundamentally revolutionized most of the Church's teachings about Jews and Judaism. Because of concerns voiced by Catholics in Arab lands, though, it avoided discussion of Jewish ties to the Land of Israel and the new State of Israel, born in 1948. Jews certainly noticed this omission. Similarly, less than a year before, Pope Paul VI became the first pope to visit the Holy Land, but his visit included only one day in Israel, to visit Nazareth, and otherwise focused exclusively on the Christian holy sites then under Jordanian control. He gave no official recognition to the presence of Jews. In essence, then, although the Catholic Church was ready to recognize the ongoing religious validity of Judaism, it was not ready to give this political and geographical location.

This all changed in the 1990's as the Israeli-Palestinian peace process was apparently moving forward. In 1993, the Vatican and Israel signed a Fundamental Agreement, beginning the process of establishing full diplomatic relations between these two states. And in March 2000, as part of his Jubilee Year observances, Pope John Paul II made pilgrimage to the Holy Land including the State of Israel, arriving and leaving from Ben Gurion Airport, meeting with Israeli governmental and religious leaders. Most symbolically, he acknowledged the holiness of the Temple Mount for Jews, praying at its Western Wall, leaving a prayer text in its cracks.

Pope Benedict XVI has the disadvantage of succeeding the charismatic Pope John Paul II. Benedict is an intellectual, more attuned to inner-Catholic theological issues, but with less experience outside the Catholic world. His trip, like his predecessors', is essentially a Catholic pilgrimage to Christian holy sites, but he must repeat and expand upon John Paul's symbolic gestures. Paul VI could ignore the political realities; John Paul II came at a moment when peace seemed imminent. Benedict faces the challenges of negotiating both Catholic-Muslim and Catholic-Jewish tensions (both resulting from his own statements), as well as Israeli-Palestinian issues. He seeks to make symbolic gestures and statements, reaching out hands of peace in all these directions. Each group will be zealously monitoring not only what he says to them, but also what he says to the others. At the time of this writing, it is too early to assess what these outcomes will be - but from the Jewish perspective, it is well to remember that even a reiteration of the gestures of Pope John Paul II is to reaffirm the acceptance of Jews and Judaism that was first iterated less than half a century ago, and the acceptance of the validity of Jewish life in a Jewish state in the ancestral Jewish homeland that officially has been voiced for less than two decades. In the larger scope of history, and in light of Israel's neighbors' denial of the second, these are hugely significant.

'For you were [redacted] in Egypt': Concordance-ism and the ESV (part 1)
Fred Clark
2 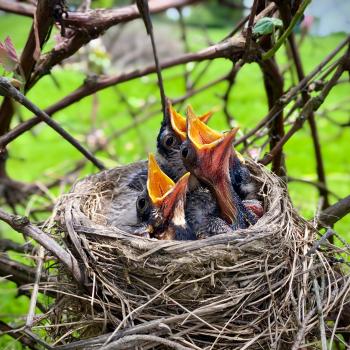 Being Where You Are
Karl Forehand
3

Racism: What is the problem? The Bible, injustice, and race#2; Justice#27.
Rob Dalrymple
Get Patheos Newsletters
Get the latest from Patheos by signing up for our newsletters. Try our 3 most popular, or select from our huge collection of unique and thought-provoking newsletters.
From time to time you will also receive Special Offers from our partners that help us make this content free for you. You can opt out of these offers at any time.
see our full list of newsletters
Editor's picks See all columnists