Theological Reflections of an Irish-Catholic Mormon 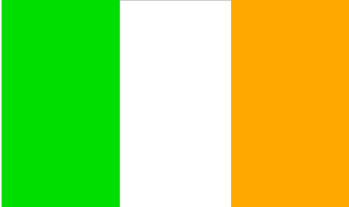 When I was fourteen years of age, being a semi-agnostic Irish Catholic, a Muslim friend challenged me about what I believed, and I soon realized that I did not have a clue about the Bible and Christianity. However, as I look back on those encounters, I now see the beginning of an odyssey of eight-plus years of researching and studying theology and related fields, including a M.Th. in biblical scholarship. More importantly, this became a journey that led me to embrace the truths found within the Church of Jesus Christ of Latter-day Saints, as I soon decided to find out what those "Mormons" actually believed in (I had previously believed that Latter-day Saints and Quakers were one and the same).

When I first encountered the LDS Church via books and the Internet, I found the belief that angels appeared to a 19th-century farmer far-fetched, but what grabbed my attention and made me want to learn more and want to take seriously Mormon claims was the Book of Mormon. Here was tangible evidence of the truthfulness of Joseph Smith's mission as a prophet of God, and one for which I soon received a powerful spiritual witness from the Holy Spirit that it was true, in accordance with the pericope popularly called "Moroni's Promise" (Moroni 10:3-5).

Indeed, Latter-day Saint doctrine, as with my former beliefs as a Roman Catholic, rejects the Reformation battle cry of sola scriptura (Latin, "scripture alone"), wherein the Bible is the ultimate rule of faith for the Christian. Rather, LDS accepts other authoritative scriptural texts: apart from the Book of Mormon, Latter-day Saints also accept the Doctrine and Covenants (predominately composed of revelations received by Joseph Smith that contain much of the "meat" of LDS theology) and the Pearl of Great Price (containing other writings and translations by Joseph Smith), as well as the Church's ability, when inspired by God, to interpret and receive revelation for the Church.

These scriptures in particular served for me as powerful, tangible witnesses that the heavens are not closed nor did revelation cease with the death of the last New Testament apostle. For those who come from a tradition that rejects modern revelation (which is most of the broad Christian spectrum), this is exciting, as one is living an apostolic age, paralleling that of the very age of Christ when he established his Church during his mortal life. Now, as then, there is the concept of an open canon within Latter-day Saint beliefs rather than a closed canon, and an emphasis on receiving personal revelation, as opposed to relying on the revelations of the past, to determine to know for oneself that God lives and that lost parts of the good news were restored through the Prophet Joseph Smith.

As a Latter-day Saint heavily involved in biblical scholarship and related fields, such a resolve has helped me remain faithful. One may naturally wonder why this is the case, as most people are not formally involved in such fields of research. Those who are, know that the historicity and authenticity of many of the events in the Bible, whether contained in the Old or New Testament, are heavily under fire from all quarters, from liberals to centrists (where I situate myself) to conservatives.

For instance, some allege that the infanticide as recorded in the Gospel of Matthew never happened; rather, the author only introduced such a story to parallel Jesus' life with that of Moses, as the New Law-Giver, by having him flee to Egypt. I have seen many people who studied theology and especially biblical scholarship have their faith crushed by the claims of scholars.

So why have I remained faithful? As a Latter-day Saint, as much as I respect the Bible and treasure it, for me, that is not the sole source for my accepting Jesus as the Christ or the existence of God or many, many other things. Indeed, Latter-day Saint history is one filled with divine interventions and heavenly visitations, such as the appearance of Jesus Christ and God the Father to Joseph Smith in 1820 or Jesus Christ again making a visit to Joseph Smith in 1836 in the Kirtland Temple, emphasizing His divinity and the reality of His atonement. For me, accepting these things to be historical facts allows me to be able to look at the evidence presented by biblical scholars and have a more mature, nuanced approach to the issues, while at the same time, being able to engage with such scholarship on a faith-based level.

My eight plus years of study and research into all things "Mormon" has lead to a world full of wonderful and enlightening discoveries, reflection, questions, and answers, and of course, that wonderful hope a believer has in the promise of Jesus Christ -- that through Him and in Him, one can be saved. While this is the ultimate positive element to be found within The Church of Jesus Christ of Latter-day Saints, being a member of the Church has allowed me to have a mature outlook on scholarship and my worldview, yet, at the same time, providing guidance and nourishment to me as I progress in my career as a Latter-day Saint biblical scholar.

Robert Boylan is a twenty-two-year-old member of The Church of Jesus Christ of Latter-day Saints and a recent graduate of the Pontifical University of Maynooth, having finished a M.Th. in biblical scholarship, having previously earned a B.A. Th. in theology and anthropology. He is a convert to the LDS faith from Roman Catholicism.