The Difficulty of Being a Modern Muslim Woman

Growing up Muslim and female in America was, and remains, a tumultuous process. While Islam generally is under tremendous scrutiny, there is probably no issue in greater contention than that of gender relations in Islam. With the media constantly spewing out images of oppressed Muslim women and angry Muslim men, the world looks on with both fascination and disgust. The Muslim gender dynamic - supposedly a singular, unchanging construct - has become a spectacle for everyone to gawk at, comment on, and ultimately use to ridicule the larger Muslim community.

But it is not just our neighbors who are gawking; Muslims often find themselves feeling awkward as well, especially as the news becomes stranger and more prevalent. Part of this is about Western Muslim women trying to make sense of supposedly religiously motivated gender oppression, but much of this is about reflecting on our individual spiritual cores - the place where we, in our quiet moments, wonder about our identity vis-à-vis the world, the part of us that cowers under the spotlight.

This self-reflection involves quite a bit of confusion, as it is hard to reconcile the heart-wrenching news of oppression with our daily experience of meeting, interacting with, living among - being - strong, confident, successful Muslim women.

Recent news of such gender oppression includes a Saudi judge's refusal to annul an 8-year old's marriage to a 47-year old man. (http://edition.cnn.com/2009/WORLD/meast/04/15/saudi.child.bride/) On April 11, a judge from the Saudi city of Onaiza refused for the second time the request of the girl's mother to annul the marriage. The 8-year-old's father had agreed to the marriage as a way of paying off debt to the man who became her husband. The judge stuck to his earlier ruling, holding that the girl could petition for divorce once she reached puberty. In the meanwhile, the judge ordered that the 47-year-old groom refrain from engaging in sexual relations with the young girl.

Despite the judge's stated restrictions, the entire scenario disgusts us at our core. Not only has a young girl been bartered in exchange for relief from debt, but her body has been relinquished to a much older man in a position of dominance. To think that she will have free will to petition for divorce several years into this marriage seems cruelly ambivalent at best. Her innocence has been ravaged, and ours has too.

Accentuating the injustice of this incident is the mobile phone video of a teenage girl being flogged by Taliban fighter, which emerged in early April from the Swat Valley in Pakistan. (http://www.guardian.co.uk/world/2009/apr/02/taliban-pakistan-justice-women-flogging) In the video, a burqa-clad woman lay face down on the ground, with two men holding her arms and feet while a third one in an ominous-looking black turban whipped her repeatedly. As the video shows, after 34 lashes, the woman was led into a stone building. Her crime: she was seen exiting her home with a man not her husband.

The strangeness we see reported on in the larger Muslim world, the spectacles that make the news, are as bizarre to us as they are to anyone else, except perhaps more so because they are blamed on a religion we share with the perpetrators. And we-as Western Muslims-referencing our lived realities, wonder how that can be.
Yes, problems exist, but they exist as they do in all other communities. And just as problems exist, achievements and successes do too, at a much larger scale than the hardships. Buried beneath the stories coming out of Saudi Arabia and the newly Talibanized Swat Valley are stories like that of Istanbul's first female mosque designer, Zeynep Fadillioglu. (http://news.bbc.co.uk/2/hi/europe/7985351.stm) Fadillioglu is a successful architect, known for her innovative designs for hotels and bars, and she now has translated her vision - contemporary, edgy - into an utterly beautiful mosque.

Both symbolically and literally, Fadillioglu has taken interpretative control of the religion - its space, its image, its definition. And so have other women, such as those involved in modern-day reinterpretation of Islamic texts, premised in part on sensitivity to gender differences. The Women's Islamic Initiative in Spirituality and Equity (WISE) is one such effort, based in North America. (http://www.asmasociety.org/wise/) It aims to develop a global legal council of empowered Muslim women who can speak out with authority and influence on issues relevant to Muslim women. And on an international scale, the Musawah Network of activists, lawyers, scholars, politicians, journalists and bloggers is working to redefine Muslim family law. (http://www.altmuslimah.com/a/b/a/2975/)

The Surprising, Spiritual Side of Margaret Mead
Kristin Du Mez
2 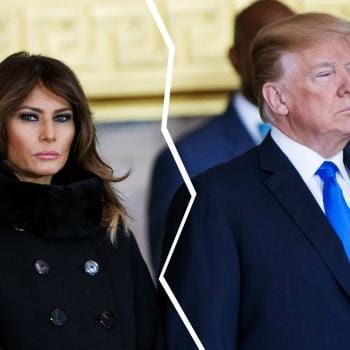 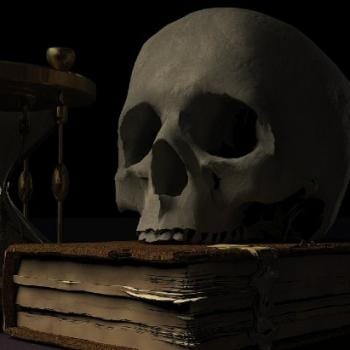 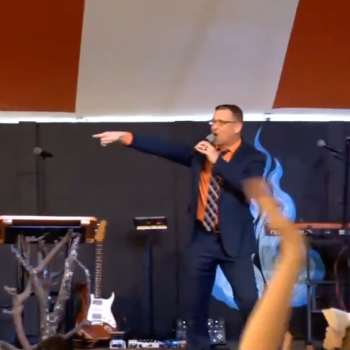 Hate-Preacher Promises to Bail Out Protesters at Abortion Clinics or Libraries
Hemant Mehta
Get Patheos Newsletters
Get the latest from Patheos by signing up for our newsletters. Try our 3 most popular, or select from our huge collection of unique and thought-provoking newsletters.
From time to time you will also receive Special Offers from our partners that help us make this content free for you. You can opt out of these offers at any time.
see our full list of newsletters
Editor's picks See all columnists