The Jewish Origin of the Vulcan Salute

On the practical end, the ability to make the salute is a bit tricky. Some say it's hereditary, like double-jointedness. (I myself can do it easily.) According to Nimoy's own account, he spent hours practicing it after he saw it in the synagogue. When the time came to use the Vulcan salute on the studio set, there it was, perfectly executed without a hitch. But actress Celia Lovsky, who played T'Pau, had difficulty making the sign. She had to set her fingers in place first, before the cameras rolled, and could only hold it briefly. In later episodes and movies, the irascible Doctor McCoy makes numerous wisecracks about "breaking his fingers" trying give the Vulcan greeting.

In addition to the salute itself, the ceremonial use of "Live long and prosper" and its lesser-known reply, "Peace and long life," also show a strong Jewish influence. The format is similar to a traditional greeting in Hebrew: "Shalom Aleichem" (peace be upon you) and the answer, "Aleichem shalom" (upon you be peace.) Muslims have a similar greeting in Arabic. Once again, we can see a strong parallel between Vulcan and Middle Eastern cultures.

(This material is excerpted from Chapter Four of Jewish Themes in Star Trek, (c) 2004, 2009 by Yonassan Gershom.)

Rabbi Yonassan Gershom is a Hasidic storyteller, teacher, and writer. He was born in Berkeley, California in 1947, and grew up in the Philadelphia area. He graduated from Mankato State University (MN) in 1975, and was ordained by Rabbi Zalman Schachter-Shalomi in 1986, and currently identifies as a Breslov Hasid.

He is best known for his groundbreaking work, Beyond the Ashes: Cases of Reincarnation from the Holocaust (A.R.E. Press 1992) and Jewish Tales of Reincarnation (Jason Aronson 2000). He lives with his wife, Caryl and a Noah's Ark of animals on a small hobby farm in Minnesota. His latest books are Jewish Themes in Star Trek (Lulu Press 2009) and Eight Candles of Consciousness: Essays on Jewish Nonviolence (Lulu Press 2009). Visit his website at www.rabbigershom.com

Read Rabbi Gershom's article on the Meaning of Existence and how it relates to "Star Trek" in the Public Square.

A Look At The Watchtower aka Jehovah's Witnesses...Updated
William Hemsworth
2 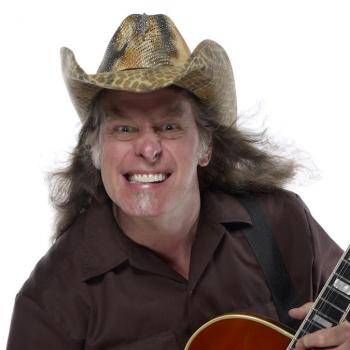 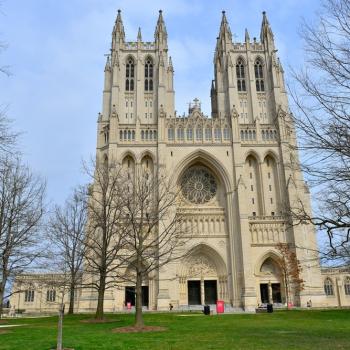 A Prominent Church Invited an Anti-Gay Speaker and Now Even the Bigots Are Mad
Hemant Mehta
Get Patheos Newsletters
Get the latest from Patheos by signing up for our newsletters. Try our 3 most popular, or select from our huge collection of unique and thought-provoking newsletters.
From time to time you will also receive Special Offers from our partners that help us make this content free for you. You can opt out of these offers at any time.
see our full list of newsletters
Editor's picks See all columnists