The most important written work to the Jewish people is the Torah (pronounced: Toe- Raaa). Jews read from the Torah publicly three times a week and on every holiday, and they have been doing so for more than 2,000 years. Yet this term has been used in many contexts with many meanings. It can be used, for example, to refer to the entire body of Jewish teachings. But in its most exacting form, it has two meanings. The first meaning is simply the first five books of the Jewish Bible.

Another name for Torah is the "Five Books of Moses." The name derives from the traditional belief that G-d gave to the Jewish people, through Moses, the Torah on Mt. Sinai. The five books are Breashit (Genesis), Shemot (Exodus), Vayikra (Leviticus), Bamidbar (Numbers), and Devarim (Deuteronomy). The Hebrew names Breashit, Shemot, Vayikra, Bamidbar, and Devarim are the first important word or words in the book. Braeshit is translated as, "In the Beginning"; Shemot means "Names"; Vayikra is "And (G-d) called." Bamidbar means "in the wilderness" and Devarim is translated as "(these) words." (The term "G-d" is used to respect the traditional Jewish prohibition against spelling the name or title of the deity in full.)

The familiar Greek names-Genesis, Exodus, Leviticus, Numbers, and Deuteronomy-are descriptions of the main emphasis of each book: Genesis is about beginnings: the beginning of the world and human existence and the beginning of the Jewish people through Abraham, Isaac, Jacob, and Joseph. Exodus is the story of the Children of Israel from slavery in Egypt to the early part of the wanderings in Sinai. Leviticus contains many of the laws having to do with rituals overseen by the Levites (thus the name Leviticus). The Levites were one of the Twelve Tribes, and their position was as priests in the Tabernacle (Ohel Mo'ed in Hebrew), the portable Temple of the Jews in the wilderness. Numbers continues the story of the journey of the Israelites beginning with a census taken during the wanderings. Finally, Deuteronomy is so named because in Moses' sermons contained in this book, there is a review of many of the laws given in Exodus, Leviticus, and Numbers (deuteros meaning "second," and nomos, "law").

Torah is broken into books, chapters, and verses, but it is also broken down into Parshiyot or Sidras. These are portions that are read on a weekly basis throughout the Jewish year and on special holidays. Braeshit has 50 chapters and 1,534 verses, which comprise twelve Parshiyot. Shemot has 40 chapters and 1,209 verses separated into eleven Parshiyot. Vayikra is comprised of 27 chapters, 859 verses, which are divided into 10 Parshiyot. Bamidbar contains 36 chapters, 1,288 verses, 10 Parshiyot, and, finally, Devarim contains 34 chapters, 955 verses, and 11 parshiyot. (The entire Torah contains 79,976 words and 304,805 letters.)

Rabbi Bahir Davis studied at various yeshivas in the United States and Israel and holds two Smichot (ordination certificates); one signed by rabbis from many branches of Judaism, including the late Rabbi Alexander Schindler (zt'l) past President of the Union of Reform Judaism, and another from the founder of the Jewish Renewal movement, Rabbi Zalman Schachter-Shalomi. Reb Bahir is a Maggid (storyteller) in the best tradition of Jewish storytelling and is known for his vibrant humor and imagery.

Reb Bahir refuses to be connected with any one movement, preferring to serve the entire spectrum of the Jewish community. He is the spiritual leader of Rocky Mountain Hai based in Lafayette Colorado. 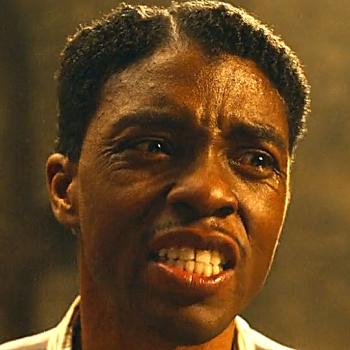 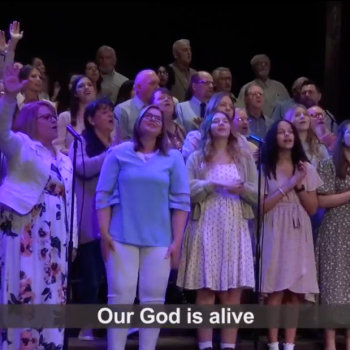 An Oregon Church Sued Over COVID Restrictions; 74 Members Now Have the Virus
Hemant Mehta
Get Patheos Newsletters
Get the latest from Patheos by signing up for our newsletters. Try our 3 most popular, or select from our huge collection of unique and thought-provoking newsletters.
From time to time you will also receive Special Offers from our partners that help us make this content free for you. You can opt out of these offers at any time.
see our full list of newsletters
Editor's picks See all columnists