Obama's Speech is a Fatiha, an Opening 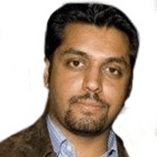 President Obama invites Muslim communities worldwide to join him as a "partner" dedicated to ending a "cycle of suspicion and discord." He strives "to seek a new beginning between the US and Muslims all around the world." Although Obama confessed, "no single speech can eradicate years of mistrust," he hopes Muslim communities will invest faith in his iconic presence as the world's first multicultural Superman and new ambassador of a tolerant, introspective and cooperative America.

Judging from the hype espoused by international news media and the blogosphere, Obama's address in Cairo, Egypt was the Star Wars Episode 1 of political speeches. Although the biracial son of a Kenyan man, who was raised in Indonesia and adorned with a middle name "Hussein," continued the elegant pleasantries to Muslims as echoed in his previous speeches, his bouillabaisse speech illuminated several gems despite offering little in terms of how his vision will be realized.

Obama's speech, which was meticulously and strategically crafted as if penned by a chess master, had to simultaneously appease millions humiliated and dejected by a hypocritical and brutal U.S. foreign policy, and also justifies U.S. objectives without appearing imperialistic or apologetic.

Indeed, many in the right wing pundit-sphere have already lambasted Obama's attempt at cordiality and self awareness of sins past - such as his mentioning of U.S. helping overthrow democratically elected Iranian President Mossadegh in 1953 - as a form of "weakness."  These antiquated relics of Yosemite Sam, cowboy diplomacy fail to realize Bush's ill-fated ventures in Iraq and his belligerent rhetoric of unilateral aggression have soured vital relationships with Muslim communities.  These diverse communities should have been treated as allies especially after the global empathy directed towards America following the 9-11 tragedy.

Listening to his words, Obama - who was greeted with "We Love You" from the packed Cairo University Hall - seemed to learn and evolve from the egregious mistakes of the former President, who acquired valuable evasive techniques while dodging shoes in his last Middle Eastern press conference.

Cementing his theme of "partnership," Obama intelligently intertwined the historical legacies of both Islam and "The West," highlighting the significant technological, scientific and medical contributions of a vibrant Islamic civilization that contributed to the evolution of the European Renaissance.  As an American, he empathized with Islam's "racial equality" and hope for "religious tolerance" while acknowledging, "Islam has been a part of America's story" - citing Morocco's recognition of the legitimacy of a then nascent United States of America with the 18th century Treaty of Tripoli. Furthermore, Obama cited the Quran nearly four times, each time greeted with a loud applause from an appreciative Muslim audience grateful that this Administration treats their Holy text with respect instead of flushing it down an Abu Ghraib toilet.

However, the reality remains the U.S. has killed thousands of innocents with their unilateral, reckless and unnecessary war in Iraq. The current military offensive in Pakistan and Afghanistan continues to yield causalities rising on a daily basis. Furthermore, the U.S. supports brutal dictators to the tune of billions annually, such as Egypt's very own Hossni Mubarak, which paralyzes the people's legitimate attempts at democratic reform.

Although Obama acknowledged Muslims have suffered under the yoke of colonialism and their countries have been selfishly used as "Cold War proxies," he did not apologize for what many in the world deem as American intransigence. Obama promised the U.S. is not a "self interested empire" although the devastating casualties of 50 years of U.S. foreign policy in the Middle East would surely cause most to disagree.

Instead of dealing with this historical legacy - which would be inconvenient to say the least - Obama is seeking a "clean break" and urged that if we are "bound by the past, then we can't move forward."

Despite his shameful silence over Israel's recent brutal bombardment of Gaza, which killed more than 1,300 civilian Palestinians, Obama deserves credit for acknowledging the suffering of the Palestinian people whom he said have "endured the daily humiliations - large and small - that come with occupation. So let there be no doubt: the situation for the Palestinian people is intolerable."

Although Obama reassured the world the U.S. bond with Israel is "unbreakable," and the onus on stopping violence lays on both parties - despite a global acknowledgement of the vast disparity between the occupied and occupiers - it was refreshing, honest and most welcome to hear a U.S. President refer to the Palestinians as actual human beings with a legitimate source of grievance.  Obama's reference to the civil rights struggle in America comparing the plight of African Americans for recognition and dignity to the Palestinian hope for self-determination and respect was bold and inspiring.

Obama's desire for a two state solution and his adamant stance on the illegitimacy of Israeli settlements on occupied Palestine land will undoubtedly cause friction with the bellicose hawk Netanyahu and the powerful AIPAC lobby. The world waits to see if Israel continues on its course of settlement building, which would not only undermine the peace process and continue to inflame extremists, but also seriously humiliate America as a neutered superpower that cannot influence its ally, even though it supplies Israel with billions in foreign aid.

Unlike Bush, Obama at least offered to talk to Iran, thereby opening avenues of negotiation and discussion "without precondition on basis of mutual respect." However, Obama quite hypocritically expressed concern about nations developing nuclear weapons and desired - quite fancifully - that "no nations" would have nuclear weapons one day, despite being the President of the only country in history to ever use such weapons. The sad reality that is acknowledged by all is that the mutually assured destruction scenario is perhaps the only reliable stalemate preventing World War III, thus ensuring threatened nations will undoubtedly seek and develop nuclear weapons in the near and distant future.

However, there is hope. Despite being routinely viewed as anti-American, extremist fanatics who despise democracy, Muslims in Cairo warmly applauded Obama's statements on the promotion of democracy, free speech, women's rights, education and technology. The audience also applauded each time Obama quoted a verse from the Quran, and especially when he began his speech with "As-salaamu ‘alaykum."

The fallacious statement that religiosity is incompatible with secular democracy, or that religious people, like Muslims, cannot coexist with "Western" ideals of liberalism should be moot especially in the face of popular Muslim support for secular governments in Turkey and Indonesia. Furthermore, Obama should be applauded for reaching out to such religious communities and including them in the dialogue. Sadly, many liberals assail religion to the point of religious bigotry and needlessly and quite foolishly turn away valuable allies in the faith-based communities willing to unite over shared goals.

According to a Gallup poll, an overwhelming majority of Muslims embrace democracy and democratic principles, yet many live under the tyrannical boot of selfish autocrats who stifle such reform movements. Although Obama gave a subtle jab to Arab dictators, like Egypt's Mubarak, when he said, "there are some who advocate for democracy only while they are in power, once in power they are ruthless in suppressing rights of others," he must acknowledge that the U.S. has always supported these dictators as reliable and convenient allies.

If Obama is truly seeking partnership with Muslims in combating the fringe element of extremists and terrorists, he must leverage U.S. economic and military power to influence the viable growth of democratic movements in countries such as Egypt, Pakistan and Saudi Arabia.

Muslims must also extend their hand and meet Obama in the middle - those who are apathetic must jettison their nihilism and stereotypical attitudes towards the United States as the epicenter of all moral and ethical evil, and instead make proactive efforts to reclaim their religion and their values hijacked by a fringe, terrorist minority. Muslim Americans must also put up or shut up. One cannot expect a voice at the table if one is unwilling to participate in dialogue, cooperate with their neighbors, or engage in civic institutions.

Towards the end of his speech, Obama stated that we, as a global community, must "choose the right path, not the easy path." This statement reminded me of a verse in the first chapter of the Quran, Surat al-Fatiha, which means "The Opening."  Muslims recite the following in their daily prayers: "Guide us to the straight path; the path of those on whom You have bestowed your grace, not of those who have earned Your anger, nor of those who go astray."

Placating words, inspiring speeches and promises of mutual respect is most welcomed and an encouraging progress towards partnership. Ultimately, action and conduct define the righteousness of one's professed intentions.  After decades of mutual distrust, enmity and bloodshed, the world hope Obama's visit to Cairo opens an avenue of conciliation and respect between Muslim communities and the United States - a path where both partners can finally meet in the middle and extend their hands in friendship and understanding.

Wajahat Ali is an American Muslim of Pakistani descent. His play, The Domestic Crusaders, is a play about the American Muslim experience and making its New York premiere on 9-11-09 at the Nuyorican Theater.