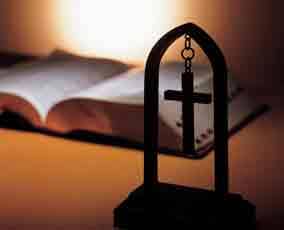 By Matthew Potts and Gateway Team
Protestantism, like other Christian traditions, recognizes the life and death of Jesus of Nazareth, a wandering first century Jewish teacher executed by Roman authorities, as the singular divine revelation of God. Along with Christians all over the world, mainline Protestants have inherited two thousand years of highly developed tradition and teaching surrounding the signs and significance of Jesus. But unlike Roman Catholic Christians and Orthodox Christians, Protestants also cherish a unique network of practices and beliefs based upon the work and writings of the great Christian reformers of the fifteenth and sixteenth centuries. These great reformers, like Martin Luther and John Calvin, caused a revolution in Europe as they sought to rejuvenate the Christian church through careful reflection, deep scriptural study, and thorough reform of church leadership. The term “mainline,” meanwhile, is unique to America, and refers to those American Protestant denominations brought to the United States by significant European immigrant constituencies, and includes the Methodists (from England and Wales), Lutherans (from Germany and Scandinavia), Presbyterians (from Scotland), Episcopalians (from England), and Congregationalists (mostly from England).

Patheos.com is the premiere online destination to engage in the global dialogue about Mainline Protestantism and to explore and experience this tradition in comparison to the world's other faiths and religious practices. Patheos is unlike any other online religious or spiritual site and is designed to serve as a resource for those looking to learn more about different belief systems, as well as participate in productive, moderated discussions on some of today's most talked about and debated topics. At Patheos you will discover content that is reflective, substantive, spiritually uplifting, critical and often in dialogue with other traditions in the world.

The Mainline Protestant Gateway is run by a team of academicians, pastors and laypeople and is a place to:

* Explore Mainline Protestant beliefs and history through a deep library of accurate, balanced information on Protestantism, as well as through unique interactive lenses that allow visitors to compare, contrast and explore religions and belief systems in new and innovative ways.
* Enrich the global dialogue on religion and spirituality through responsible, moderated discussions on critical issues in Mainline Protestantism and across religious traditions, in the site's unique Public Square.
* Experience Mainline Protestantism, both online and off, through a variety of academic and inspirational resources, multimedia applications, online directories, sacred places and spiritual retreats.
* Engage in intra-faith discussion, study and spiritual practices with a community of like-minded believers.