Why President Obama Should Fire the Historian on His Speechwriting Staff 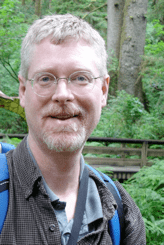 President Barak Obama's speech in Cairo this week was inspired. In it, he validated the indigenous moral wisdom of Islam, confessed the moral shortcomings of the U.S.-two things that it was very important for the Muslim world to hear from a western leader-and invited us to reflect on a way to re-energize our shared belief that we ought to do unto others as we would have them do unto us.

Four times he quoted verses from the Quran, acknowledging his respect for it through the familiarity he demonstrated with some key passages. He pulled from the Quran words I've heard Muslims themselves quote to demonstrate their opposition to violence, "Whoever kills an innocent, it is as if he has killed all mankind." And he leaned heavily on a verse that is the cornerstone of Islamic multiculturalism, "O mankind! We have created you male and female; and we have made you into nations and tribes so that you may know one another." In this he recognized the impulses for peace and tolerance that shine like jewels in the charter document of Islam. These are not alien ideals to Islam, as Muslims themselves know; they need not be imported from the West.

This validation of Islam's own moral resources was important. Equally important was for Obama to confess sins that are at the heart of the Muslim world's distrust toward the West. He did this with unprecedented frankness. He admitted to the damage and insult that have been caused in Muslim lands by western colonialism, by Cold War wire pulling, and the self-serving war in Iraq. He acknowledged the backroom surrender of our commitment to human rights in the aftermath of 9/11. He granted that when governments with nuclear arsenals enact sanctions against those without these weapons-in the name of non-proliferation-they can be heard to speak with forked-tongues. He admitted that the policies of the U.S. toward the Arab world have been dominated by our craving for oil. He conceded that with the Internet and television the darker side of American popular culture-with its pornography and graphic violence-has overwhelmed and contaminated Muslim societies trying desperately to preserve more traditional values.

He was also candid about moral shortcomings of some in the Muslim world-Holocaust denials and vicious exercises in anti-Semitism, the tyranny of Saddam Hussein, the violent extremists who are harbored in Muslim-ruled lands, and the stubborn view that 9/11 was staged by western governments.

At points, however, President Obama overreached in his praise of Islam at the expense of the West. While it may be a useful fiction, it is nevertheless a fiction to contrast, as he did, the "proud tradition of tolerance and racial equality" of Islam in medieval Spain to the contemporaneous Inquisition in Christian Europe. This is a reference to what some popular historians call the "Golden Age of Andalusia." Most of Spain was under Muslim rule for 700 years, and for much of that time a significant proportion of the inhabitants were Christians and Jews. For the first three centuries (beginning in the 8th century) there was a remarkable level of interfaith cooperation and respect, with Christians and Jews prospering culturally and economically-and this is the reality underlying the myth of the "Golden Age." But it began to unravel around 1060 C.E. with the shift of power from the Umayyad caliphate to the Almoravids, who initiated massacres of tens of thousands of Christians and Jews in Spain beginning in 1066, destroyed their places of worship and systematically persecuted them for the next 400 years.

The Inquisitions did not come into existence until 1230 in Europe, and did not reach Spain until 1479. And for the same three centuries that non-Muslims were tolerated peacefully in Muslim Spain, non-Christians were tolerated peacefully in Christian Europe. The Golden Age of tolerance was simultaneous in both Christian Europe and Muslim Spain, and the eruption of religious intolerance was also simultaneous. In short, President Obama based part of his appeal to the Muslim world today on the perpetuation of the misconception that western Christianity practiced religious violence for centuries under the shadow of an Islamic reign of interfaith hospitality. He might consider firing the historian on his speech writing staff.

That is an unfortunate weakness in his message, but it is certainly counterbalanced with the rest of the speech. As a counterweight to this bad history, he repeatedly appealed to his listeners to "not be prisoners to the past," but to "seek a new beginning." He spoke of the "tragic history" of the Jews, the "tumultuous history" and the "decades of mistrust" between the U.S. and Iran, and of "tension rooted in historical forces" that plague relations between the U.S. and Muslims around the world. Even if he got some of that history wrong, distorting what our distant ancestors were guilty of, he is surely right that there is a poison in our relations today that is long in the making. And his invitation to all of us is to grasp beyond what our histories have conditioned us to believe is inevitable, to "reimagine the world, to remake this world," and move forward. He refers to it as God's vision, and asks us to harness our inherited belief that we ought to do unto others as we would have them do unto us to the fragile hope that we might find a way to "live together in peace."

All three Abrahamic faiths-Judaism, Christianity, and Islam-are oriented by virtue of our scriptures to be both dedicated to the wisdom of our pasts and drawn toward eschatological visions of a future justice that has never yet been. This week, Barak Obama spoke our language.