Believe in Your Vocation 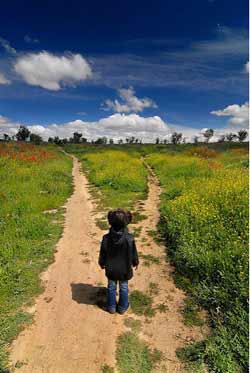 Work is tough, full of disappointments -- and that is true even of work that many people envy, such as my own.

I have never understood why people consider writing to be a glamorous career. To succeed as a writer, you need the constitution to stare at a computer screen for days on end, trying to craft a few pages that someone will read in five minutes on an airplane. You need a skin thick enough to not flinch when editors take your best efforts and casually clean them, cutting off the head and pulling out the guts. You need the doggedness to take blunt rejection and try again . . . and again, and again.

Other kinds of work are tough too, I know. Farmers play poker with the weather and the bugs. Salesmen treat customers like friends and in return get treated like slime. And should I mention the restaurant business?

Earlier this year, I went through a time of great frustration in my job. It was partly due to fatigue, I think. We’d had some deaths in my family, which left me worn down. And then I went through a patch where nothing I did seemed right. I proposed projects which got shot down, and when I wrote on assignment, editors scraped away at my prose until only scraps were left. That’s normal, part of the process, but I felt frustrated and unappreciated.

I had to go back and relearn the right attitudes.

I need the right attitude to work hour to hour and long term.

Hour to hour, it’s simple: do the work. I had to stick my rear in my chair and not get up until I had finished a major chunk of work. That meant resisting distractions from phone calls and emails and news reports.

If you don’t stick to it hour to hour, your discouragement will build. But if you work hard in the short term, you’ll accomplish something. You’ll find the work itself meaningful -- and there’s a good possibility your failures will turn around. That happened to me.

Long term, I had to remember why I was working in the first place. I had to believe in my vocation all over again. In the deepest sense, I needed to know that I do the work because God wants me to do it.

Both these attitudes, long term and short term, reflect what Paul wrote to the Philippians: “Your attitude should be the same as that of Christ Jesus.” He goes on to describe how Jesus became a humble servant, obedient even to the point of death (Phil. 2:5-8).

Hour by hour, a servant’s focus is very limited. Servants listen for directions, and they do exactly what their boss expects. In the longer term, servants know why they are working: because they have a master who has called them to service. We are meant to be servants of God.

Listen to your Boss, he’ll tell you what to do.

Believe in your vocation because you know who called you to it. And do your work because God is behind it.


Tim Stafford has written 20 books and many magazine articles. He is Senior Writer for Christianity Today Magazine. His best known books include Knowing the Face of God, As Our Years Increase, The Student Bible (with Philip Yancey), Love, Sex and the Whole Person, and a series of historical novels of American social movements, The Stamp of Glory, Sisters, and The Law of Love. His most recent book is Surprised by Jesus: His Agenda for Changing Everything in A.D. 30 and Today.

Originally published at TheHighCalling.org as “Get Your Attitude Right.” Reprinted with permission.