For Tisha Ba'v: After the Drive Crashed 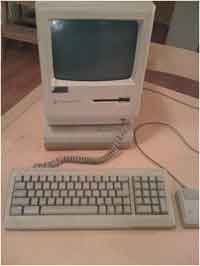 Every zeitgeist, every paradigm, has embedded a particular understanding of how things work. We draw upon our paradigms and emerging technologies because they effectively express what's happening from our perspectives at a point in time. In the following piece, Reb Zalman uses the paradigm of the computer, to talk about The State of the Jewish Mythic World. He sends this as a meditation for Tish'ah B'av, ("How doth the city sit solitary that was full of people" - Eicha 1:1), which occurs this year on the evening of Wednesday, July 29th.

My hard drive and mother board crashed. If you ever experienced such a breakdown of this "extension of your memory," the holder of your information, you will understand what I went through as my invisible, cyber, world support became inaccessible to me. It is a kind of computer-related depression and a grieving for the files I failed to back up, now forever lost. And as I remembered what I had lost, I set out to do whatever it would take to restore everything to the status quo ante quem so that my life would continue uninterrupted. And in these cases, we try to do just that.

Now imagine it was old DOS, or system 6 Mac that crashed, and as you pursue the restoration, you are told that a Pentium motherboard, a faster netsurfing modem, and the latest of Windows or newer Mac OS are available; that in fact, you can improve your situation by building a new, broader platform for your information base.

Before you upgrade, you will first have to satisfy concerns about whether the new system will be able to handle the old software applications you will need to re-establish and whether the back-ups and restores will be able to help you work your backed up information back in. In other words, while you are interested in using the best you can get together at this time, your new system has to be downward compatible.

Speaking of time: In the time dimension, after a computer crash, I am tapping into the workaholic in me, and I am devastated because of time commitments. The frustration blocks everything but frantic casting around and my desire to get it all fixed and back to where it had been.

But now, Shabbat comes and, I realize I can't do anything about it. So for the next 48 hours, I must make a shift. As I get in touch with dimensions of time and beyond the market place, work-place mentality, I suddenly become aware of this as a gestalt of my weekday calamity, and I awaken to a perspective of this situation in a larger field.

I enter into the world of the Mashal Haqadmoni / the mythic world, the Primal Myth, (cf., Rashi on Exodus 21:13), I begin musing on Jewish History and on mythic dimensions that hold our world together and allow the sparks of kabbalistic light to illumine the field.

Here is what arose for me:

Shvirat Hakelim / the breaking of the vessels: God creates worlds and destroys them (cf., Zohar, Tishby, Mishnat Hazohar [Hebrew], I: 138, 150, 183-4). The Cosmic catastrophe - the vessels are shattered - there is only chaos - Tohu - where there was before a semblance of Tikkun - order.

Mashal <-> Nimshal is the way we talk about a parable (mashal) and ways it applies to other situations (nimshal); it is a story told that contains a spark of insight and will evoke an image, a pattern, a Gestalt that becomes independent. A mashal can be lifted off the original setting - and still the dynamics inherent in the analog's original setting can be transferred to a yet incoherent mass of data. And when that template is placed on the Tohu, the chaos, a pattern emerges that makes for the original spark of insight to be applied to give meaning to what before was only bewildering.

So to permit a pun; the digital world of the computer has become for me a great analog, mashal <-> nimshal:

My first computer, with what was at that time an awesome amount of memory (36 K) and a cassette tape drive to save the data at 300 baud, was a revelation for me. Software had the power to take the written Torah and make it flexible - in soft "ware" as if it were, Oral Torah. The "mind" of the computer freed me from a kind of "fundamentalism" of Gutenberg's imprimatur and the once written script, which had been the basis for the printed, written Torah. Each time I corrected copy on that primitive word processor it looked cleaner and better than before. Not so my editing on paper that would make for a messier page with every bettering.