Why Tolerance is Not Enough 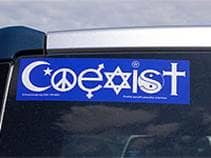 The compatibility of Islam and pluralism is sometimes defended by referencing examples of Islamic "tolerance" of minorities in centuries past. Some Muslims' interpretation of pluralism is colored by Islam's political power in the past, [1] and they define religious tolerance in terms of how religious minorities were treated in the Islamic Empire -- that is, as groups that were free to practice their religion as long as they obeyed the Islamic political order and paid taxes in return for protection by the Islamic state. As some modern Islamic thinkers argue, however, this form of religious tolerance is inadequate in light of changing human rights standards.[2] Whereas the Islamic Empire's notion of religious tolerance may have been appropriate for that time, Muslims in the modern age must re-evaluate and realize that the historical approach to religious tolerance must be modified. Conditional and condescending "tolerance" must be redefined to include mutual respect, equal treatment, and robust pluralism.

Contemporary Muslims' effort to grapple with pluralism and their political position in relation to the religious "other" is in some ways analogous to the challenge the American religious right has faced realizing that America is not a "Christian country" -- at least not in the sense that allows conservative Christianity to hold a privileged position. In both cases, a religious group that once dominated a society is coming to terms with greater diversity and the demands of justice in a pluralistic context. [3]

For Muslims, dealing with pluralism will require creative re-interpretation of their scriptural sources and re-evaluation of their historical experiences. This process of creative analysis is evident in Farid Esack's article, "Muslims Engaging the Other and the Humanum," [4] which provides a new Islamic perspective on modern religious pluralism. The question Esack seeks to address is: "How do Muslims engage the religious other in a world that increasingly defies geographical, political, religious, and ideological boundaries?"

According to Esack, Qur'anic discussion of the other is framed largely in terms of the early Muslims' relation to the People of the Book. The reasons for this preoccupation are several and include the fact that, after the liberation of Mecca in 630 AD, most of the pagans converted to Islam. As such, early Islam formulated its position regarding religious tolerance with Jews and Christians living in the Muslim community.

Religious tolerance in the Qur'an is related to specific communities of Jews and Christians and the ways in which they treated and were treated by the early Muslim community. Because of the specificity of the groups addressed by the Qur'an, Esack holds that to generalize treatment of all Jews and Christians in a time and space beyond the original Medinan community is over-simplistic. Such a broad analysis ignores theological diversity within the Christian and Jewish communities; it also fails to recognize that these groups' practices and beliefs evolve or change with time. A more accurate reading of the Qur'anic discussion of Jews and Christians, therefore, should focus on the specific "sources of beliefs, as well as their many nuances, which characterized the various communities by the early Muslims."

Esack notes that throughout Islamic history the phrase "People of the Book" has not been defined in relation to a dogma; rather, the focus has been on "area of practice and attitudes." At various times in Islamic history, therefore, the category included groups as diverse as Hindus, Buddhists, Magians, Zoroastrians, and Sabians: "In all of these attempts to extend the boundaries of the [Q]ur'anic People of the Book, Muslim scholars implicitly acknowledged the situation-boundedness of the Qur'anic categories."

If "People of the Book" signifies those to whom Muslims are required to extend religious tolerance, and who as such hold a special place in Islam, then the exact definition of this term is central to any analysis of Islam's approach to religious pluralism. According to Esack, the main element differentiating the pagans from the People of the Book during the early Medinan period was the former's use of institutional religion to systematically oppress and exploit the disadvantaged. Pagans, or the "mushrikun," represent those who, according to the Qur'an, do not deserve Muslims' religious tolerance. Esack quotes Fazlur Rahman, who explains that the early Qur'anic texts:

[c]an only be understood against their Meccan background, "as a reaction against Meccan pagan idol-worship and the great socio-economic disparity between mercantile aristocracy of Mecca and a large body of its distressed and disenfranchised population ... Both of these aspects ... are so heavily emphasized in the Qur'an that they must have been organically connected with each other."